How We Configured Our Test Systems: We tested the graphics cards represented in this article on a MSI X570 Godlike motherboard, equipped with a Ryzen 9 5950X CPU and 16GB of G.SKILL DDR4 RAM clocked at 3,200MHz. The first thing we did when configuring the test system was enter the UEFI and set all values to their "high performance" defaults, then we disabled any integrated peripherals that wouldn't be put to use. The memory's clock was dialed in to its optimal performance settings using its XMP profile and the solid state drive was then formatted and Windows 10 Professional x64 was installed and fully updated. When the Windows installation was complete, we installed all of the drivers, games, applications and benchmark tools necessary to complete our tests. For all of the tests, Radeon RX 6000 series cards were tested using their "Balanced" performance profile with Smart Access Memory (Resizable BAR) enabled. 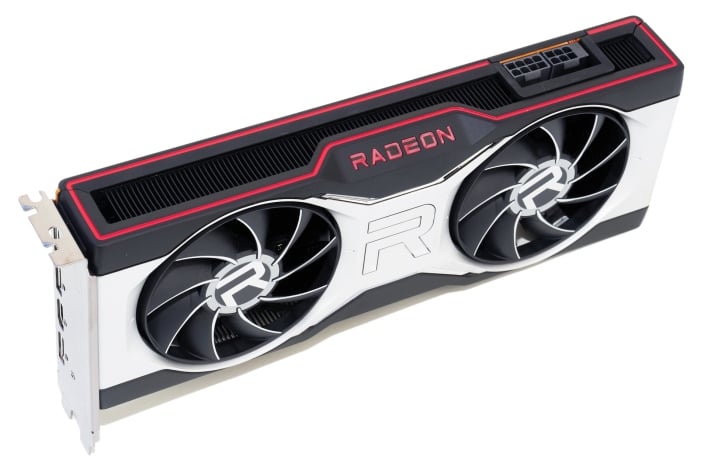 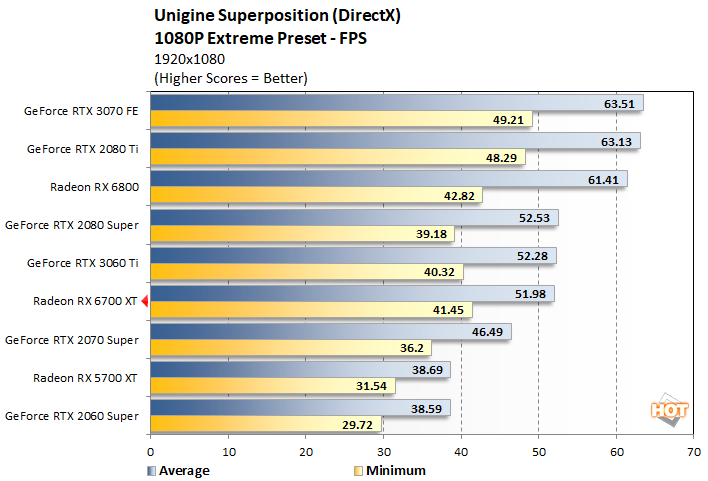 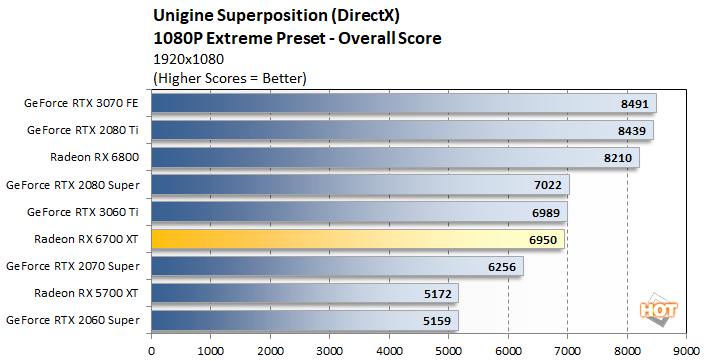 AMD's new Radeon RX 6700 XT finished ahead of the GeForce RTX 2070 Super and smoked the Radeon RX 5700 XT here, but just missed the mark set by the GeForce RTX 3060 Ti. The small delta separating the 6700 XT from the 3060 Ti, however, falls within the margin of error for this benchmark -- for all intents and purposes, they're tied here. 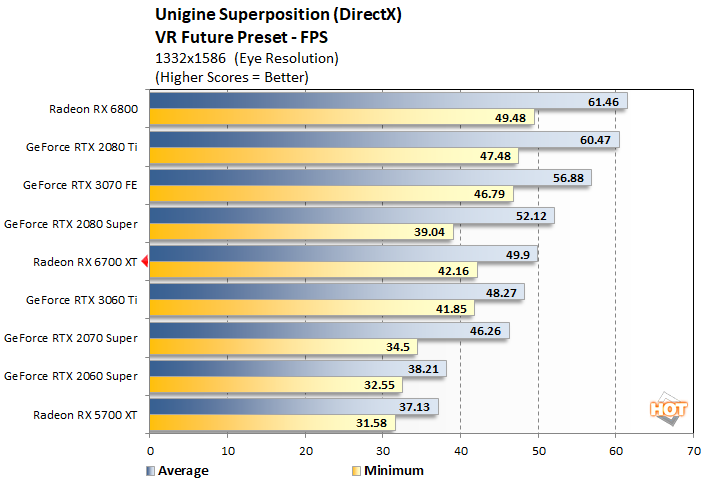 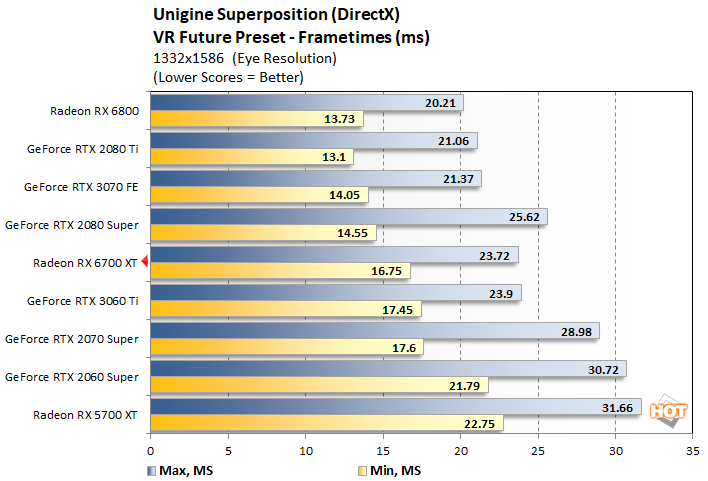 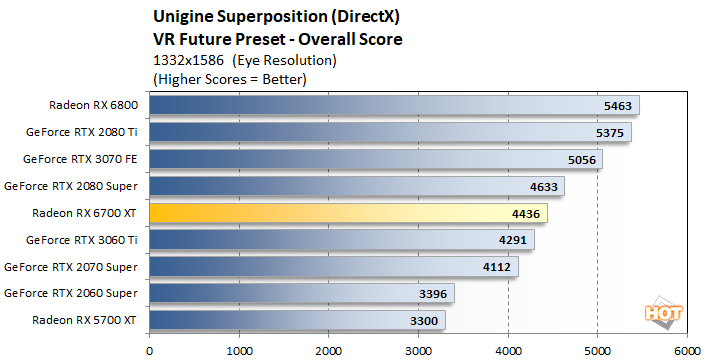 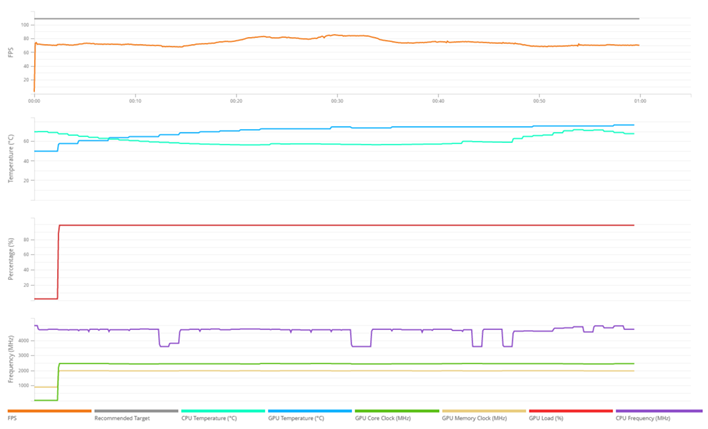 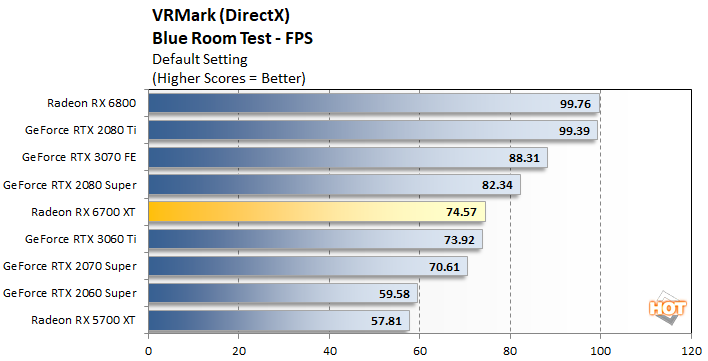 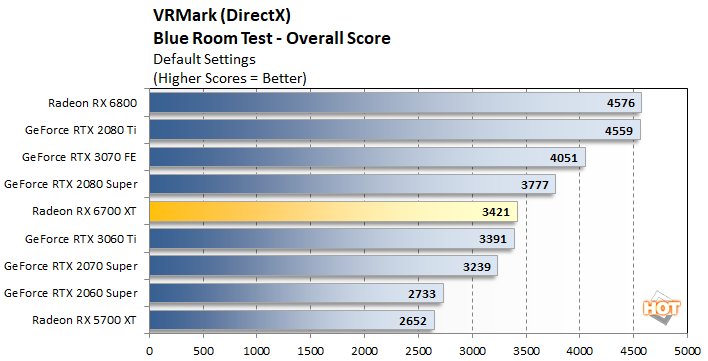 
3DMark Time Spy is a synthetic DirectX benchmark test from UL. It features a DirectX 12 engine built from the ground up to support bleeding-edge features like asynchronous compute, explicit multi-adapter, and multithreading. Time Spy is designed to test the DX12 performance of the latest graphics cards using a variety of techniques and varied visual sequences. This benchmark was developed with input from AMD, Intel, Microsoft, NVIDIA, and the other members of the UL Benchmark Development Program, to showcase the performance and visual potential of graphics cards and other system resources driven by close-to-the-metal, low-overhead APIs. 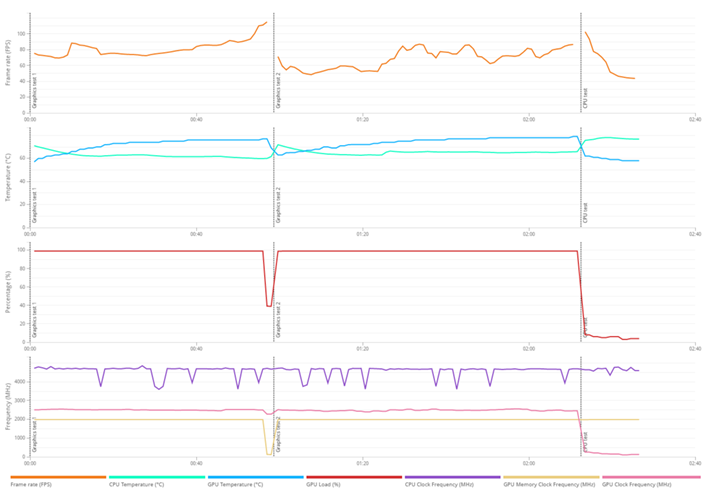 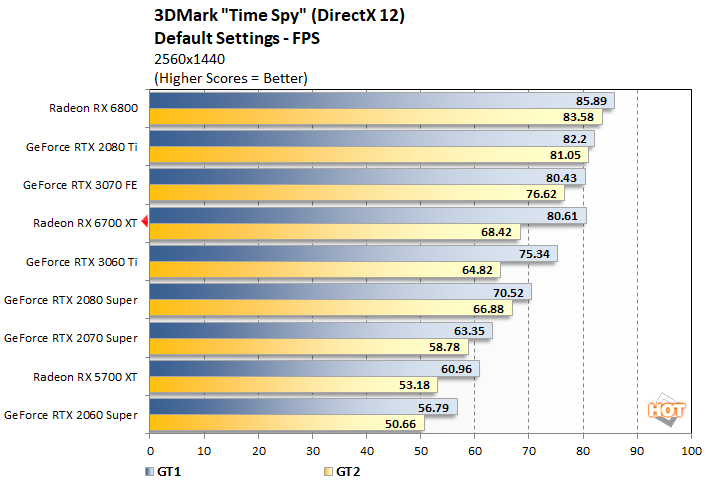 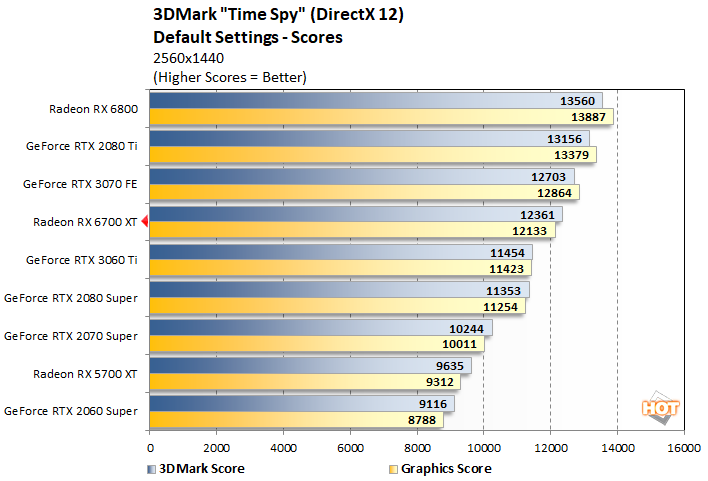 In the DX12-based 3DMark Time Spy benchmark, the Radeon RX 6700 XT lands just behind the GeForce RTX 3070 in terms of its overall score. If you check out the individual results though, you'll see the two cards traded victories in Game Tests 1 and 2. 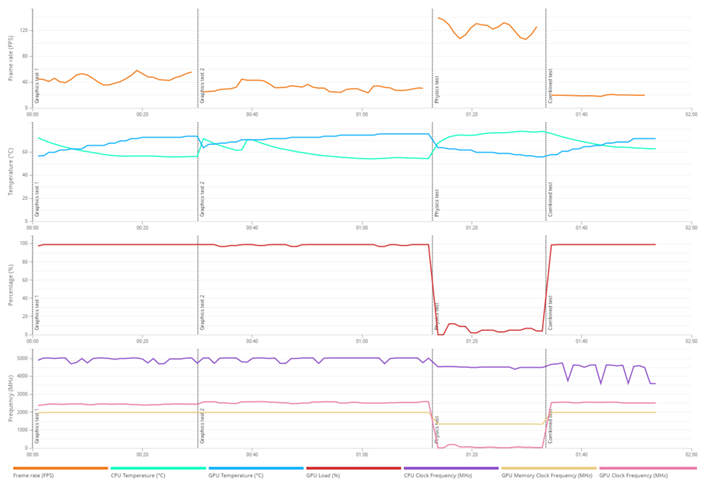 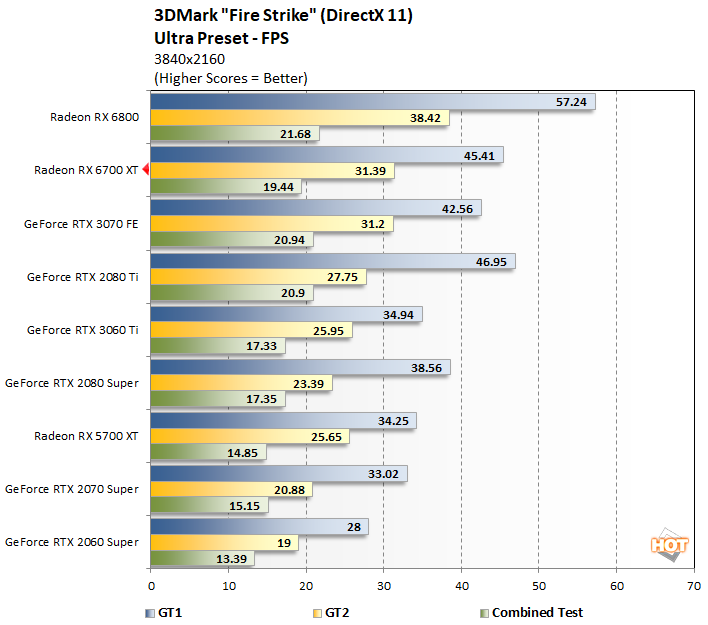 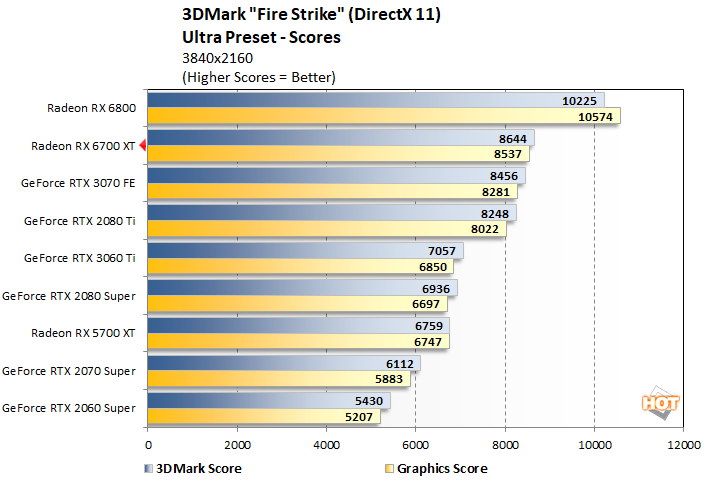 The new Radeon RX 6700 XT put up some particularly strong numbers in 3DMark's DX11-based Fire Strike Ultra benchmark. The Radeon RX 6700 XT pulled ahead of the GeForce RTX 3070 here and trails only the higher-end Radeon RX 6800. The much bigger, more powerful GPU on the RX 6800 does boost performance significantly though. 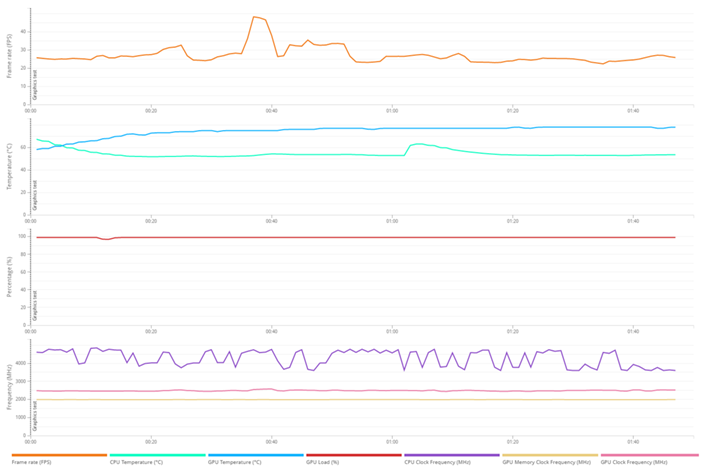 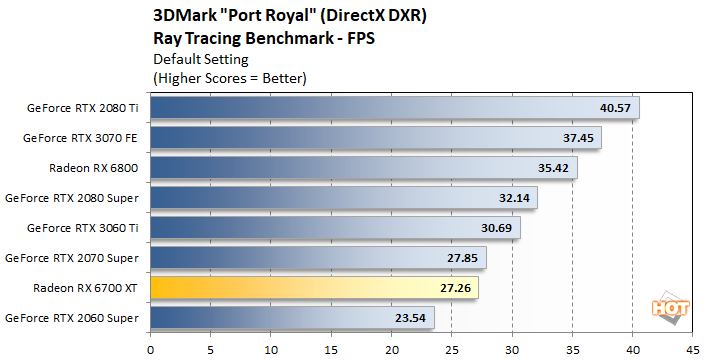 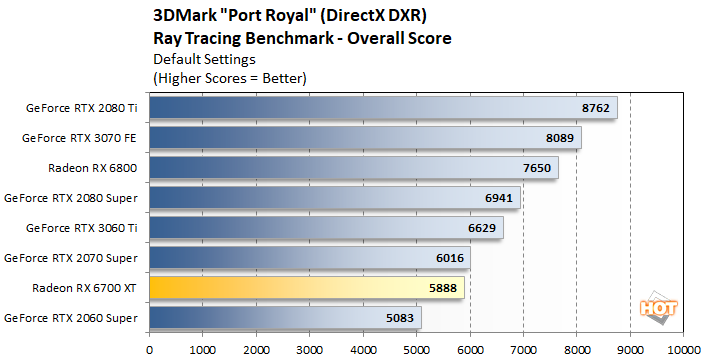 3DMark's Port Royal benchmark requires DXR-enabled drivers, so the Radeon RX 5700 XT drops out of these charts. As we've mentioned in some of our initial Radeon RX 6000 series coverage, this is AMD's first foray into hardware accelerated ray tracing, which is evidenced by these results. The Radeon RX 6700 XT falls in just behind the previous-gen GeForce RTX 2070 Super and can't keep pace with the Ampere-based GeForce RTX 3060 Ti or RTX 3070.

We also played with the DirectX Ray Tracing Feature test, which was recently released as an update to 3DMark. This test requires dedicated ray tracing hardware and software as well... 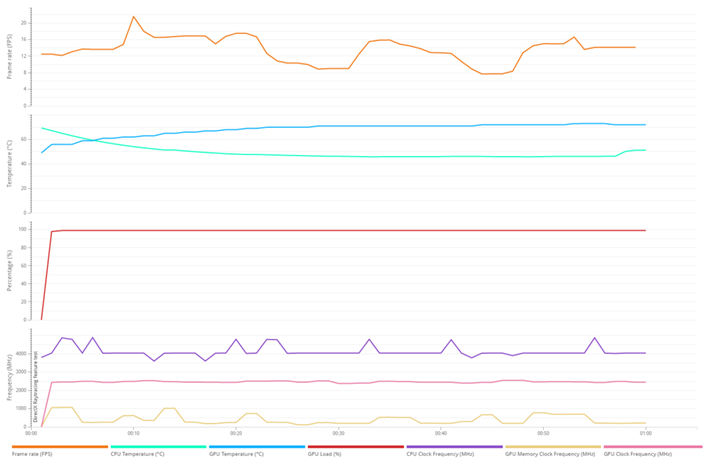 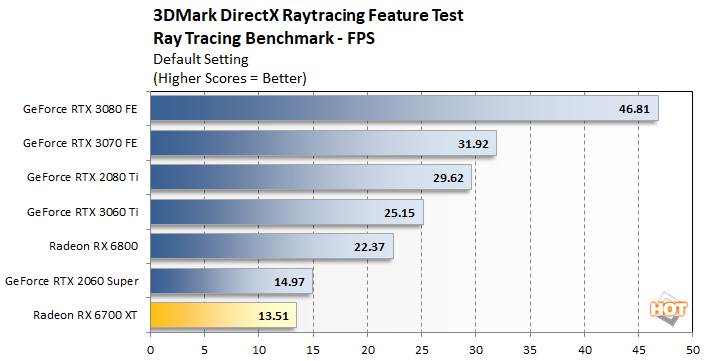 The Radeon RX 6700 XT drops down a rung in this ray tracing test and finishes behind the GeForce RTX 2060 Super.
PREV PAGE NEXT PAGE