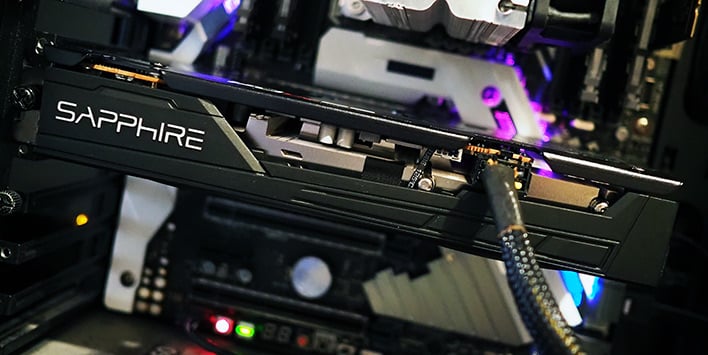 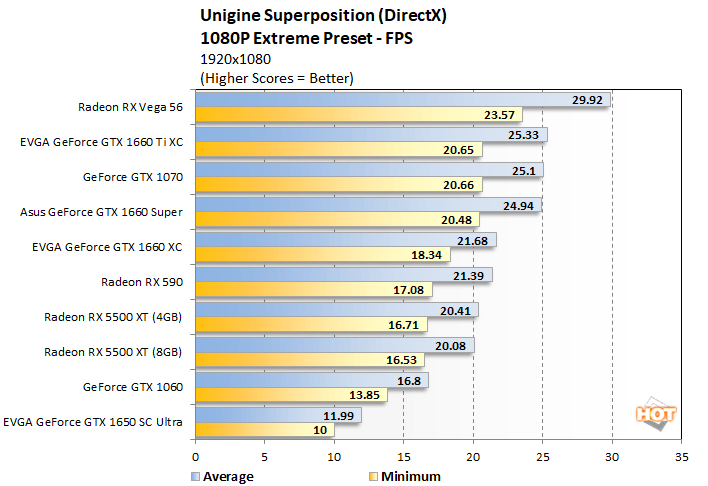 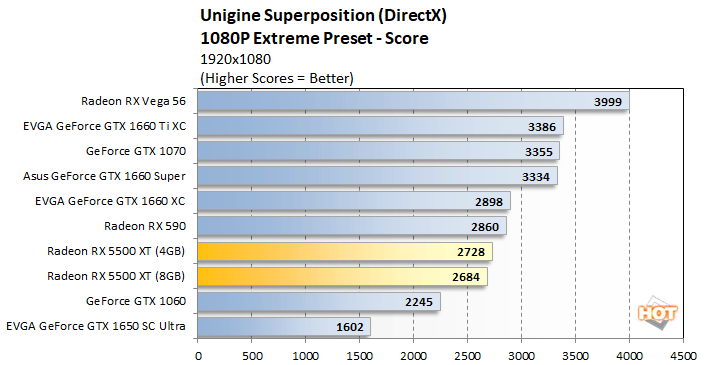 The new Radeon RX 5500 XT cards land well ahead of the GeForce GTX 1060 and GTX 1650 here, but ultimately finish behind the Polaris-based Radeon RX 590 and GeForce GTX 1660 cards. The 4GB card also manages to squeak out a victory over the 8GB card, which proves this benchmarks doesn't use more than 4GB of memory at 1080P -- this won't always be the case, though. 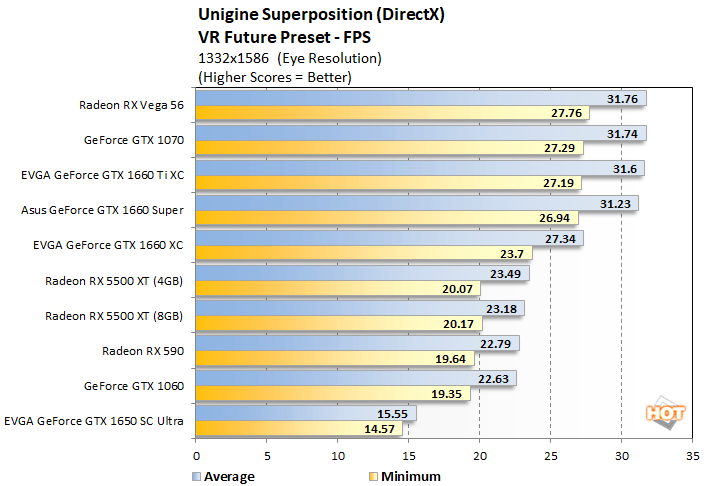 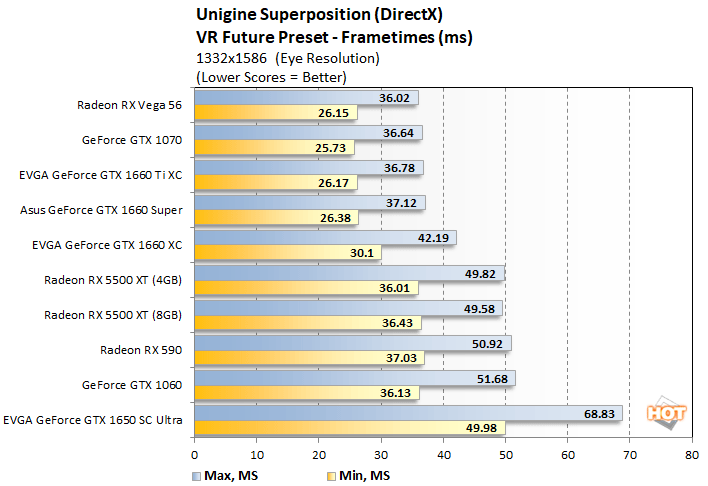 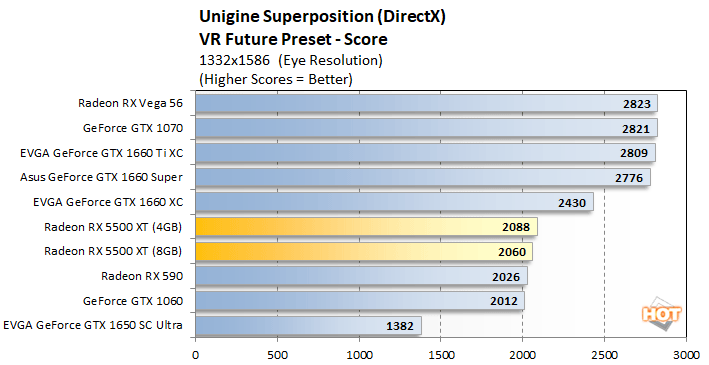 Unigine's VR Future benchmark has the new Radeon RX 5500 XT cards moving up a rung and outpacing the Radeon RX 590, but finishing a good 20% behind the GeForce GTX 1660 cards, not to mention the higher-end, more expensive offerings. 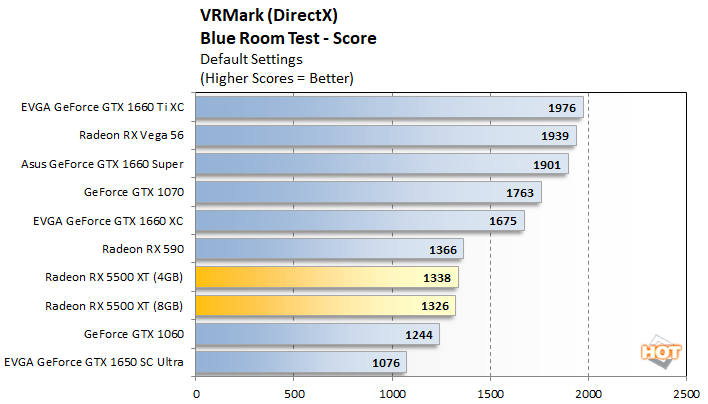 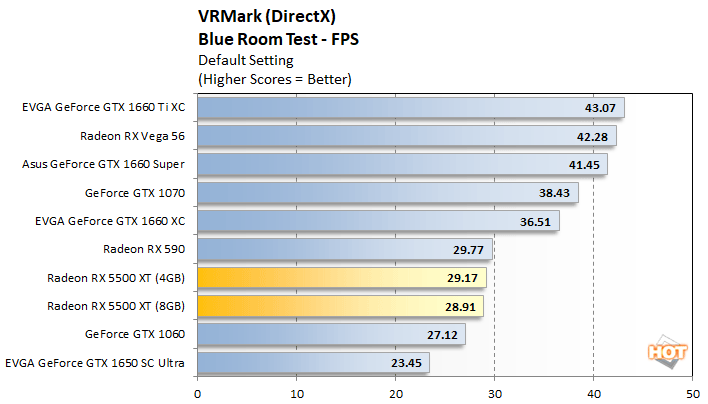