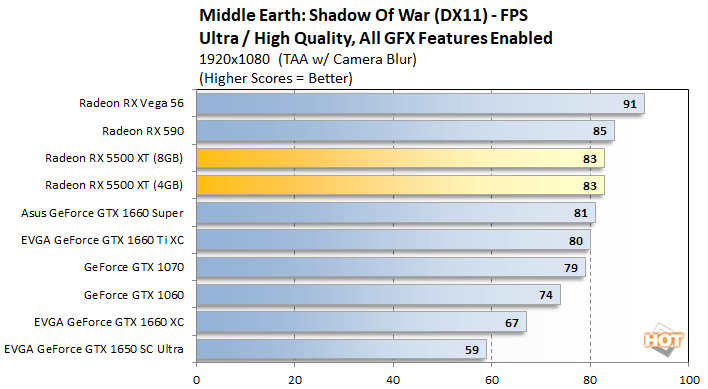 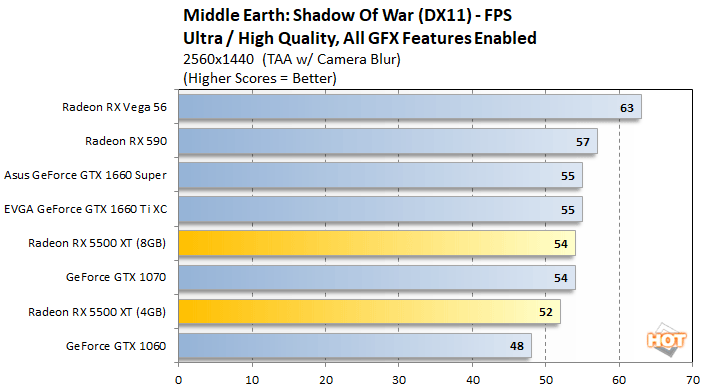 In the Middle Earth: Shadow Of War benchmark, we see the Radeon RX 5500 XT cards offering up 83 FPS at 1080P, which puts them behind the Vega 56 and RX 590, but ahead of all of the mainstream GeForce cards we tested. With the resolution cranked up to 1440P, the GeForce GTX 1660 cards are able to overtake the Radeon RX 5500 XTs, however, and we see the 4GB variant trailing the 8GB card by a couple of frames per second. 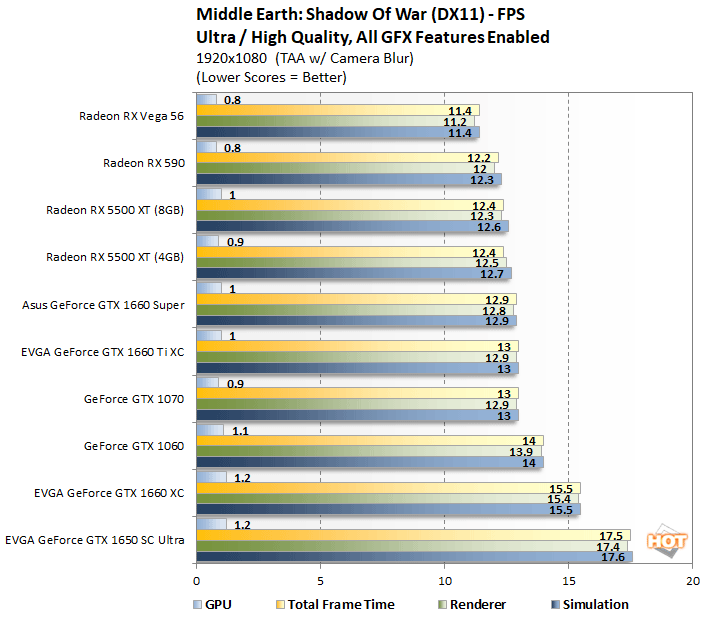 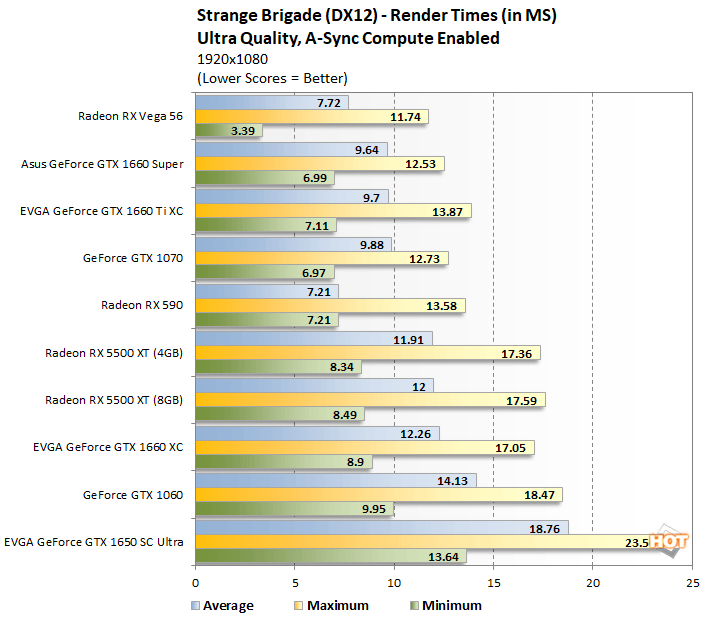 The frame and render time data in Shadow Of War jibes with the frame rates above (as you would expect), and shows the Radeon RX 5500 XT cards taking a touch longer to crank through the workloads than the Radeon RX 590.
Rise of the Tomb Raider is a sequel to the 2013 reboot of the Tomb Raider franchise, which takes protagonist Lara Croft back to her explorative “tomb raiding” roots in a deep origin story. The game, however, was updated and enhanced with new gameplay and combat mechanics. The engine was updated as well, and offers DirectX 12 support, along with some stunning visuals. The benchmark outputs results from a number of maps; we’re reporting numbers from the “Geothermal Valley” here, along with the average score of all the maps. The game’s maximum “Very High” graphics preset was used, and all graphics-related options were enabled as well. 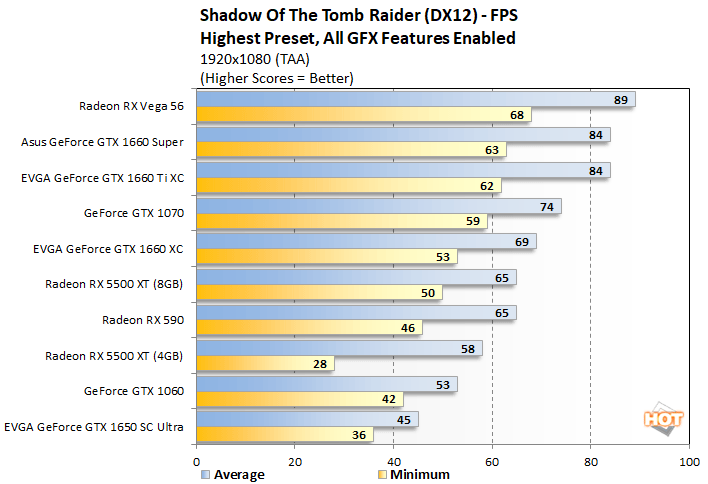 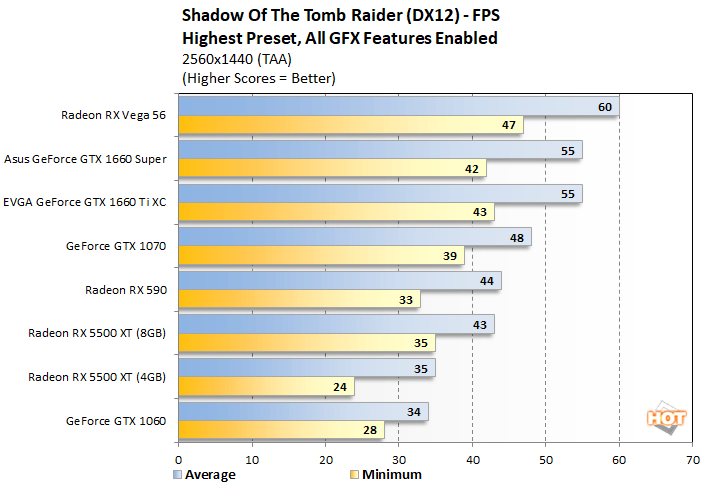 Shadow Of The Tomb Raider, when tested using the highest quality graphics options, is one of those titles that will highlight the disadvantages of a smaller 4GB frame buffer. Here, the 8GB Radeon RX 5500 XT finishes right on top of the Radeon RX 590, whereas the 4GB card trails by a fairly large margin at both resolutions (especially in terms of minimum frame rate). The GeForce GTX 1660s have a clear advantage in this game as well. 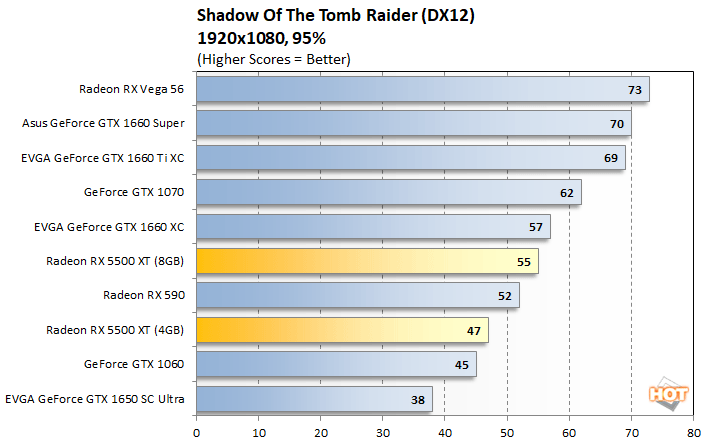 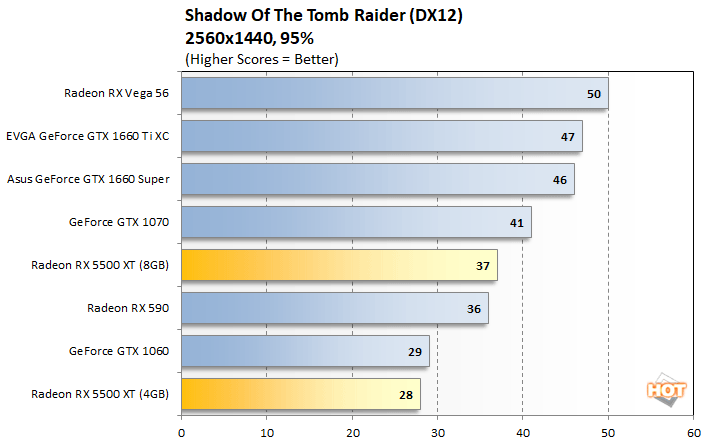 The 95% frame rate data shows a similar trend, with the 8GB Radeon RX 5500 XT clearly outrunning the 4GB version at both resolutions. 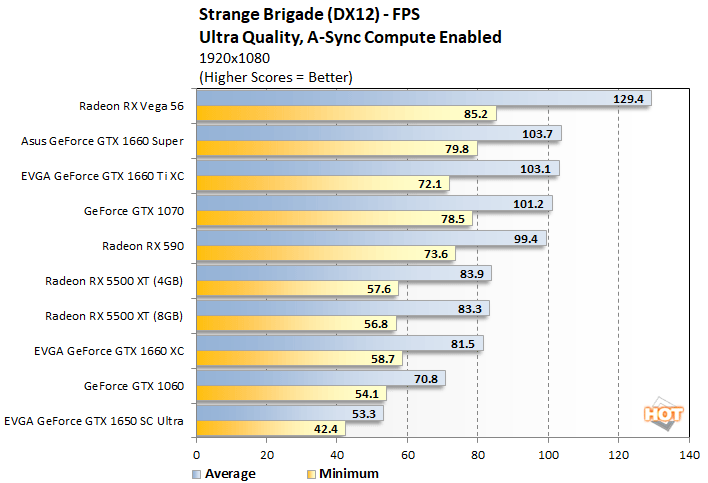 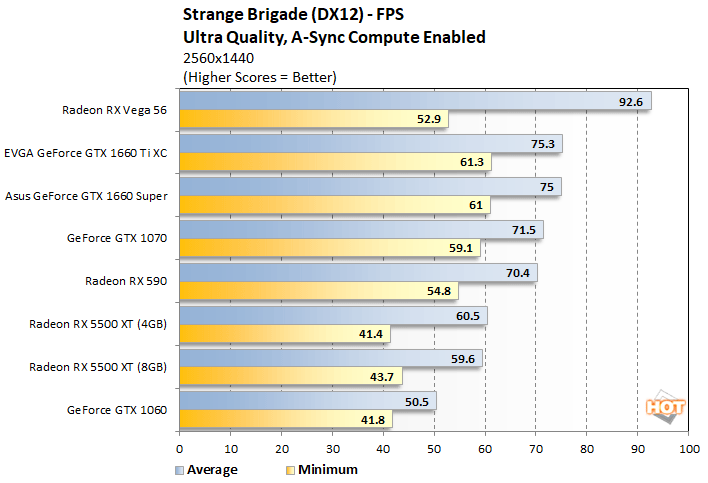 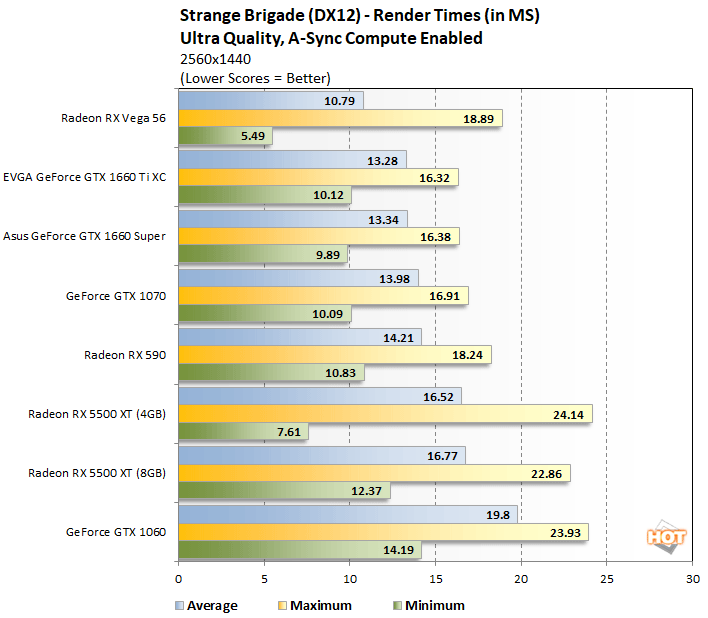 Render times in Strange Brigade tell essentially the same story as the frame rate date and show the new Radeon RX 5500 XT cards cranking out the frames at a lower pace than the Radeon RX 590, but faster than the GeForce GTX 1660, 1650, and 1060 (at 1080P).
PREV PAGE NEXT PAGE