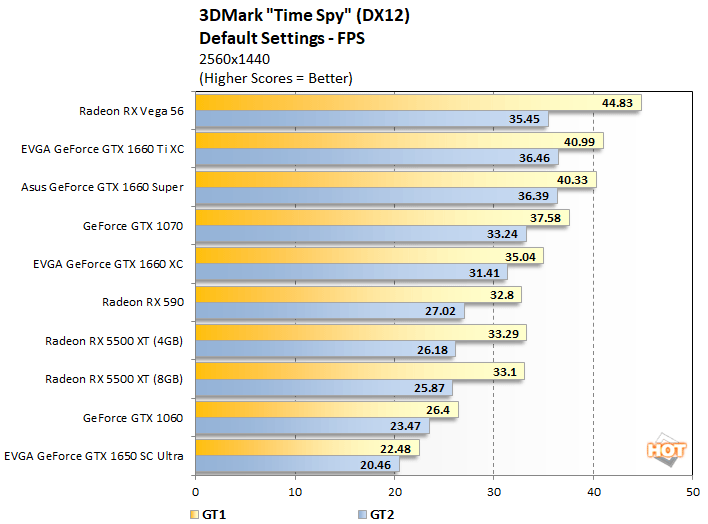 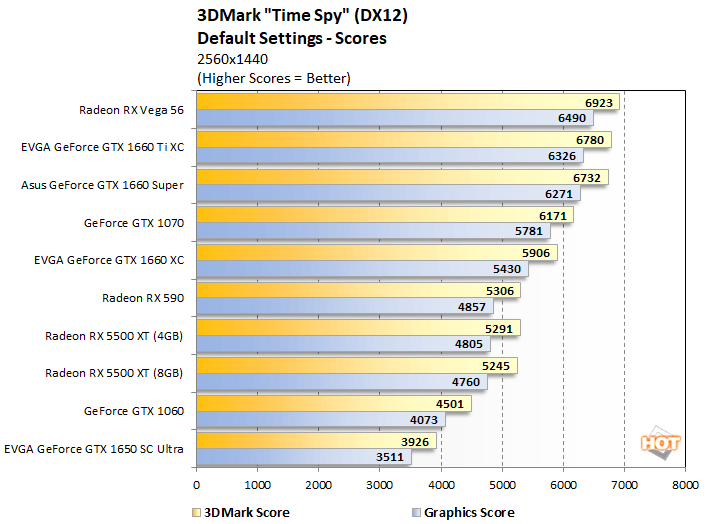 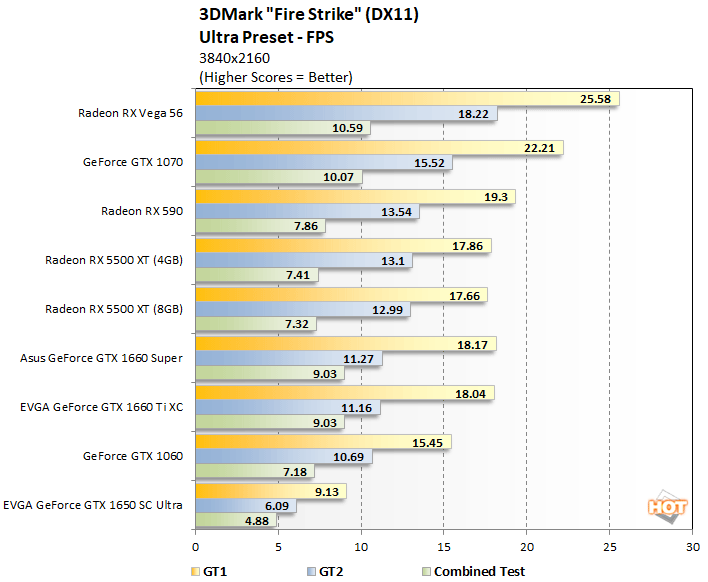 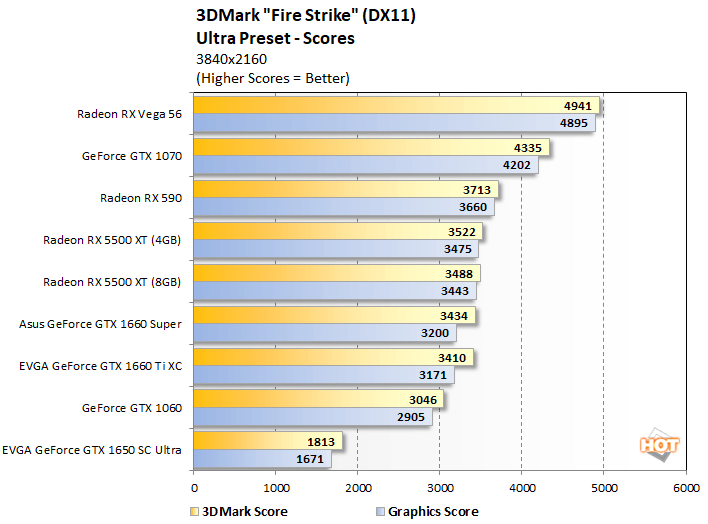 In the DX11-based Fire Strike benchmark, the Radeon RX 5500 XT put up much stronger relatively numbers and finish about in the middle of the pack. The Radeon RX 5500 XTs still trail the Radeon RX 590 by a small margin, but they end up outpacing the GeForce GTX 1660 cards here, and continue to outrun the GTX 1060 and GTX 1650.