When we initially looked at the second generation of AMD's FidelityFX Super Resolution technology, we came away impressed. It was a tremendous upgrade over the spatial upscaling method used by the original "1.0" version of FSR, and we recommended using it when you're severely GPU-limited and don't have alternatives available.

Indeed, while FSR 2.0 was an immense upgrade over the original recipe, it still came with some caveats, most notably in the form of trails behind some moving objects and so-called "disocclusion" artifacts. NVIDIA had a more-than-two-year head start on AMD's technology, so it's only to be expected that it would take some work for AMD's upscaling tech to catch up with Team Green's version. Has that finally happened? Maybe. 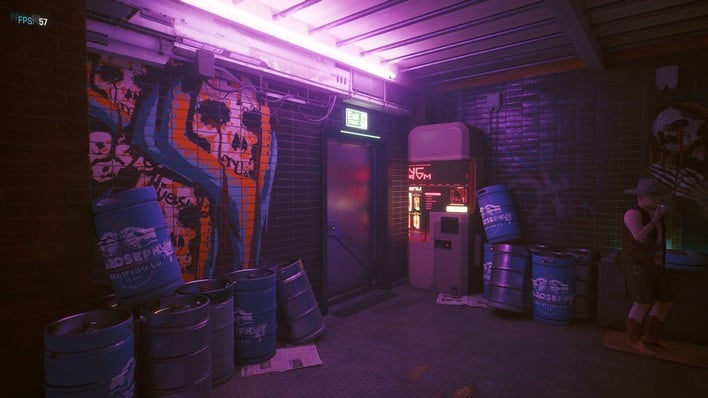 
AMD offered us a chance to take an early look at the latest version of FSR, version 2.2, ahead of its official release in a preview version of Codemasters' F1 22. We did so, and also looked at the previous version, FSR 2.1, in both The Callisto Protocol and Cyberpunk 2077. If you're in a hurry, we can spoil it for you: FSR 2.2 looks good enough that we were unable to tell it apart from DLSS without pixel-peeping on blown-up screenshots.

We put several hours into playing and testing F1 22. If you're not familiar with the series, these are fairly serious racing simulators that run on Codemasters' own home-grown engine that boasts extensive support for the latest graphics features, including heavy integration of ray-tracing.

Notably, F1 22 defaults to the maximum value for its motion blur setting, and we spent some time being baffled by what appeared to be artifacts in our captures until we realized this. After turning that and the variable rate shading option off, we managed to collect some nice comparison shots, so let's take a look at FSR 2.2 versus DLSS in F1 22.


The above screenshots compare DLSS and FSR 2.2 against the native 4K render with the game's TAA (which can't be disabled, unfortunately.) Both DLSS and FSR 2.2 were set to "Quality" for the first comparison, which means that we were rendering at 2560×1440 internally and then upscaling to our 3840×2160 native presentation. The latter set of screenshots were set to "Performance" instead, using 1920×1080 input resolution.

Going over the comparisons in detail, the primary difference is that DLSS does a better job preserving fine detail, which isn't new; that was true of FSR 2.0 as well. However, you can also see some slight over-sharpening in the DLSS images. That could be due to the higher DLSS sharpening setting; it defaults to 50, whereas the FSR 2.2 sharpening setting defaults to just 25.

Don't completely buy into anyone's claims that these upscalers are "better than native" though; while that may be the case with some scenes and workloads, especially where there's text involved, you can definitely tell when upscaling is in use in F1 22, whether it's DLSS or FSR. As you reduce the input resolution for the upscalers, distant objects are simply comprised of less pixel data and become blurrier, and you can occasionally notice shimmery aliasing in places with a lot of fine detail. Still, the overall loss in visual quality—especially at 320 kph in a racing game—is shockingly-low whether you're using DLSS or FSR.


Here we're comparing a different scene, and in this location you can more clearly see the difference between DLSS and FSR 2.2. As before, the top set of images is using the Quality preset and the bottom is using Performance. The biggest variation is that FSR 2.2 fails to preserve the blue dotted indicator showing the driver's path on the previous lap.

FSR 2.2 also struggles a bit with the grating in the far distance. However, the light rails up above the track are rendered a little more cleanly with FSR; this is again due to the excessive default sharpening setting for DLSS. We would recommend turning that down to around 30 if you play F1 22 with DLSS. 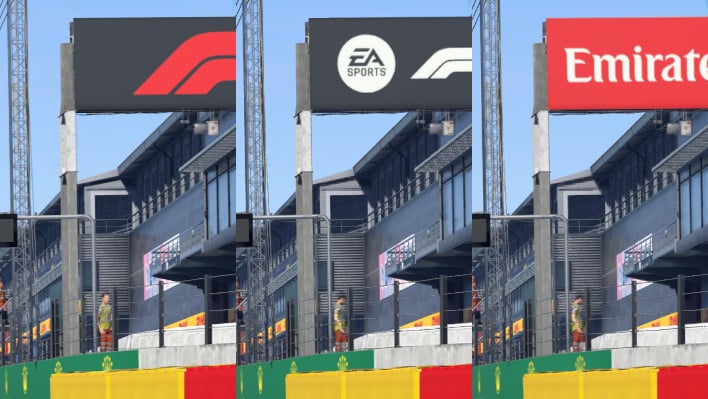 
In this final three-way shootout, we're comparing FSR 2.2 against itself on the Belgium track. The differences in these three pictures are ridiculously small; these far-in-the-distance objects get a little blurrier as the input resolution goes down, but it really requires pixel-peeping in the blown-up version to definitively see the difference.

Still, you do lose some detail when using upscaling, whether DLSS or FSR. Why, then, would you bother using them? Well, naturally, for the performance gains. Ideally, gamers will be GPU-limited in most games, and the simplest way to crank up your framerate in that case is to slash down the render resolution. 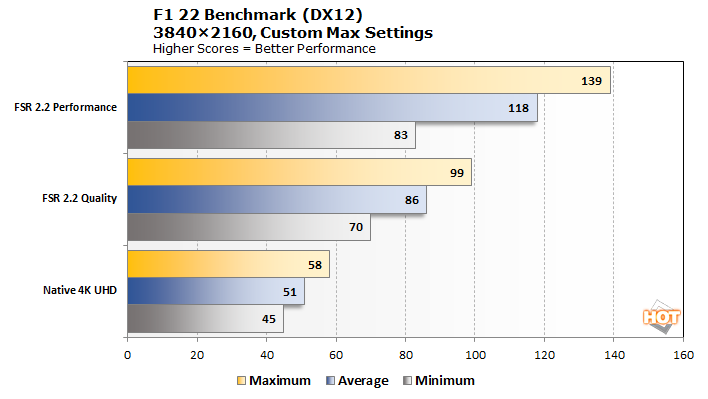 If you do this the old-fashioned way, by simply lowering your resolution, you're going to end up with a blurry, pixelated mess, but using these smart upscalers you can really retain a high amount of image quality. Of course, whether the trade-off is worth it depends on the particular game and the way it runs on your machine. It can happen that even dropping the render resolution to 25% of its final value has no real effect on how your game runs, if said game is CPU bound.

That's the reality in The Callisto Protocol, if you crank up all of the game's settings. This Unreal Engine 4 title's ray-tracing enhancements, when maxed-out, are so heavy on the CPU that, even with a Core i9-13900K pushing our GPU, we see no practical performance difference between the game in native 4K and with FSR2 "Performance" enabled.

Fortunately, there's also not a tremendous visual difference, either. But why bother using upscaling when you don't get anything from it? If you want to increase your framerate in The Callisto Protocol, you'll have to cut back on some of the ray-tracing settings. We'd start with the ray-traced shadow quality setting. 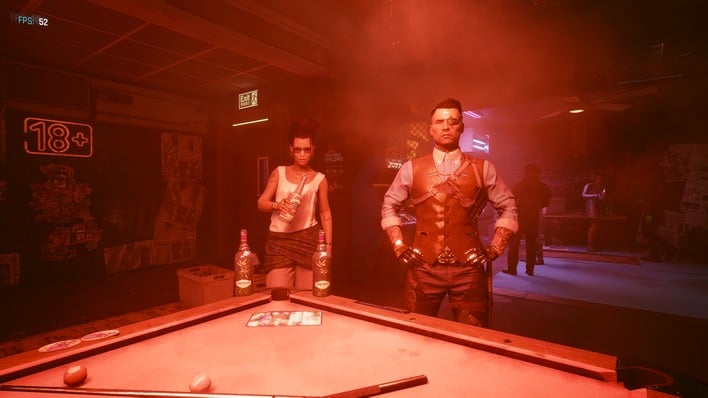 CD Projekt Red's science-fiction magnum opus, Cyberpunk 2077, may have had a disappointing launch, but it's been largely whipped into shape by the developer's continued efforts. Among the many, many updates added to this game is a patch that provides FSR 2.1 support.

We're not going to do an exhaustive analysis of FSR in this game, but we've tested it for about ten hours and we can confirm that it has all of the same merits in this title as it does in F1 22 above. Honestly, it looks good, but we're hesitant to use upscalers in this game because of how absurdly detailed the environments are. 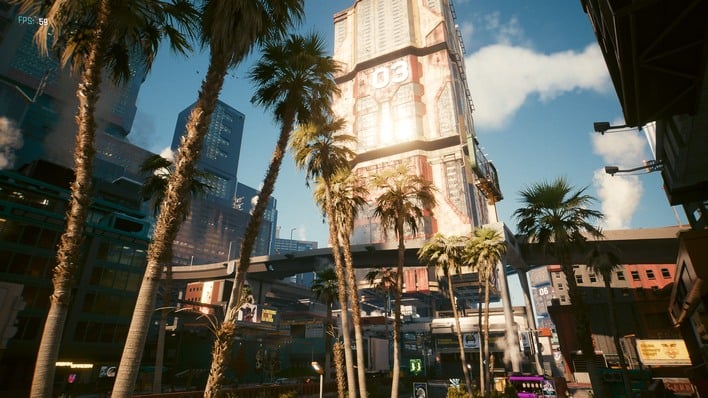 That said, you are all-but required to use an upscaler if you want to run Cyberpunk 2077 in 4K with ray-tracing turned up. Even using a mighty Radeon RX 7900 XTX or GeForce RTX 4080, running Cyberpunk maxed-out struggles to produce framerates above 30 FPS, and frequently dips below that. A patch is coming to add DLSS 3 Frame Generation support, but it's also coming with a new even-more-demanding ray-tracing setting that is not likely to work well on anything short of a GeForce RTX 4090.

Which brings us to the meat of our conclusion, even though we're not quite done yet: FSR 2.2 doesn't quite match DLSS. For image quality, it's very, very close. Both are so good that we don't feel like AMD users are missing out on DLSS upscaling, and we wouldn't fault a developer for choosing to implement FSR 2.2 as their only upscaler. After all, AMD's solution will work for any user, while DLSS is limited to just GeForce GPUs. 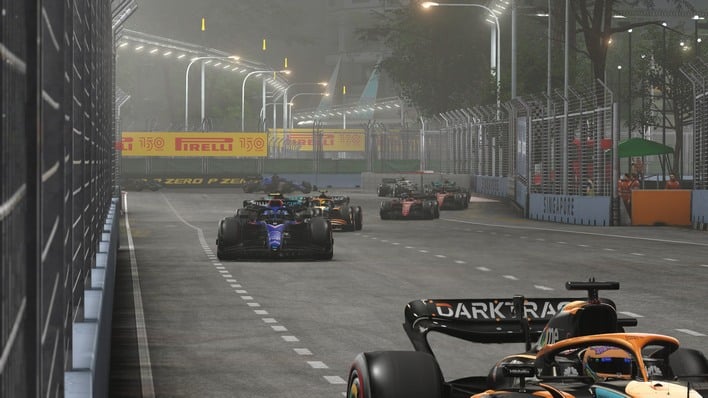 Ultimately, FSR 2.2 is an evolution rather than a revolution for AMD's upscaling technology. It's a solid step forward, and it makes an already-good upscaler even better. We can recommend it without reservation to any user with a Radeon or Intel Arc GPU, and even GeForce users, for games that don't support DLSS.

We're looking forward to the third whole-number revision of AMD's upscaler. FSR 3 was briefly announced during the unveil event for the Radeon RX 7000 series GPUs, and it could provide vendor-agnostic frame-generation along similar lines to NVIDIA's DLSS 3. Whether that comes to pass remains to be seen, but we've been fairly impressed with DLSS 3 in the limited circumstances we can test it. Bringing that to all gamers with FSR 3 would be a boon.