Determining Which Experience Is Best Is Nuanced To Say The Least 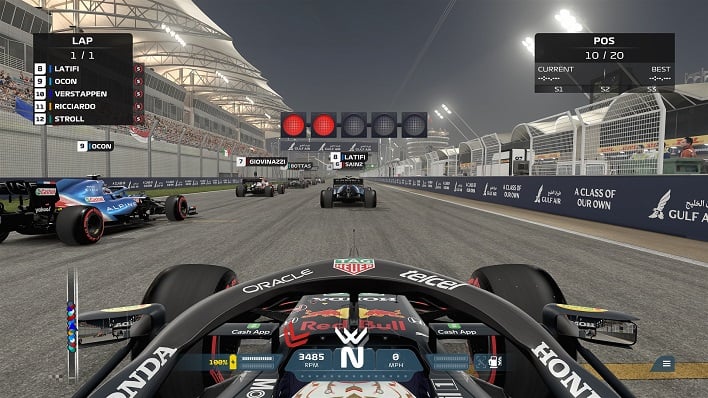 Ignoring the difficulties securing hardware for a moment, it's a pretty glorious time to play games on the PC. We get our choice of resolutions, frame rates, and detail levels, and if our hardware isn't up to snuff there's some innovative creative technologies available that try to bridge the gap. NVIDIA's Deep Learning Super Sampling requires the green team's RTX hardware, but AMD's FidelityFX Super Resolution upscales graphics on just about any modern graphics card worth owning. Since FSR's public release, the question has always been about which method is better, assuming we have a choice in a particular game.

Several recently-launched games have picked up support for both image upscaling technologies. Developers want their games to be played by as many games as possible, and the chip makers want to make sure their home-grown tech makes it into new titles. Games that use both technologies at this time include Deathloop, Call of Duty Vanguard, Horizon Zero Dawn, and F1 2021. Due to its in-game benchmark that should make comparisons between FSR and DLSS easily possible, we chose F1 2021 for our first endeavor, which picked up FSR as part of its October update. F1 2021 is available on Steam and EA's Origin, and we'll detail our testing methodology in depth later on so you can follow along.


AMD Vs. NVIDIA: Who Has The Advantage?

DLSS is NVIDIA's AI-assisted upscaling technique which renders a game at a lower resolution than its output target and then figures out what details are missing via machine learning. It requires a GeForce RTX graphics card and its Tensor cores. The technique uses multiple frames' worth of data on each upscaling operation. At the outset, there was some noticeable temporal artifacting (no, this is not Star Trek: Enterprise) immediately visible in games. Standing still would result in swirls and moving quickly sometimes resulted in blurring. The original release required game-specific training too, which made implementing the technology rather convoluted, and the results still lost detail. NVIDIA has been through multiple iterations of DLSS, though, making big strides in image quality. In its latest release, version 2.3, the company has worked hard to eliminate many temporal artifacts.


Meanwhile, AMD's Fidelity FX Super Resolution is the new kid on the block, and it has several trade-offs against DLSS. The pros include its open-source nature and its compatibility. FSR supports a wide swath of graphics hardware from both AMD and NVIDIA, going as far back as the Polaris-based Radeon RX 400 series and GeForce GTX 10 series with the Pascal architecture. Any developer is free to add FSR to its games, too. The downside is that it doesn't have as much data to work with since it can only use the current frame, but folks who are sensitive to DLSS's temporal issues might consider that a win -- it all depends on your visual acuity.

When we looked at FSR at release, we cautioned gamers against doing too much so-called "pixel peeping" in screenshots since we play games in fluid motion; the time of the S3 ViRGE is long gone. What matters is how the game looks in motion, now how an individual frame looks when zoomed in. Thankfully, we have technology that lets us easily zoom and pan video while lining up the perfectly synchronized shot. NVIDIA's ICAT tool has been updated a couple of times since release. It now uses nearest-neighbor scaling when zooming in on video instead of bilinear filters, which makes differences jump out on the screen. The company says it's really invested into motion-based pixel peeping to improve its upscaling tech, so we're ready to put both of them to the test.

We do want to point out one other option for gamers that can't use DLSS but have a GeForce graphics card. NVIDIA Image Scaling, or NIS, is a vendor-agnostic plugin that can accomplish good upscaling quality in some games, but F1 2021 doesn't have it baked in. However, NIS also has a global toggle within the GeForce driver that can force the technology on for all games. To use it, just select a non-native resolution in your favorite games and let the driver do the rest. Unfortunately, at least on our MSI GE76 Raider, the steps in resolution were pretty steep and as a result NIS wasn't all that appealing to look at. If the game supported more fine-grained resolution control, it'd be a much more viable option. In many other games, however, that is definitely a possibility.

Our testing was performed on the MSI GE76 Raider, which has some high-end mobile hardware: an Intel Core i9-11980HK and a GeForce RTX 3080 mobile GPU. Despite its mobile roots, we found the extra resources over a desktop GeForce RTX 3070 to actually make this system faster than our desktop. And that's fine, because the desktop was doing raw video capture through an Avermedia Live Gamer 4K. We then used ICAT on the laptop and captured that video to make our comparisons, and exported everything in glorious UHD 4K to make the details really stand out. Hope you brought your headphones; it's time to dive into some video on YouTube.

Just to recap in writing what we talked about in the video, neither FSR nor DLSS is magic. Both techniques incur some image quality penalties, but they do so in divergent ways due to the nature of upscaling a lower-resolution image. Because it can look at the last couple of frames while building the current one, DLSS has access to about three times the data that FSR does, and where that starts to show up is on the track. FSR was softer overall and objects just lacked a little bit of the fine detail they could have had otherwise. The good news is that it's not as noticeable as it sounds when the game is in motion. The fact that F1 2021 only supports one FSR preset (fortunately, it's the Quality mode) is a little annoying since most other titles that support the tech give users control over it.

Meanwhile, DLSS did some unwanted things to the tires on every car on the track, and the amount of noticeable flicker and wobble on the cars was a little off-putting. We definitely think this is temporal artifacting at work. At the time of the game's last update in late October, the DLSS library that ships with the game was updated to the latest available -- version 2.2.9.0. User reports indicate Call of Duty: Vanguard ships with an even older DLSS library and players are having a hard time with it enabled, and that's true even after the 1.14 update in early December. NVIDIA may have the tech ready but developers need some time to catch up. Version 2.3 is available and has been integrated into just a couple of games so far. Doom Eternal and Cyberpunk 2077 got updates last month, and more are on the way. 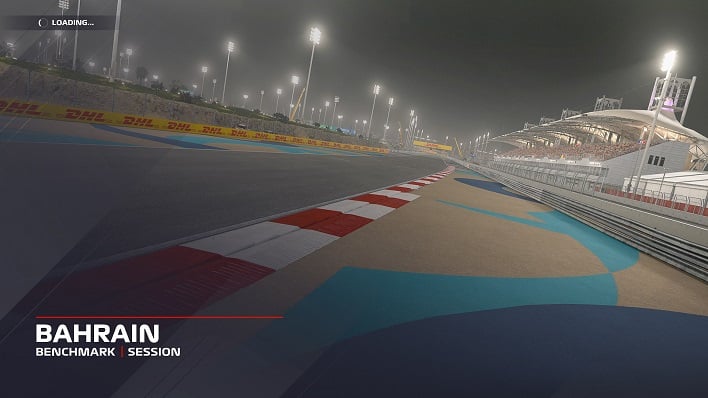 At this moment in December, 2021, the list of DLSS 2.3 games that also support FSR (making this kind of comparison possible) is zero; there are none that support both or we would have tested one of them instead. The troubled Grand Theft Auto Trilogy: The Definitive Edition, and Baldur's Gate 3's early access beta support DLSS 2.3 right now, but not FSR. It's likely that EA will eventually upgrade DLSS to 2.3 in F1 2021 at some point. Could that turn the results of our tests today on their head when it eventually happens? It's entirely possible.

I know what you're thinking: We don't have to wait. DLSS upgrades are just a DLL swap away, either manually or with the help of a dedicated tool. Does upgrading F1 2021 to the latest version make any difference? The short answer is no, it does not. As demonstrated in the video, swapping in the nvngx_dlss.dll from Doom Eternal into F1 2021 didn't help visual quality and it didn't help performance. NVIDIA claims that DLSS at the same quality level vs. FSR will usually look better, and at equal image quality DLSS is faster. Of course, that's not going to be universally true and will be game dependent, so we hope to continually explore this topic as more games that support both technologies are updated or made available.

As mentioned in the video, we ran the benchmark on the Bahrain track using the high chase camera and all the details cranked to their maximum, at the GE76 Raider's native 1080p resolution. At the end of the race we can see both average and minimum frame rates, which are reported here. The game dumps a ton of data into an XML file afterward if you want to see more detail. 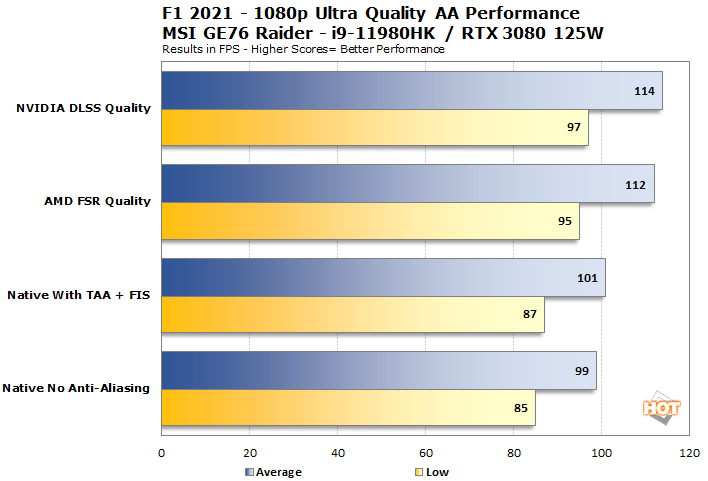 Performance-wise, DLSS Quality vs. FSR Quality was pretty much a wash, with an ever so slight edge technically going to NVIDIA. The same is true of playing at 1080p native with and without TAA and FidelityFX Image Sharpening. As we pointed out in the video though, F1 2021 does a fresh simulation of a race on each benchmark run, so two frames per second when the average is over 100 isn't anything to write home about. Both were a bit more than 10% faster than the native resolution, both without any anti-aliasing and with TAA and FidelityFX Sharpening enabled. On this hardware, 10% isn't much, but on slower PCs it could mean the difference between smooth and choppy, or playable and unplayable.

No matter how you feel about sub-native rendering and the various upscaling techniques offered by AMD and NVIDIA (and soon Intel), both DLSS and FSR are big wins in our book. Folks that can get their hands on the latest hardware are able to play games without the aid of upscaling methods, but those who haven't been able to upgrade since Pascal or Polaris can make the best with what they have and gain some nice image quality boosts over simply lowering resolutions. 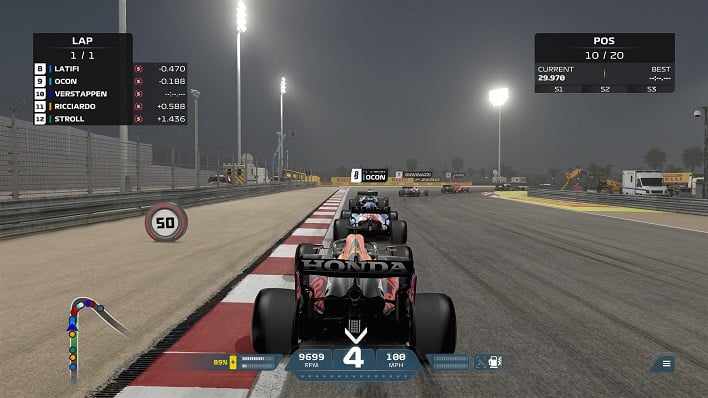 We would also like to reiterate that ICAT was extremely helpful in all of these F1 2021 comparisons. When the NVIDIA briefed us on ICAT, the company's reps were clear that they are very much into "pixel peeping" and use tools like this to fine-tune upscaling and other AI-assisted graphics technologies. The fact that NVIDIA has given the world a tool by which to measure its successes and failures in image quality is great. ICAT may make the company vulnerable when a potential weakness is exposed, but it'll still be around when the next update comes, too. And we commend NVIDIA for making such a handy tool available for everyone to use.

While we saw image quality penalties in both FidelityFX Super Resolution and Deep Learning Super Sampling with F1 2021, the clever and bright minds behind AMD's and NVIDIA's respective technologies are going to keep working to improve them. What's wonderful about this journey that major GPU vendors are on is that we can follow along with them, see the benefits for ourselves and reap (and show) the benefits in the process. What's important about both of these image upscaling technologies is that gamers have a choice, and we can turn things on and off as we please and not have to simply settle for lower resolutions.