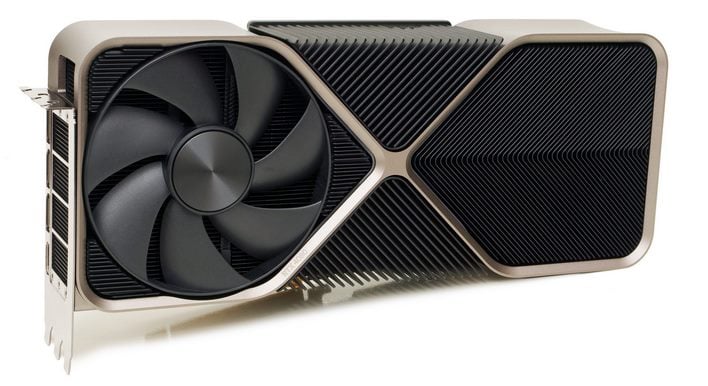 A couple of weeks back, we got to you show a pair of GeForce RTX 4090 cards, NVIDIA’s own Founders Edition and the MSI Suprim Liquid X. As expected, both cards offered monstrous performance that clearly outmatched any previous-generation card, not to mention and array of new technologies. The GeForce RTX 4090, however, also commands a price premium commensurate with its high performance levels and bleeding-edge feature set. As such, cards like the GeForce RTX 4080, which sit one-notch below the flagship RTX 4090, are typically more popular with enthusiasts. With this generation, however, NVIDIA has taken a somewhat different approach with its gaming GPU line-up. Unlike the GeForce RTX 3090 and RTX 3080, which were both based on the GA102 GPU, the new GeForce RTX 4090 and RTX 4080 are based on completely different slices of silicon. That has all sorts of implications in terms of performance, power, and pricing, as we’ll explore a little later.

For today’s launch of the GeForce RTX 4080, we once again have a pair of cards to show you, and the dynamic duo also come by way of NVIDIA and MSI. The NVIDIA GeForce RTX 4080 Founders Edition represents NVIDIA’s vision for the AD103 GPU at the heart of the card and MSI embellishes on NVIDIA’s reference design and goes bigger in virtually every way.

Before we get to showing off the cards though, he’s a quick spec breakdown comparing the GeForce RTX 4080 to its RTX 30-series counterpart, the GeForce RTX 3080 Ti 12GB followed by some AD103 GPU details... 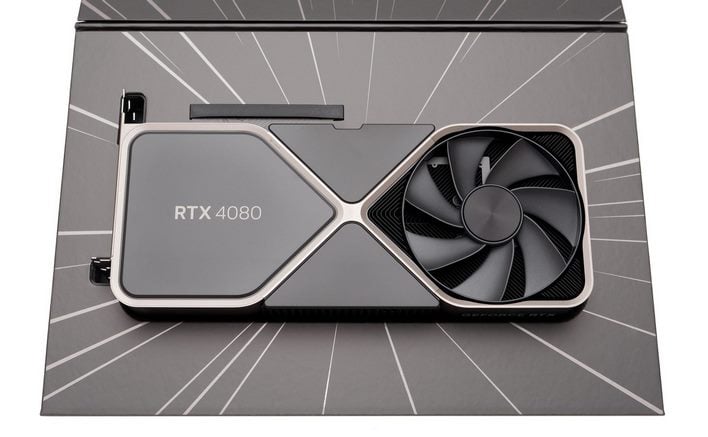 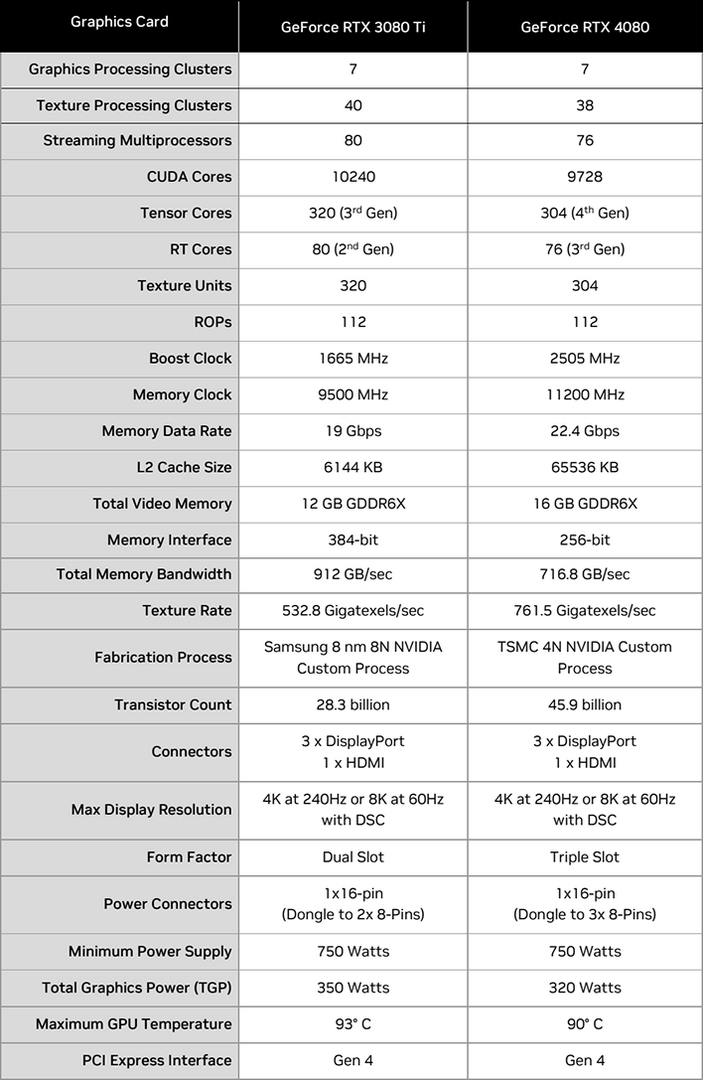 Find MSI GeForce RTX 4090 Suprim Liquid X Cards @ Amazon
As we mentioned earlier, the GeForce RTX 4080 and RTX 4090 are not based on the same GPU. While they are both based on the Ada Lovelace GPU architecture, the current flagship RTX 4090 is built around the larger AD102 GPU, whereas the new GeForce RTX 4080 uses the smaller (but still large) AD103. So, unlike some previous-gen cards, where the enthusiast model uses a cut-down version of NVIDIA’s flagship GPU, this time around, the 40-series xx80 and xx90 models use two different chips altogether. 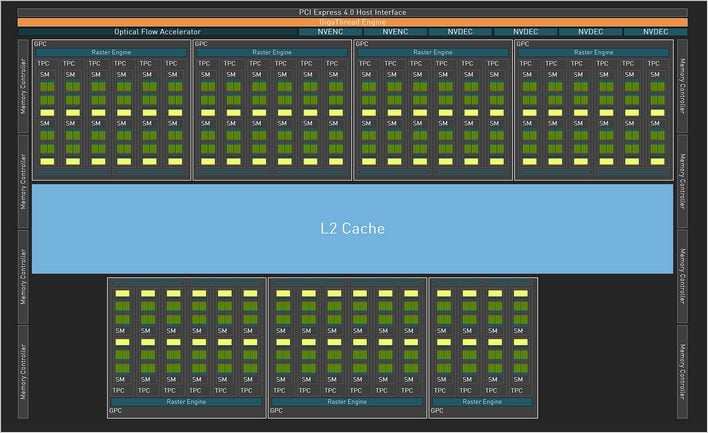 In terms of feature support, the AD103 is identical to the AD102. They both offer all of the features inherent to the Ada Lovelace architecture, in addition to other NVIDIA technologies like DLSS 3, NVIDIA Reflex latency reduction, NVIDIA Broadcast, Ansel, G-SYNC, Omniverse, optional Studio drivers, and GeForce Experience, to name just a few. For a more detailed explanation of Ada Lovelace, we suggest reading the linked article and checking out our launch coverage of the GeForce RTX 4090 while you’re at it. 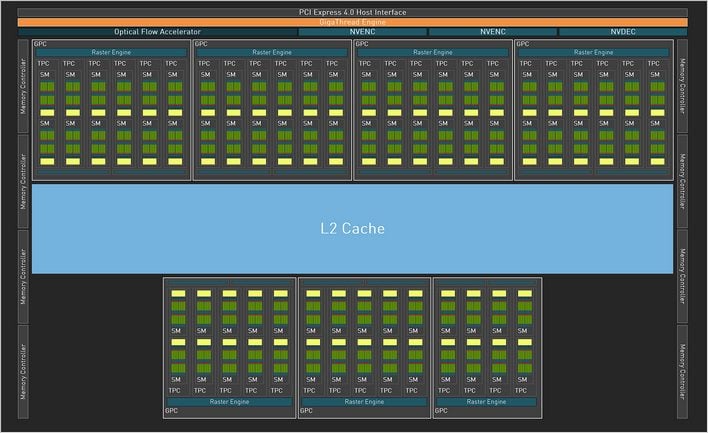 Versus the previous-gen GA102-based GeForce RTX 3080 Ti, the AD103 powering the GeForce RTX 4080 also appears to be slightly scaled back. The AD103 has fewer TPCs, SMs, and CUDA, Tensor, and RT cores. It’s even got a narrower memory interface (256-bit vs. 384-bit), which results in lower peak memory bandwidth. The AD103, however, can clock much higher (typical boost ~2.5GHz), which ultimately results in more compute performance and faster texturing, and it has more memory, nearly 10x the L2 cache, and higher-clocked memory to boot. While the spec comparison doesn’t seem to show a massively more powerful chip, real-world performance is a different story, as you’ll see shortly.

The cooling solution on the GeForce RTX 4080 FE looks similar to the RTX 3090’s, but like the previously-launched RTX 4090, the cooler has been internally redesigned. The GeForce RTX 4080 has slightly larger, higher-performing fans, a new vapor chamber design, and a new heatsink layout versus the RTX 3090. The new design results in 20% more airflow according to NVIDIA and it pulls heat away from the GPU more efficiently, without generating any more noise. 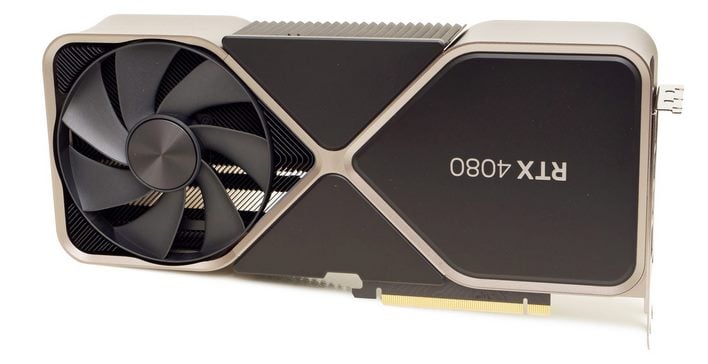 By using higher density, more power efficient memory (built by Micron on a more advanced process) NVIDIA was able to situate all of the RAM on one side of the PCB, and the new cooler design also makes better contact with the memory. All told, memory temperatures should remain roughly 10°C cooler than previous-gen cards and, as you’ll see a little later, the GPU doesn’t get particularly warm either, even after hours of sustained load.

Similar to the RTX 4090, the GeForce RTX 4080’s cooler is outfitted with dual axial fans, and it features a split, pass-through heatsink design. The pass-through cooler on the GeForce RTX 4080 is partially enabled by its dense, short PCB. One end of the heatsink is attached to a vapor chamber, which is mounted directly to the GPU and memory. The fan above that section directs air through the heatsink and immediately funnels it out of the chassis through large vents in the RTX 4080’s case bracket. The heatsink on the back half of the card, which is linked to the front vapor chamber via heat-pipes, allows air from the second fan to pass all the way through the card, where it is propelled upward and is eventually exhausted from a system, assuming it’s got decent ventilation. 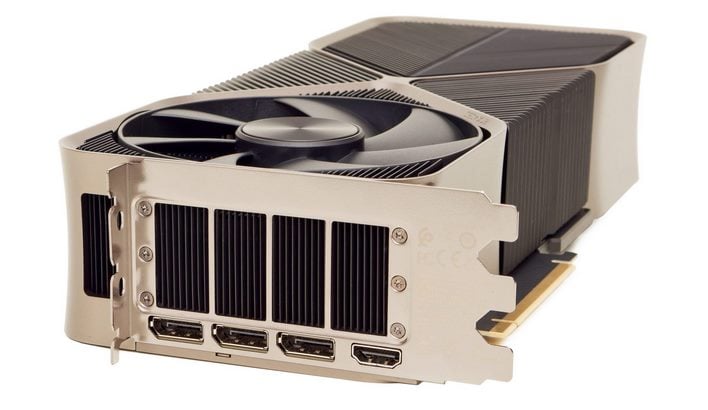 The GeForce RTX 4080 also has triple full-sized DisplayPorts (1.4a) and a single HDMI 2.1 output, also similar to previous-gen cards. 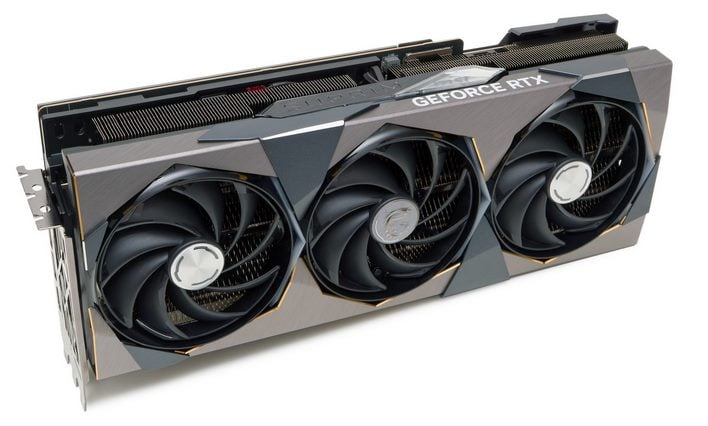 The most obvious feature of the card is it absolutely massive cooler. The MSI GeForce RTX 4080 SUPRIM X features a large heatsink with Wave-Curved 3.0 fins to maximize airflow and surface area, which runs the entire length of the front of the PCB. A nickel-plated copper heat-plate with multiple heat-pipes running through it (and the heatsink) makes direct contact with the GPU. A separate heatsink with additional heat-pipes is also connected to the memory and voltage regulation modules on the board.

Speaking of the board itself, MSI has outfitted it with additional copper to aid in heat dissipation along with all digital DrMos power phases to feed power to the GPU and 16GB of GDDR6X memory.

A stylized, brushed aluminum shroud sits atop the heatsink array. MSI calls the entire assembly its TRI FROZR 3S cooling system, and as you’ll see later, it does a very good job keeping temperature nice and low. MSI brands the triple fans used on the card TORX FAN 5.0. The fans feature dual-ball bearings for durability and every other fan blade is linked at the end to provide some additional rigidity and help direct airflow.

There is an aluminum backplate on the card as well, in addition to a number of MSI’s signature emblems – one on the back and three more on the fans. Of course there is RBG lighting available on the card too, which can be configured through MSI’s Mystic Light software. 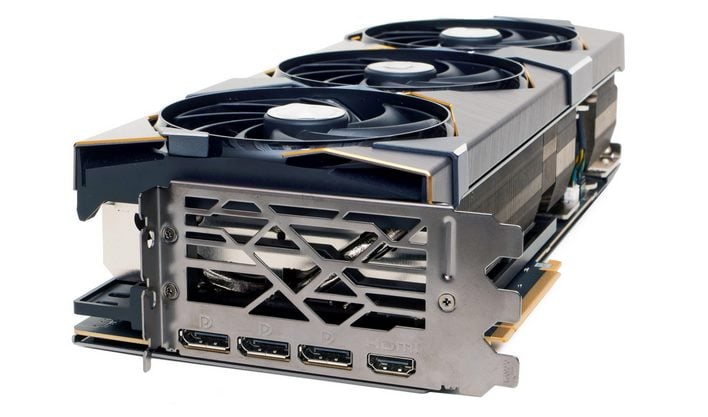 Out of the box, the MSI GeForce RTX 4080 SUPRIM X offers maximum boost clock in excess of 2800MHz. There is a BIOS switch on the card that toggles between Gaming and Silent modes, though clock speeds are the same with each. The BIOS switch only seems to alter the fan curve. Silent mode quiets things down slightly at the expense of somewhat higher temps, but in either mode the fans completely spin down while idle and at lower temps, so the card is quiet most of the time. 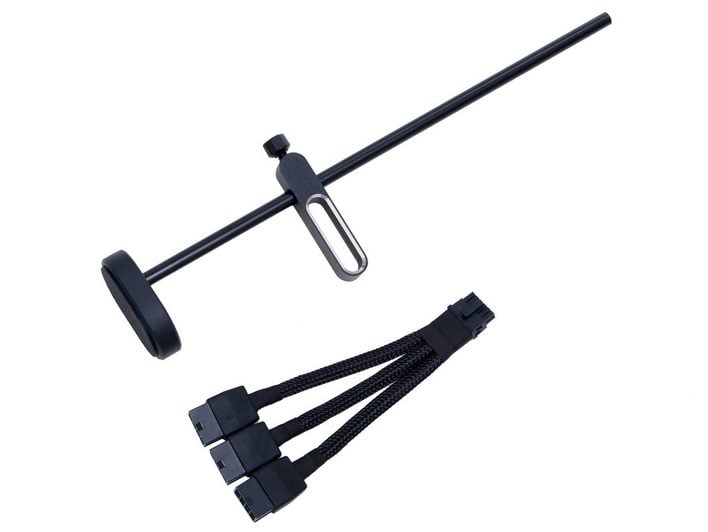 And with all of that covered, let's move on to some performance data...
NEXT PAGE