How We Configured Our Test Systems: We tested the graphics cards represented in this article on an ASUS Prime X299 Deluxe motherboard powered by an Intel Core i9-10980XE 18-core / 36-thread processor and 32GB of HyperX DDR4 RAM clocked at 2,933MHz. The first thing we did when configuring the test system was enter the UEFI and set all values to their "high performance" defaults, then we disabled any integrated peripherals that wouldn't be put to use. The memory's clock was dialed in to its optimal performance settings using its XMP profile and the solid state drive was then formatted and Windows 10 Professional x64 was installed and fully updated. When the Windows installation was complete, we installed all of the drivers, games, applications and benchmark tools necessary to complete our tests. For all of the standard tests, the Radeon RX 6800 was tested using its "Balanced" performance profile. 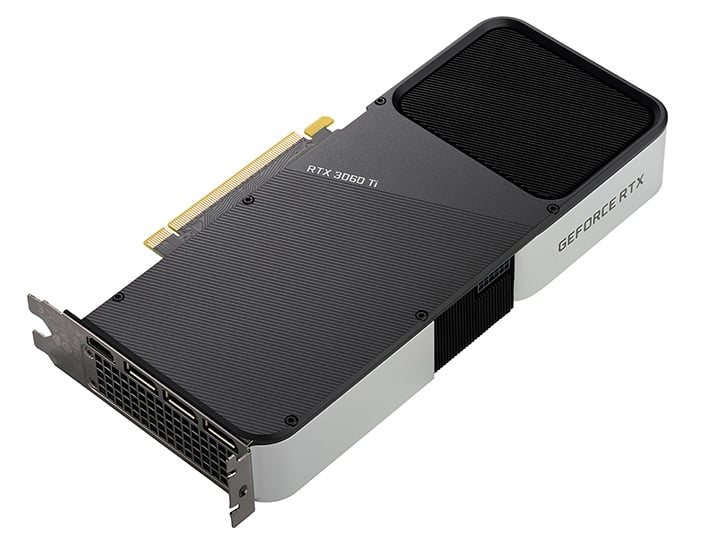 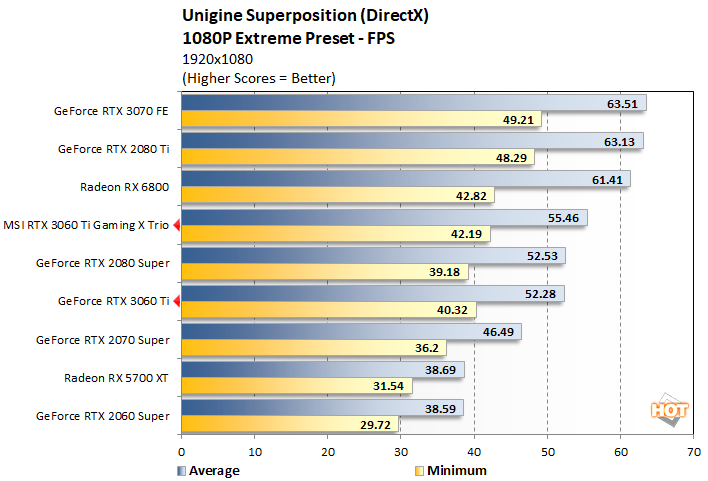 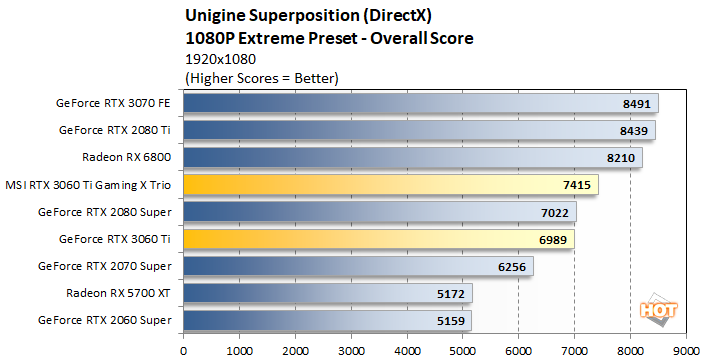 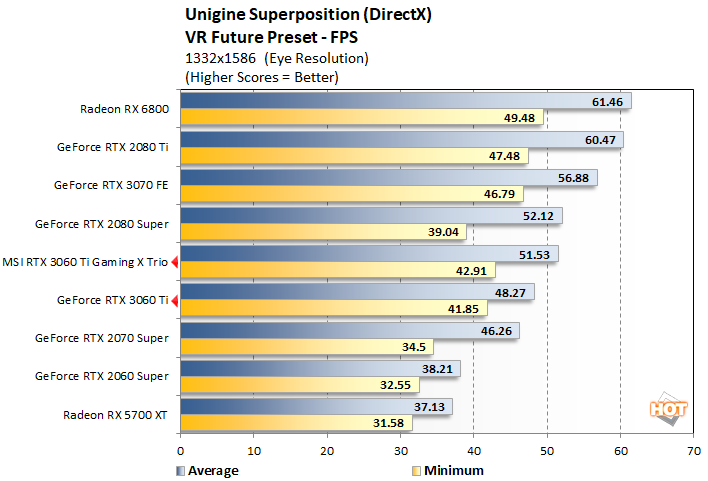 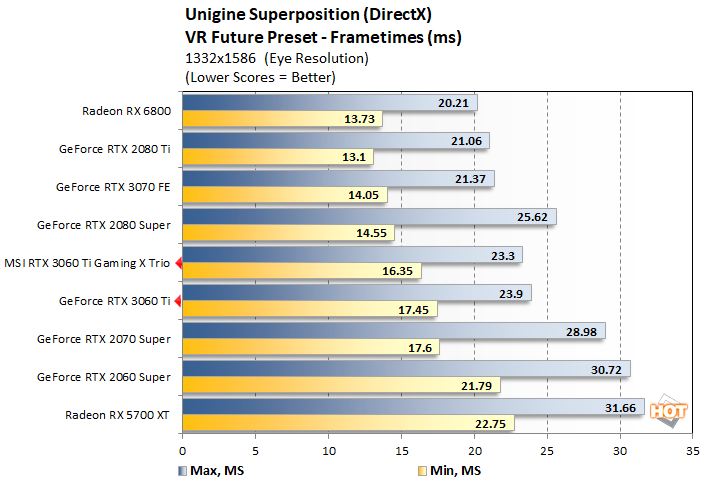 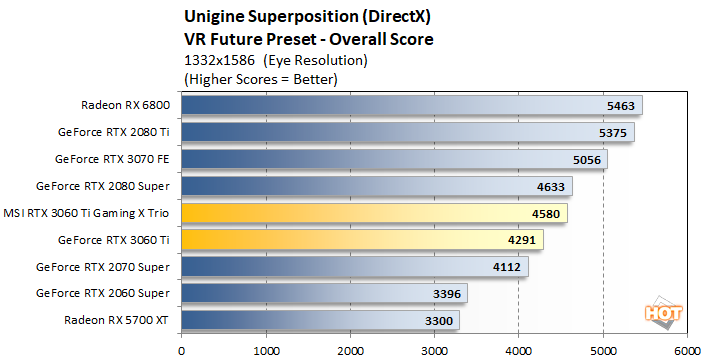 In Unigine's VR Future benchmark, the GeForce RTX 3060 Ti Founders Edition and MSI GeForce RTX 3060 Ti Gaming X Trio fall in just behind the GeForce RTX 2080 Super, though the MSI card's higher clocks push it much closer to the 2080 Super.
UL's VRMark is designed to test a PC’s readiness for the HTC Vive and Oculus Rift virtual reality headsets. The benchmark does not, however, require that one of the headsets is attached to the PC to run and it uses an in-house graphics engine and content to ensure comparable results between different platforms. We ran the "Blue Room" VRMark test at defaults settings here, which is currently the most taxing test offered by the tool. 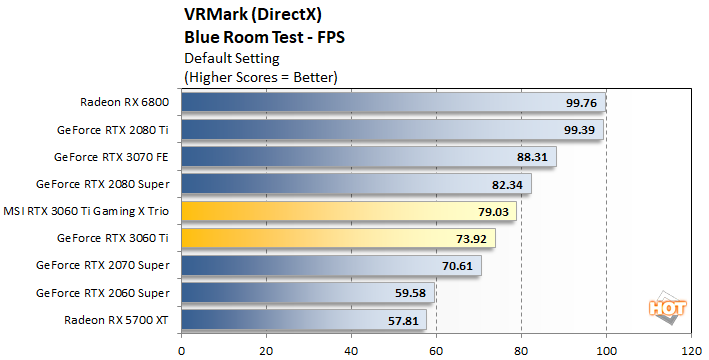 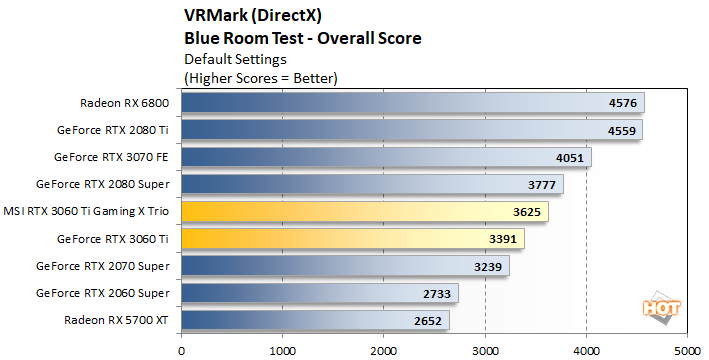 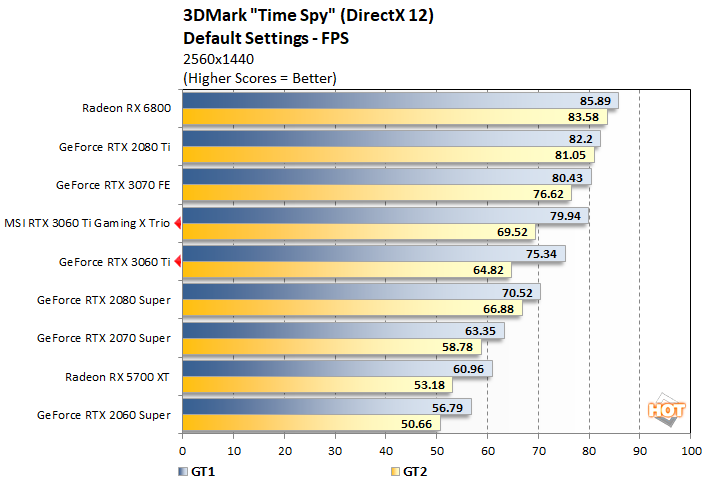 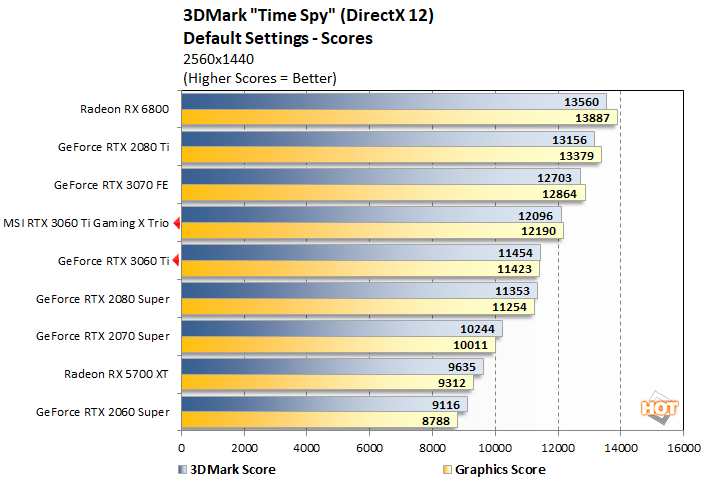 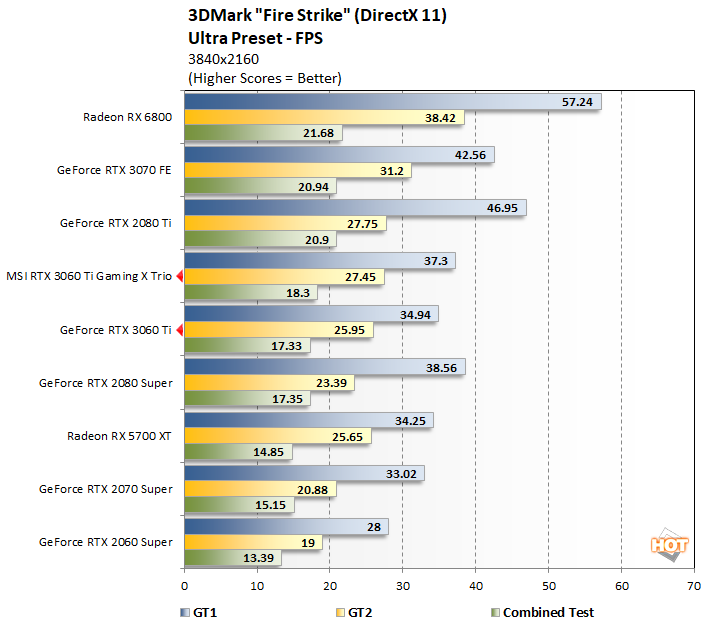 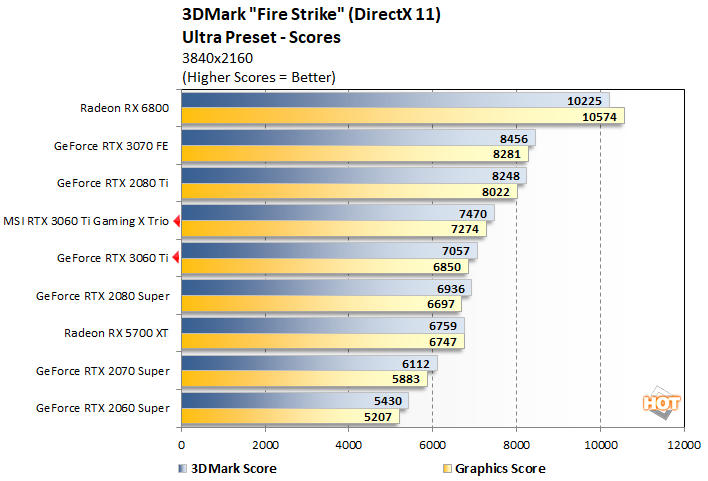 Port Royal was released earlier this year as an update to UL’s popular 3DMark suite. It is designed to test real-time ray tracing performance of graphics cards that support Microsoft DirectX Raytracing, or DXR. Although DXR is technically compatible with all DX12-class GPUs, the graphics card must have drivers that enable DXR, and NVIDIA is the only company to have done so at this point, hence the lack of Radeons in the chart.

We also experimented with the recently released 3DMark DirectX Ray Tracing Feature test to see how things shook out..

In this more complex ray tracing benchmark, the Radeon RX 6800 takes a big hit and ends up trailing the GeForce RTX 3060 Ti Founders Edition and MSI GeForce RTX 3060 Ti Gaming X Trio by a few percentage points. This particular benchmark illustrates NVIDIA's lead with ray tracing -- team green is on its second generation, while team red just entered the game a couple of weeks ago with their first effort.
PREV PAGE NEXT PAGE