We run a custom 1080p HD video loop test developed in-house, to prove out battery life with our test group of machines. In all tests, Windows 10 Quiet Hours has been enabled and the displays are calibrated with lux meters on pure white screens to as close to 115 lux as possible. For the average laptop this is somewhere between a 40-60 percent brightness setting. In the case of the XPS 13 7390, this was around 30%. 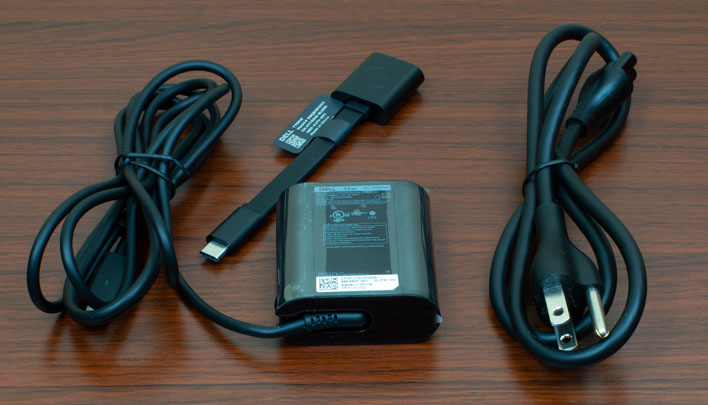 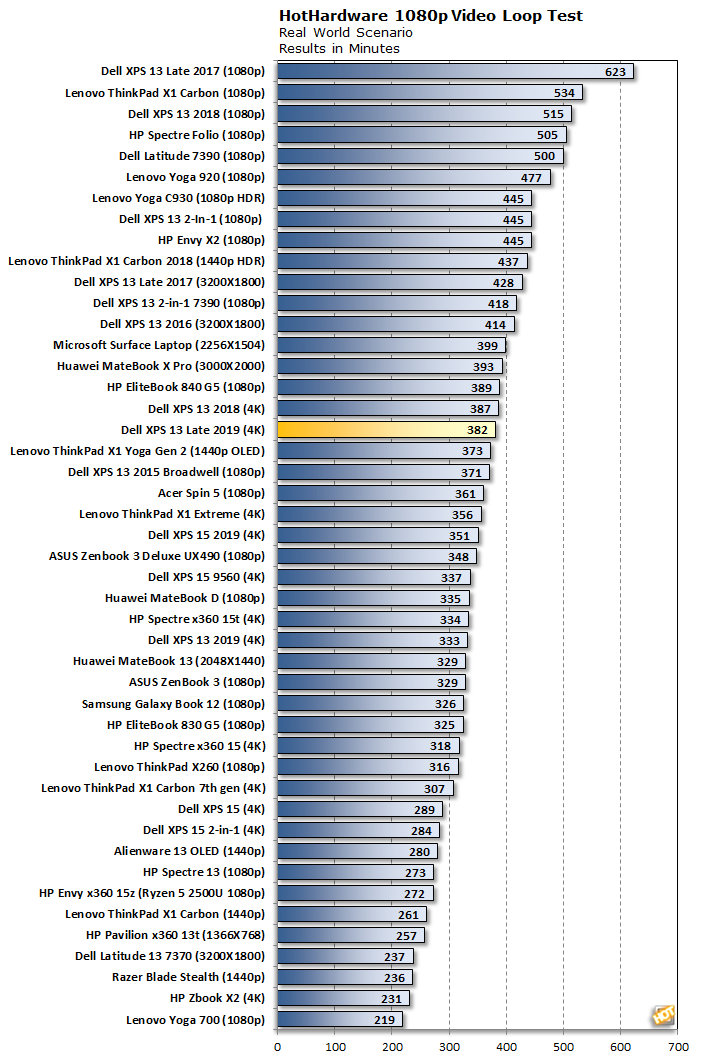 The XPS 13 7390 we're reviewing today is heavily loaded with a six-core CPU and a sharp 4K display.  It ran the video test for 382 minutes which is comfortably north of six full hours as configured, before shutting down with 5% of the battery's charge remaining. That puts it towards the top end of the pack.

That six hour figure is still behind the 2-in-1 version with the Core i7-1065G7. Of course, the 2-in-1 had a much lower resolution of 1920x1200 for its display. This more traditional ultrabook's 4K panel means the integrated graphics processor has to work a bit harder to keep the video looping and it has more pixels to keep lit up. Also, note that the battery in the XPS 13 7390 lasted longer than just about every other 4K-equipped model in our charts, coming in second by five short minutes to the 2018 version of the XPS 13. 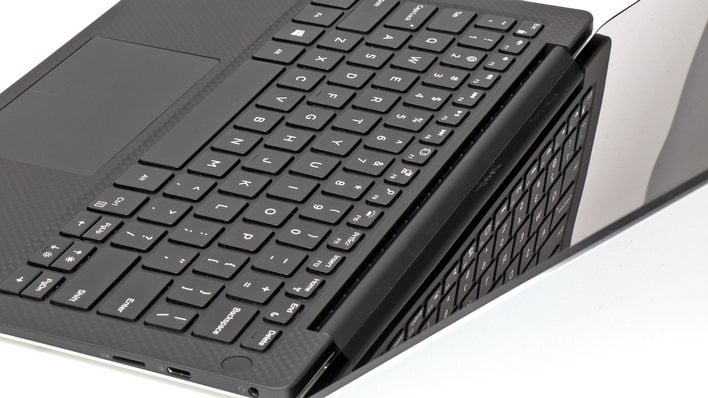 Anecdotally, the fans in the XPS 13 7390 kick on pretty aggressively with Dell's built-in power management profile. We didn't have to surf for very long on the web in the latest version of Chrome to get the fans to spin up at least a little, though the noise they generated under a light load was pretty muted. As the demands we placed on the CPU increased, so did the fan speed. By the time we placed a sustained Cinebench R20 load on even a single CPU core, the fans were up to full power. HWMonitor couldn't find any temperature sensors so we relied on the tried and true Core Temp application to focus on CPU core temperatures. 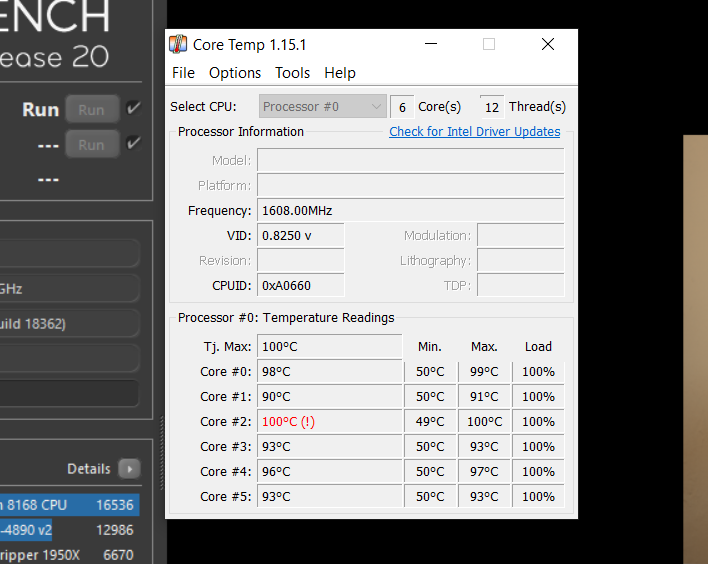 There's a little lag time between temperatures spiking up and the fans gearing up all the way. As you can see in the screenshot above, one of the Core i7-10710U's cores registered 100 degrees Celsius for a brief period, which is the maximum rating for this CPU. After that, the XPS 13 7390 dialed back core speeds to 1.6 GHz and it finished the run. While that initial spike sounds pretty toasty, it only ran that hot for a couple of seconds, and once the fans were up to full the temperatures dropped quickly. Since the Intel Core i7-10710U in our test unit has a base speed of 1.1 GHz, that's still a pretty decent bump in turbo speed throughout the run.

By the end of the first run, core temperatures were running between 65 and 70 degrees Celsius, which is very manageable. We immediately ran Cinebench a second time without giving the fans a chance to slow down, and core speeds never wavered or dipped below that 1.6 GHz threshold. 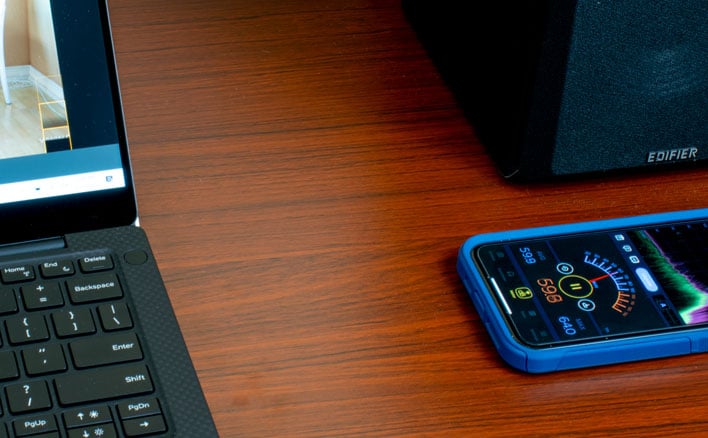 The fans with the system plugged in were audible, but not very loud at all until the system was under a sustained, heavy load. To test acoustic performance we used a sound meter on an iPhone 11 Pro to measure sound levels while running Cinebench R20. Our approximately 30 decibel room felt dead silent to us, and while we could hear the fans spin up in the XPS 13, they were never annoying. Around six inches from the machine, the fans hit a peak loudness of 59 to 60 dBA according to our measurements. While that's fairly loud, the microphone was just six inches from the machine, and it required a sustained load to get to that level. That's well outside the realm of most ultrabook workflows.

The fans have a touch of high-pitch sound to them when they're running full blast, but that high end wasn't loud. For the most part, the noise character is typically a rush of air being forced through a small area. The vents are behind the keyboard and hot air wafts up from in front of the hinge and display.