Next up we have some numbers from SPECviewperf v13, the latest version of the venerable SPEC benchmark as of this article's publication. The entire test suite has been overhauled for this version, and it includes a new extensible architecture that's designed to make SVP easier to customize and adapt for a variety of workloads. The test also includes new medical and energy datasets, updated classic viewsets, and includes a test for Autodesk Showcase.


SPECviewperf includes a variety of tests, which produce significantly different framerates, so we've sorted them into three groups to make the results a bit easier to read. Please note the legends at the bottom of each chart, which designate the application or viewset used... 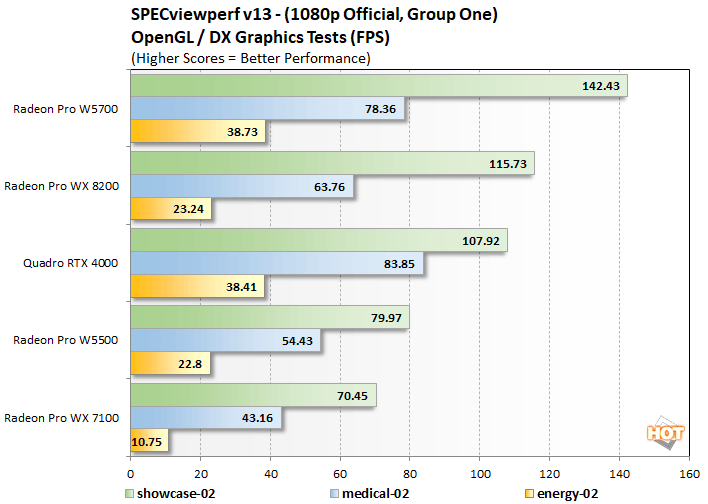 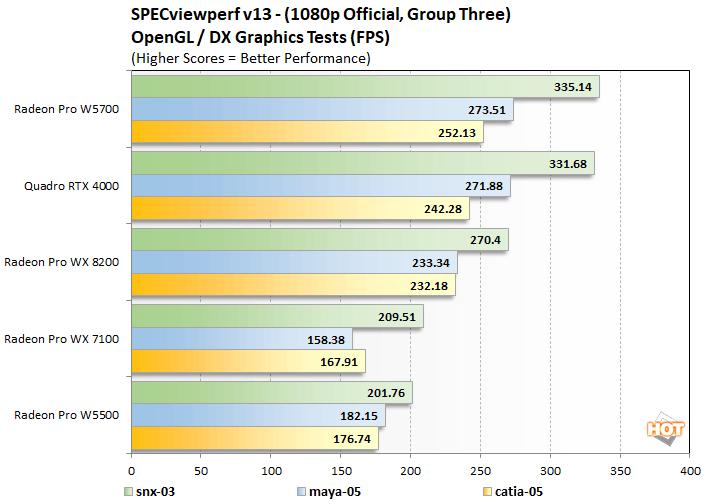 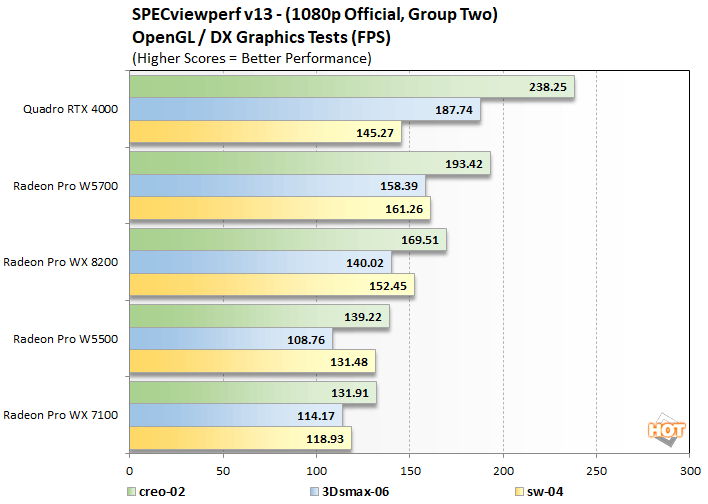 The new Radeon Pro W5500 goes 1/2 Borg and outperforms the Polaris-based Radeon Pro WX 7100 in 7 of 9 SPECviewperf tests. Stepping up to the higher-end cards offers a significant boost in performance, but for a mainstream offering the Radeon Pro W5500 is a clear step-up over the WX-series for the majority of workloads here.


Futuremark’s VRMark is designed to test a PC’s readiness for the HTC Vive and Oculus Rift virtual reality headsets. The benchmark does not, however, require that one of the headsets is attached to the PC to run and it uses an in-house graphics engine and content to ensure comparable results between different platforms. We ran the "Blue Room" VRMark test at defaults settings here, which is currently the most taxing test offered by the tool.

Superposition is powered by the UNIGINE 2 Engine. It offers an array of benchmark modes, targeting gaming workloads as well as VR, with both DirectX and OpenGL code paths. Unigine Superposition uses the developer’s unique SSRTGI (Screen-Space Ray-Traced Global Illumination) dynamic lighting technology, along with high quality textures and models, to produce some stunning visuals. We ran Superposition in its "VR Future" benchmark mode to compare the performance of all of the graphics cards featured here... 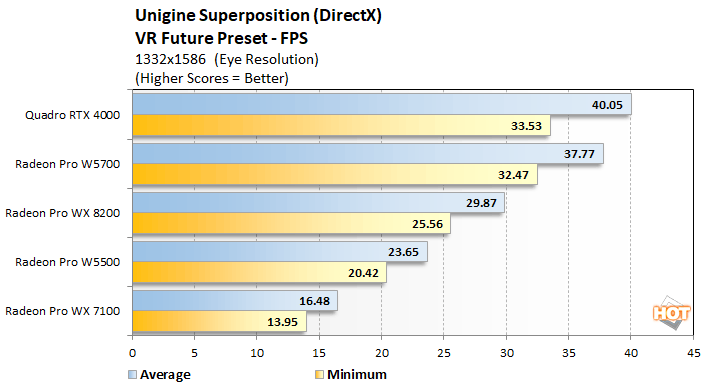 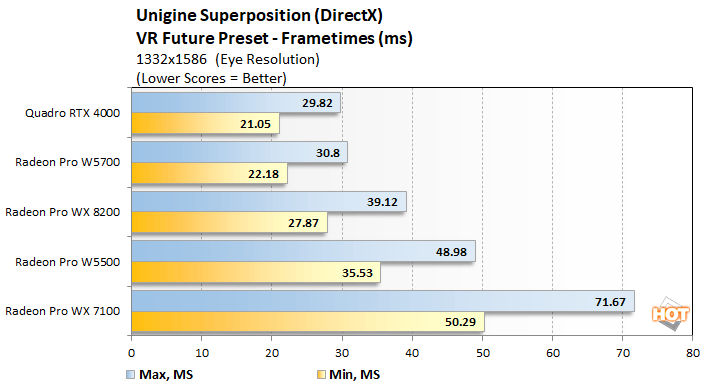 Superposition's VR benchmark shows a similar performance trend, with the Radeon Pro W5500 once again pulling head of the WX 7100, but this time by a much wider margin. 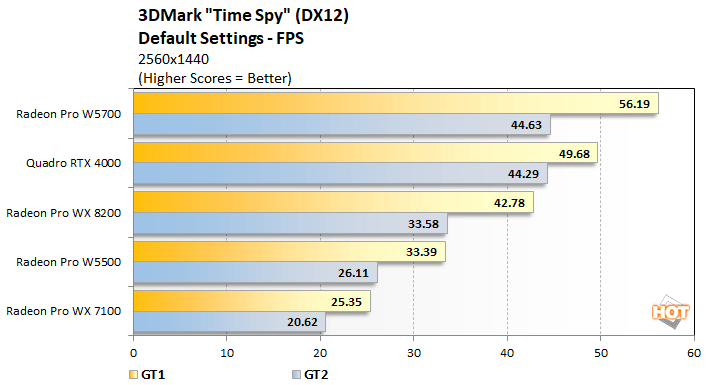 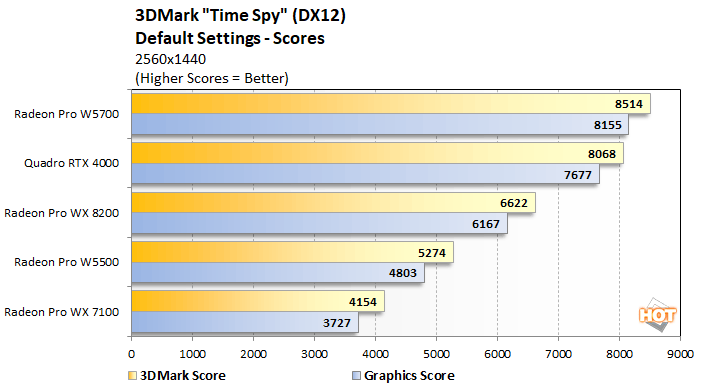 Although the Radeon Pro W5500 is not a gaming card, its handles 3DMark's DX12 Time Spy benchmark relatively well and outruns the Radeon Pro WX 7100 by about 27% overall.