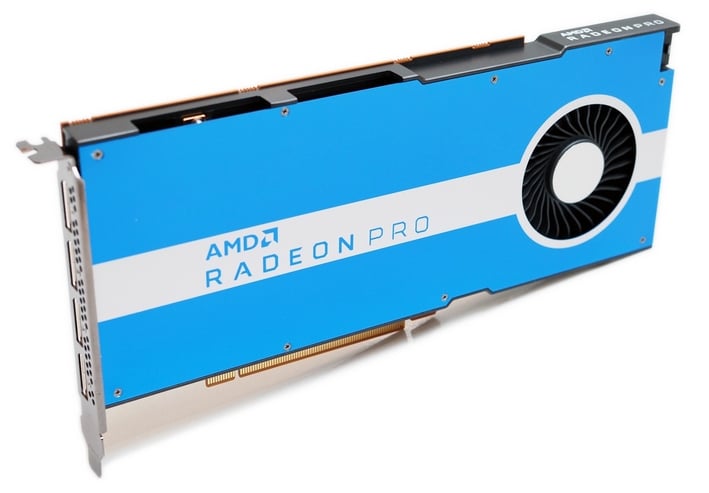 AMD is further fleshing out its professional workstation graphics cards line-up, with an additional Navi-based offering that targets a more affordable price point. The Radeon Pro W5500 we will be showing you here offers essentially the same feature set as its more powerful cousin, the Radeon Pro W5700, but it's outfitted with a scaled down GPU, with commensurately lower compute performance. The scaled down GPU, however, also allows for somewhat smaller form factor and lower-power consumption, though the card has a similar amount of on-board graphics memory and higher GPU clocks than the Radeon Pro W5700.

We’re getting ahead of ourselves, though. You can take a look at how the Radeon Pro W5500’s specifications compare below, before we dig in deeper, inspect the card itself, and see how she performs... 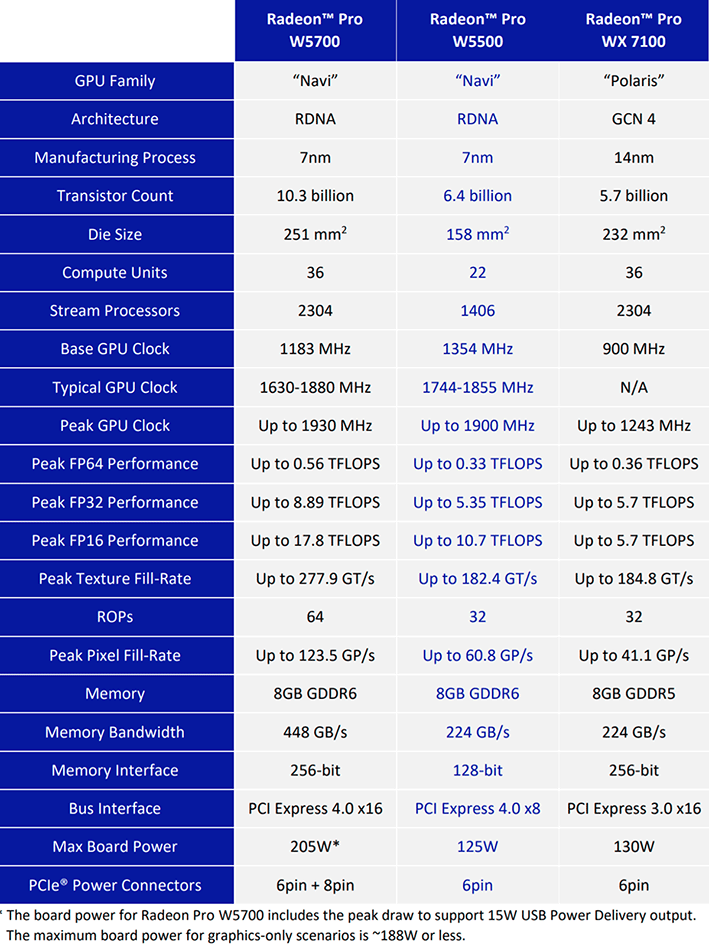 Find The Radeon Pro W5500 On Amazon @ $399
Like the consumer-targeted Radeon RX 5500 XT, the new Radeon Pro W5500 is built around a 7nm Navi GPU with RDNA, consisting of roughly 6.4B transistors. The larger Navi 10 GPU at the heart of the higher-end W5700 is also produced at 7nm, but is comprised of approximately 10.3 billion transistors. And its die size is roughly 251 square millimeters, which makes it nearly 100 square millimeters larger than what’s powering the W5500. 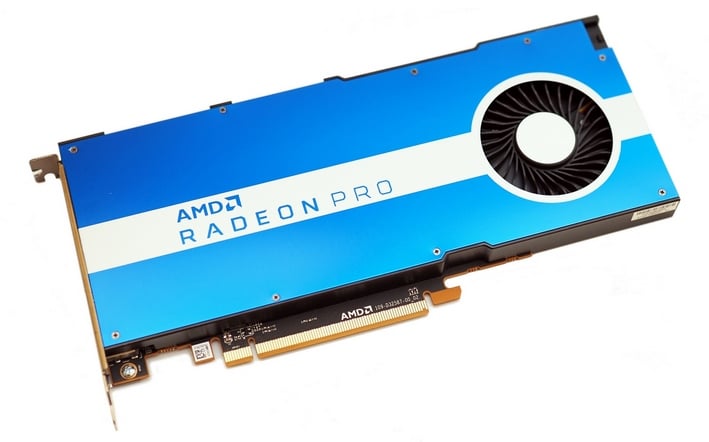 AMD's Radeon Pro W5500’s GPU is connected to 8GB of GDDR6 memory over a 128-bit interface with an effective data rate of 14Gbps, which equates to peak memory bandwidth of 224GB/s. At it default clocks, the Radeon Pro W5500 doesn’t quite match the previous-gen Radeon Pro WX 7100 in terms of FP32 or FP64 compute performance, but the W5500 offers much better FP16 and peak texture fillrate performance. Peak pixel fillrate is similar between the W5500 and WX 7100. 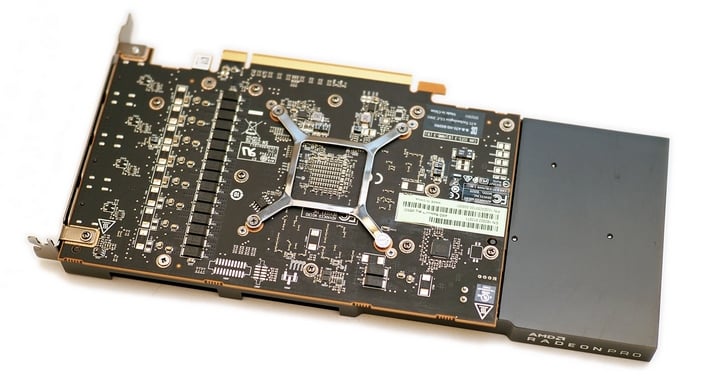 In regard to its design, the Radeon Pro W5500 looks much like the Radeon Pro W5700, with similar coloring and boxy, blower-style cooler – it’s just in a single-slot form factor. There is a dense array of heatsink fins under the stylish blue shroud, that sits directly atop the GPU and RAM, with the barrel-type fan offset towards the back of the card. The fan shroud is actually much longer than the PCB itself, and extends off the rear by a few inches.

The Radeon Pro W5500 features a single 6-pin PCIe power feed, which provides plenty of headroom to the card. Between the PCIe slot and the supplemental feed, 150W will be available to the Radeon Pro W5500 (75 + 75), which is nearly 25W higher than its 125W max board power rating. 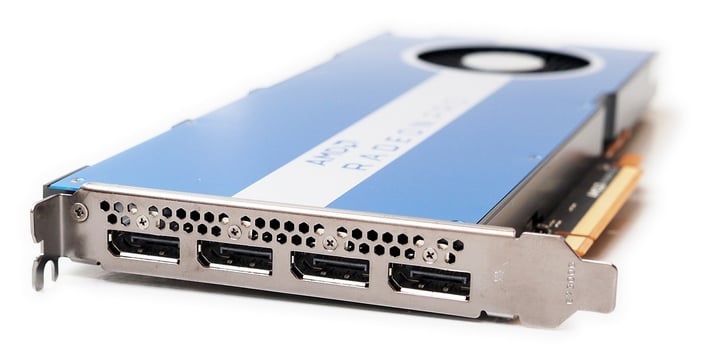 The display outputs on the Radeon Pro W5500 consist of 4, full-sized DisplayPort 1.4 ports, all of which can be used at any given time for multi-monitor configurations. Unlike the higher-end W5700, however, there is no USB-C port on the card for VR HMD applications. The remainder of the case bracket features hexagon-shaped vent holes, for exhausting warm air out of the system.

It’s time to get her plugged into the test rig and see how she performs...
NEXT PAGE