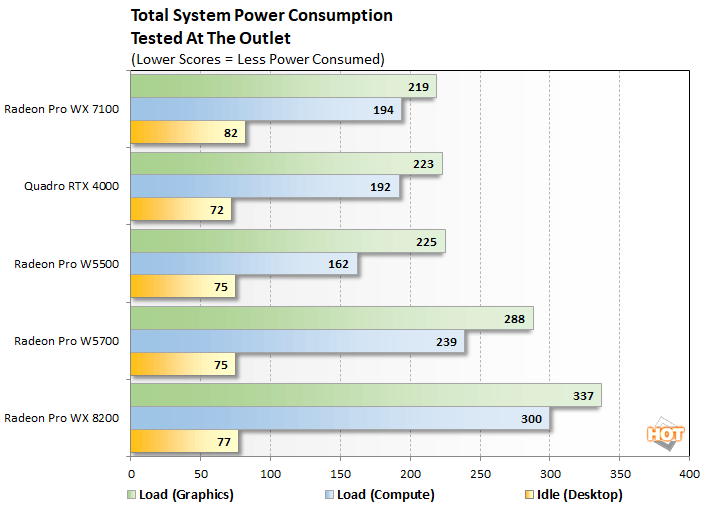 Other than the Polaris-based Radeon Pro WX 7100, which comes in a few watts higher, all of the other cards consumed similar amounts of power while idle. Under a compute workload, the Radeon Pro W5500 comes in the lowest by far, but it also trails the others in terms of performance in most compute workloads. While running a graphics workload, the Radeon Pro W5500's power consumption is also among the lowest of the bunch (only a few watts separate the Quadro, WX 7100, and W5500). Considering how much better the Radeon Pro W5500 performed versus the WX 7100 in the VR and graphics benchmarks, its similar power consumption to the WX 7100 is a testament to Navi's efficiency improvements over Polaris. NVIDIA's Turing architecture, however, is even more efficient.

Although the Radeon Pro W5500 consumes roughly the same amount of power under a graphics workload in comparison to its predecessor, the W5500 is the quieter, cooling running card. In most scenarios, the Radeon Pro W5500's cooler will spin up to audible levels, but never to a point we would consider the card loud. The blower-style cooler design used on the W5500 isn't known for its silence, but in real-world use cases it should be quiet enough for any environment. When tested in a typical mid-tower, with the side panel removed, we could hear the card over our PSU and CPU cooler, but it remains relatively quiet and never emits more than a dull whir. 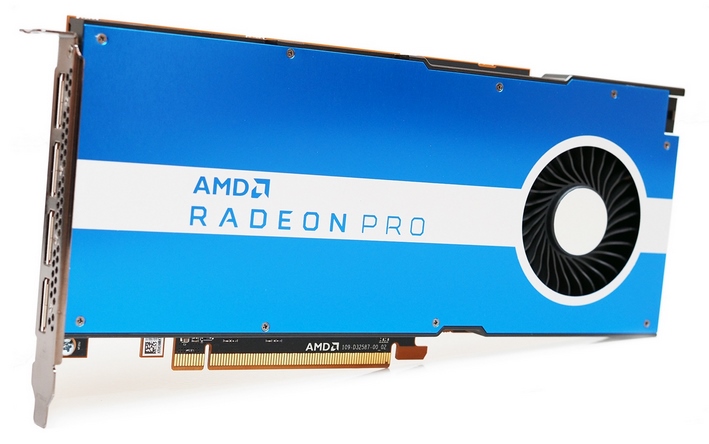