Next up, we'll take a look at several synthetic tests from HD Tune, CrystalDiskMark, and PCMark. 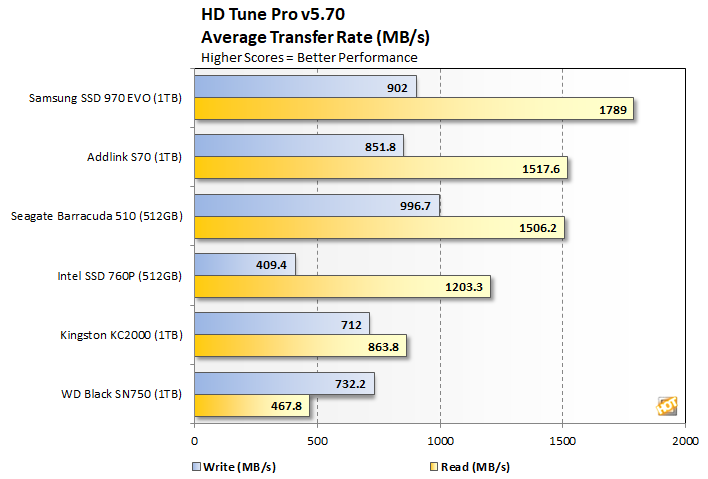 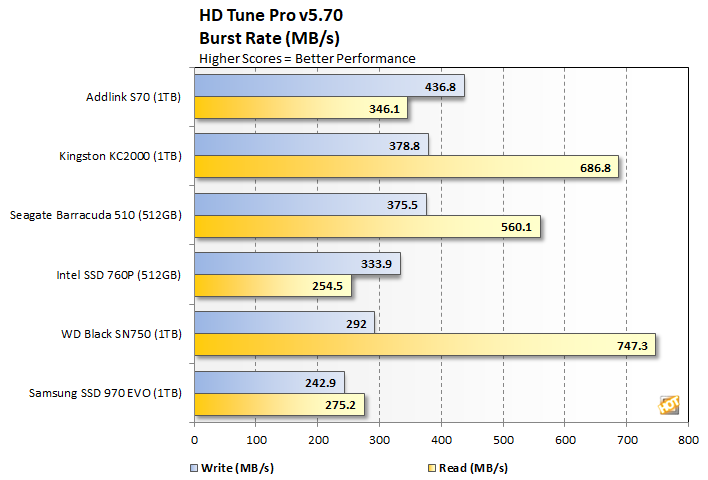 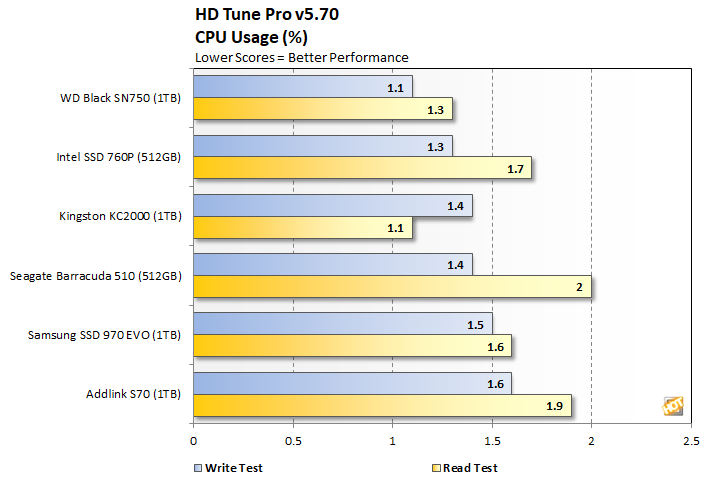 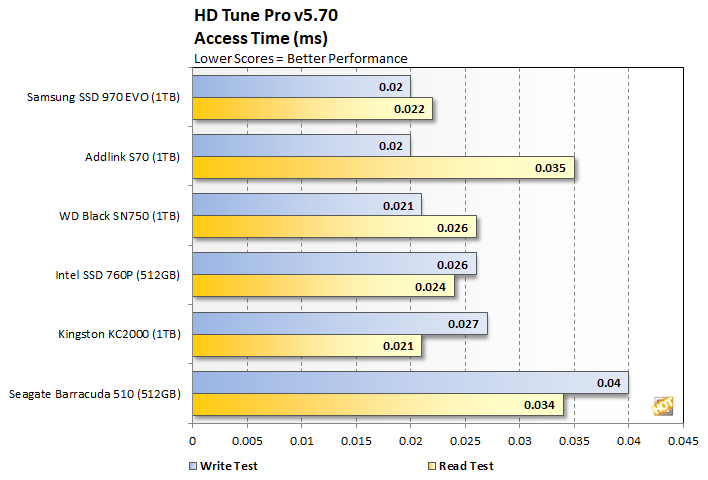 In terms of transfer speeds, the Addlink S70 put up a respectable show in both reads and writes, which isn't very far removed from the other tests we've looked at so far. The drive took first overall in burst write speed, too. While Addlink's drive technically used the most CPU time out of all of our drives for writes (and used more than average while reading), we're only talking about a fraction of one percent, which is basically just noise. Similar to IOMeter's latency tests, the Addlink drive's average read latency was among the higher times in our charts. It's not a bad result overall, but latency-sensitive workloads may not be served well here. 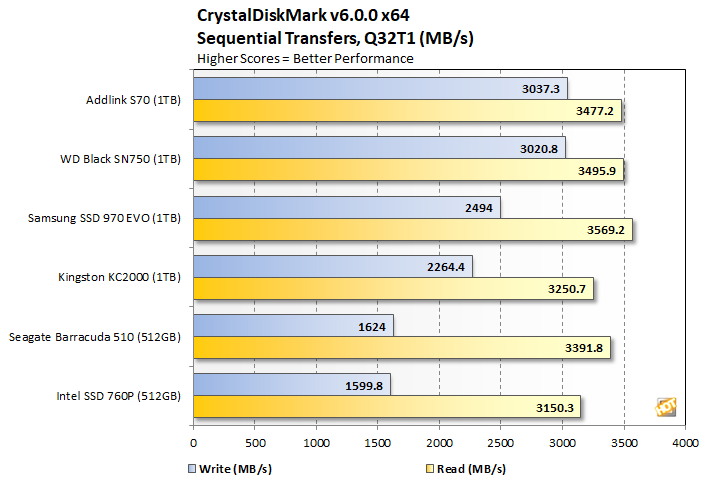 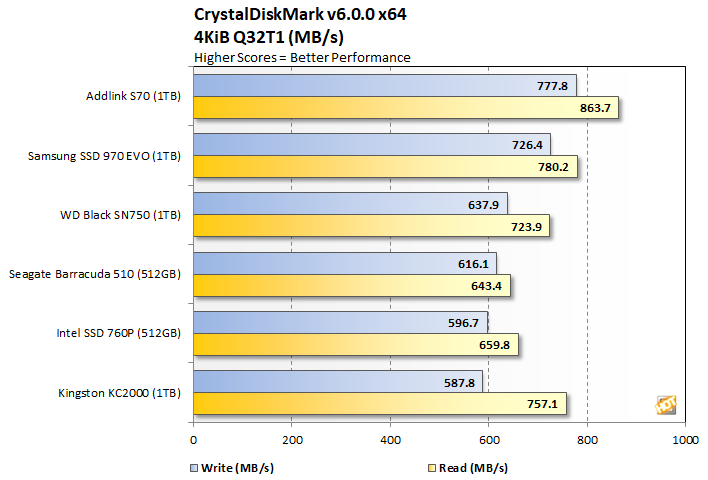 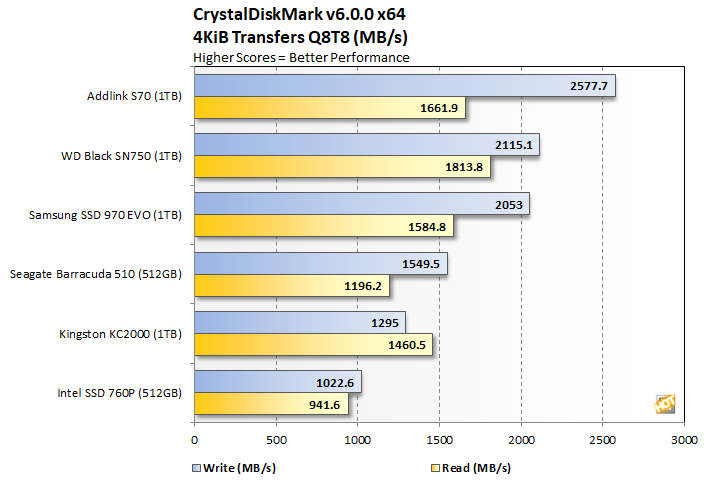 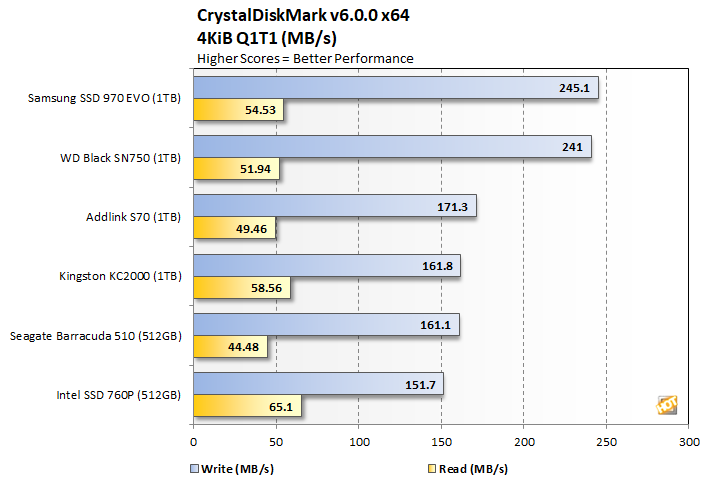 In three out of four tests in CrystalDiskMark, Addlink's S70 takes does well. As we saw in IOMeter, this drive apparently scales very well with multiple concurrent operations in flight. On the other hand, CrystalDiskMark's Q1T1 test saw the Addlink take a tumble behind both WD and Samsung, leading up the back of the pack. Once again, shallow queue depths are this drive's Achilles heel, which is unfortunate considering most consumer PC tasks will have that kind of lightly-threaded workload. 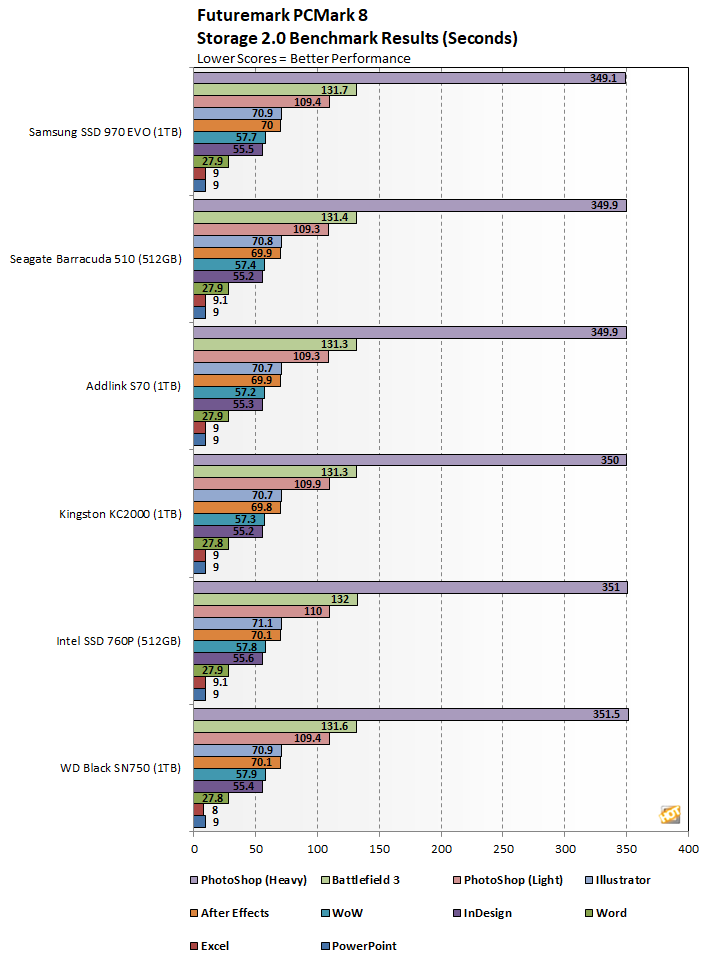 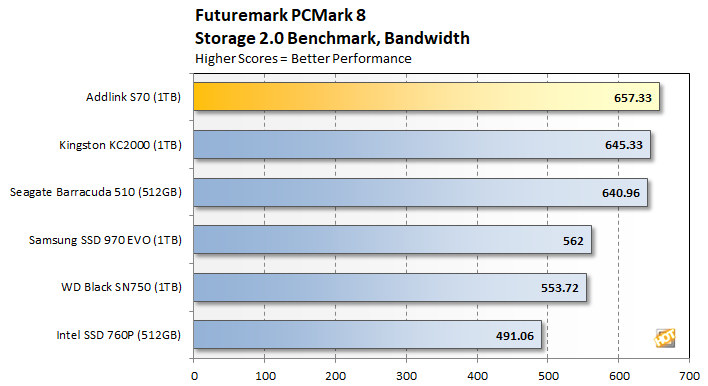 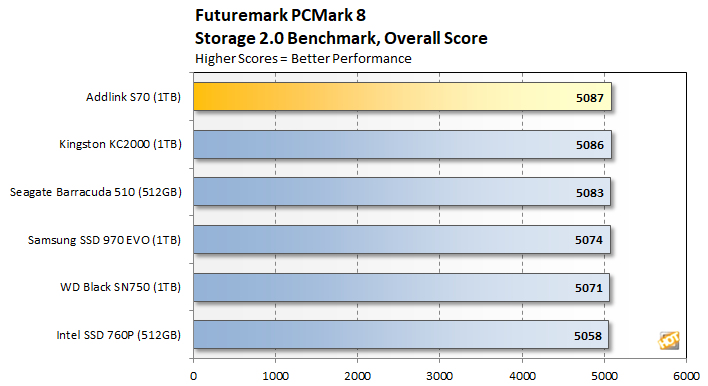 PCMark's suite of tests uses a big pile of traces on real-world applications and use cases. The Addlink S70 sat at or near the top of every single one of them. In terms of load times the S70 won more than it lost, but each test was hotly contested by our entire array of drives. On the backs of those load times and a pack-leading bandwidth score, the S70 turned in the very best overall score of the bunch, even if it was by just one point. Despite some weaker QD1 results earlier in our battery of tests, when it comes down to real-world performance, Addlink's S70 delivers.