Performance Summary: Addlink's S70 has something of a split personality in our test suite. Early on, it appeared that the drive's shallow queue depth performance would hinder its overall results. In the synthetic tests from IOMeter and HD Tune, it looked like we were in for a bumpy ride. The S70 didn't do very well thanks to a higher-than-average latency result and resulting QD1 performance that usually trailed the pack. On the other hand, those same synthetic benchmarks scaled very nicely with higher queue depths, so when the drive is under a heavier load it can pull its own weight. Once we got around to scripted real-world load tests in PCMark, the S70 put all those troubles behind it and shined where it really counted. 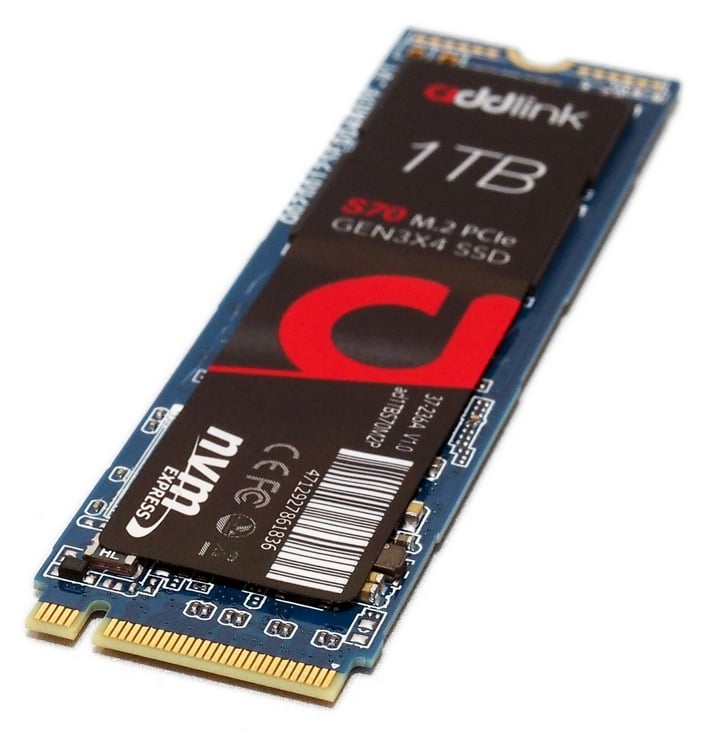 Despite those early troubles, it's appears Addlink built the S70 to chew through a typical desktop workload. While the low queue depth performance wasn't great, it consistently loaded applications and games with the best of our test group, and also turned in some fast bandwidth scores. While access latencies weren't particularly fast for this NVMe SSD, applications still load quickly and feel responsive.

Addlink didn't skimp on the warranty, either; five years is the standard for high-octane drives, and the S70 matches that. The company also rates the S70 to endure an awful lot of writes for Toshiba's 64-layer BiCS NAND, too, so that warranty has some legs. Addlink rated the S70 1TB drive featured here for 1.2 petabytes lifetime writes, which neatly doubles that of the KC2000 and 970 EVO. That indicates the company stands behind its product.

Pricing on the S70 is another great aspect. Pricing on the 256 GB model starts at just under $45, and ranges up to around $250 for a 2 TB model. The 1 TB unit we reviewed will set you back less than $120. The smallest model aside, the 512 GB, 1 TB, and 2 TB units will all cost around $0.11 or $0.12 per gigabyte, which puts the drive's price at parity with entry-level NVMe drives like Intel's 660p. Compared to the Samsung 970 EVO and Kingston's KC2000 drives with similar performance in many tests, and which cost somewhere closer to $0.15 to $0.18 / GB, the S70 represents a good value. Based on the real-world performance results and this excellent pricing strategy, we have no problem recommending Addlink's S70 for anyone shopping for an SSD on a budget.