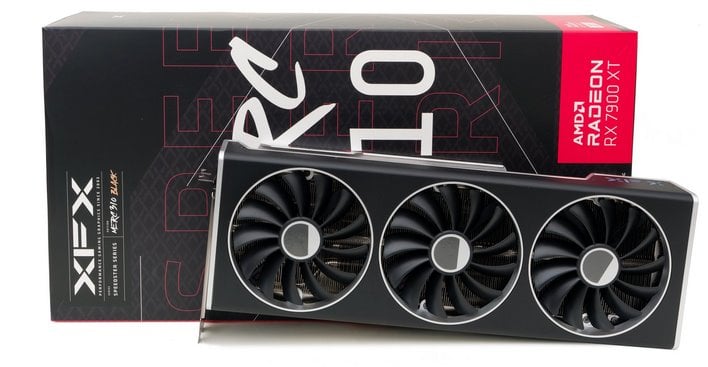 AMD’s new RDNA 3-based Radeon RX 7900 XT and 7900 XTX officially go on sale today. Yesterday, we were able to show you what AMD’s own reference Radeon RX 7900 series cards can do, but in this piece we’ll be highlighting a third-party partner board from XFX, the MERC 310 Radeon RX 7900 XT. As we saw with NVIDIA’s initial GeForce RTX 40 series launches, AMD board partners seem to be taking the company’s reference designs and then pushing them to the extreme. The MERC 310, for example, offers modestly higher boost clocks, but features a much larger PCB and cooling assembly that extends the card's length to 13.5”. AMD’s own Radeon RX 7900 XTX is only 11.2” long, for context.

The MERC 310 Radeon RX 7900 XT diverges from AMD’s design in a number of additional ways as well, which we’ll get to shortly. First up, we have some specs to go over and then it’s time for a tour and some benchmarks... 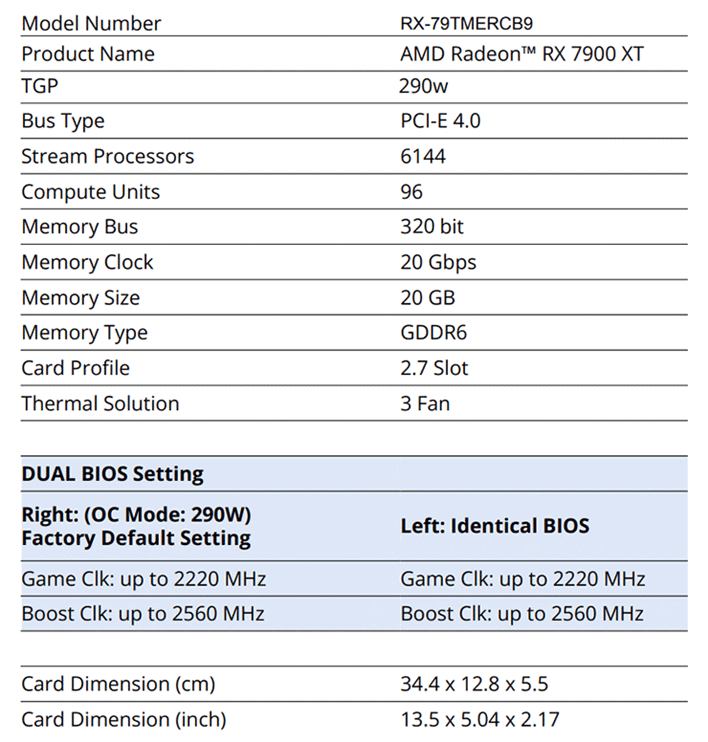 Find XFX MERC 310 Radeon RX 7900 XT Cards @ Amazon
At its core the MERC 310 Radeon RX 7900 XT is just like AMD’s own Radeon RX 7900 XT. Both cards share the same base feature set and have somewhat similar power and performance targets, give or take a few percentage points. In addition to the different PCB and cooler designs, the XFX MERC 310 ups the expected frequencies from AMD’s reference 2,000MHz game clock and 2,400MHz boost clock, to "up to” 2,220MHz and 2,560MHz and the BIOS is tweaked for slightly higher power (by 18-33 watts). Memory clock and capacity remains similar to AMD’s cards with 20GB on board, at an effective data rate of 20Gbps.

While those frequency deltas may seem stark, in the real world, AMD’s own reference card consistently scales to frequencies higher than the conservative papers spec, so actual performance isn’t too far apart.

To support those higher clocks and power, the XFX MERC 310 Radeon RX 7900 XT employs a full digital 13+1 PWM, to ensure the GPU and memory have stable power delivery. There are also thermal pads incorporated throughout the card for components on both the front and back of the PCB – there are 20 thermal pads used in total, to aid in cooling the memory and VREGs. Those thermal pads make contact with the PCB components, back plate, and large heatsink fin stack. 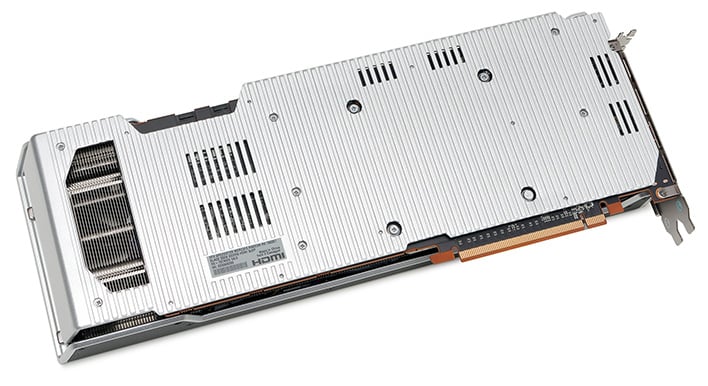 A large, nickel-plated copper vapor chamber makes direct contact with the GPU and massive array of heatsinks is linked together via multiple heat-pipes and the whole assembly runs the entire length of the card. Atop the heatsinks are three 100mm axial fans, and the entire shroud and back plate assembly is made of cast aluminum.

Although the XFX MERC 310 Radeon RX 7900 XT is built like a tank and as solid as they come, all of the weight that comes by way of a massive cooler which can place a lot of stress on an expansion slot. To that end, XFX includes what they’re calling a “Z Support Bar System” that wraps around the entire card and screws into a chassis for additional support. 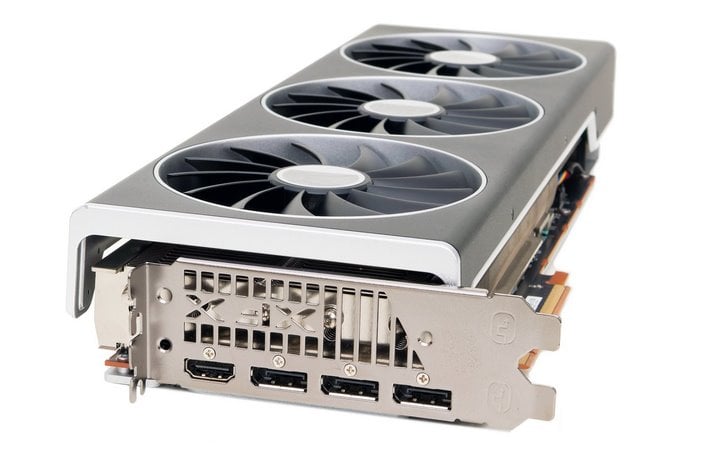 Other cool features of the XFX MERC 310 Radeon RX 7900 XT include a dual BIOS switch and integrated lighting. The display outputs are also somewhat different than AMD’s cards. The XFX MERC 310 Radeon RX 7900 XT is packing three full-sized DisplayPorts (2.1) and an HDMI ports (2.1a). XFX eschews the USB-C port on AMD’s cards in favor of an addition full-sized DisplayPort. The power connector situation is the same, though. There are two standard 8-pin PCIe power leads required to feed this beast.

Now, what do you say we find out what this card can do? Benchmarks coming up next...