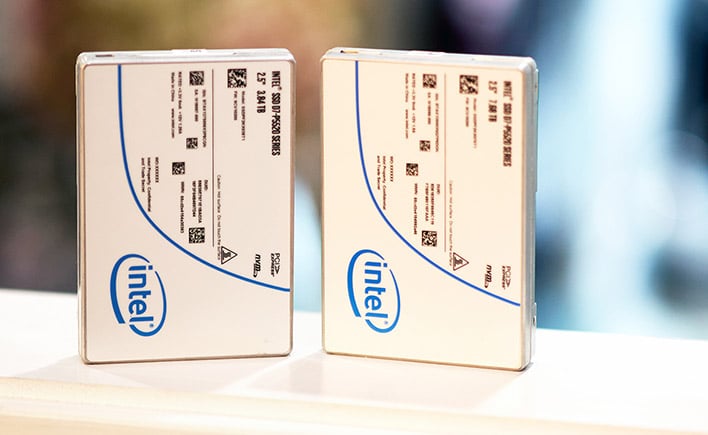 EFD Software's HD Tune is described on the company's website thusly: "HD Tune is a hard disk utility with many functions. It can be used to measure the drive's performance, scan for errors, check the health status (S.M.A.R.T.), securely erase all data and much more." The latest version of the benchmark added temperature statistics and improved support for SSDs, among a few other updates and fixes. 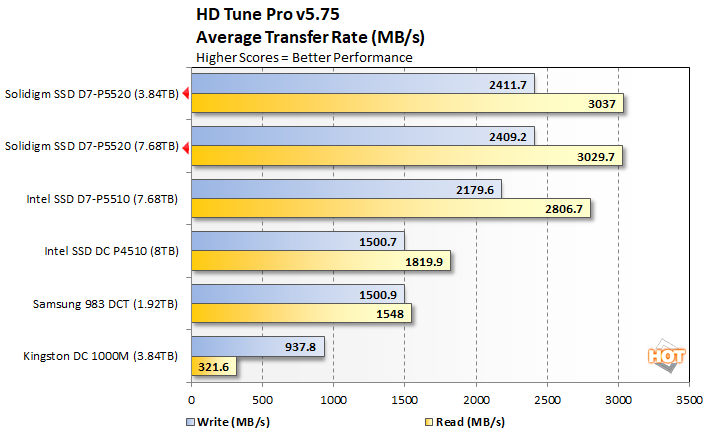 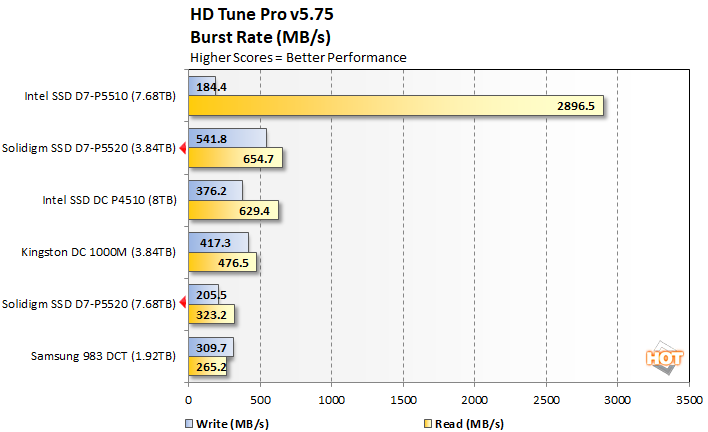 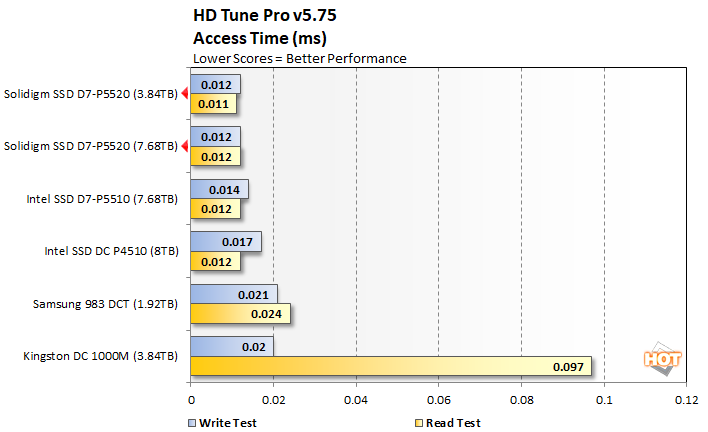 The Solidigm SSD D7-P5520 drives offered the highest throughput and tied for the lowest latencies here. They were competitive in the burst tests as well, save for the D7-P5510 which put up a significantly higher score. 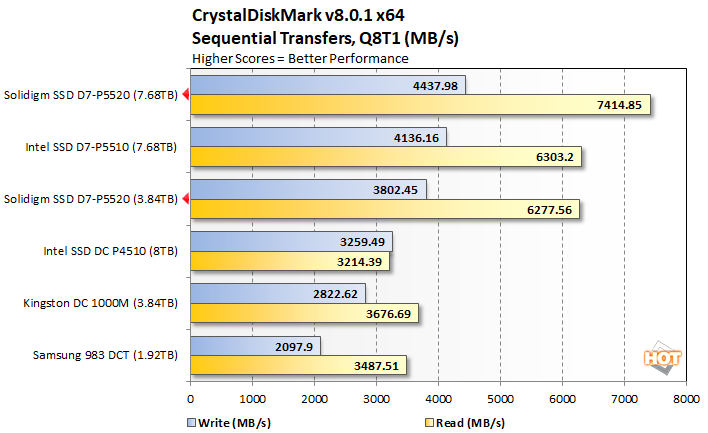 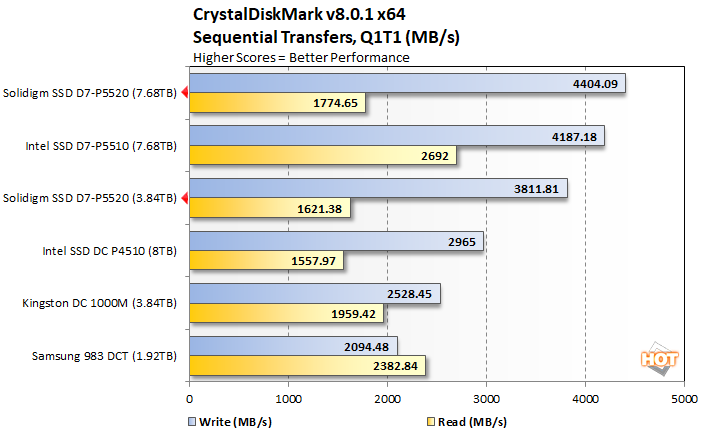 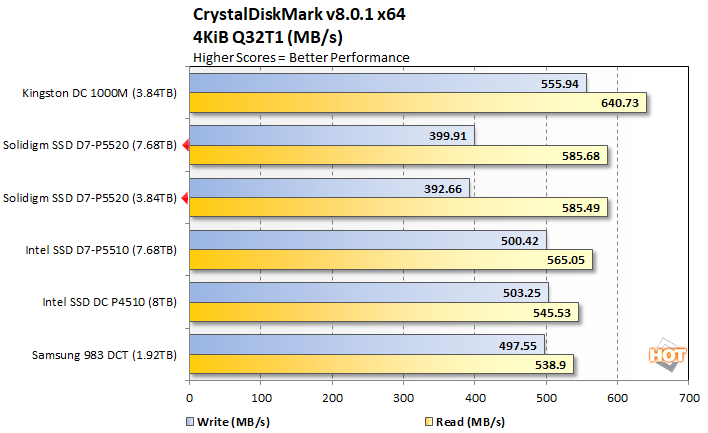 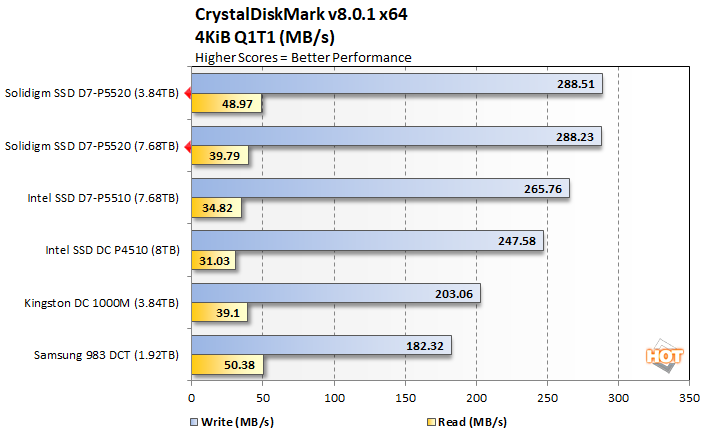 For this next set of tests, we measured access latency at various queue depths with the same fully random IOmeter 4K access pattern (67% reads, 33% writes) featured previously, but while each of the drives was also under a sustained sequential write workload. A sustained sequential write across the entire volume was initiated, and when performance plateaued, access latency was measured with IOMeter using the 4K fully random access pattern. 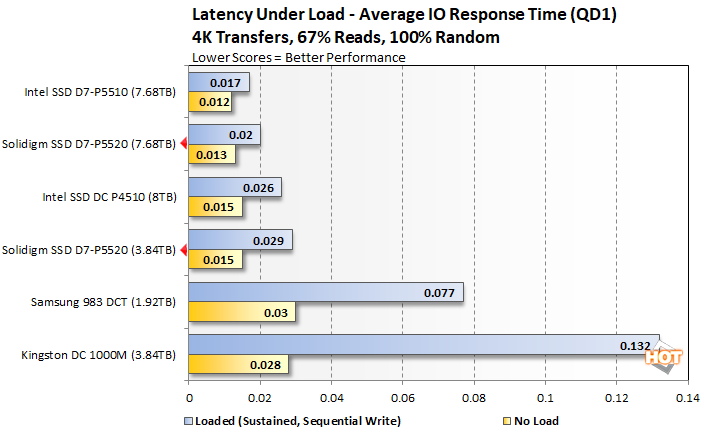 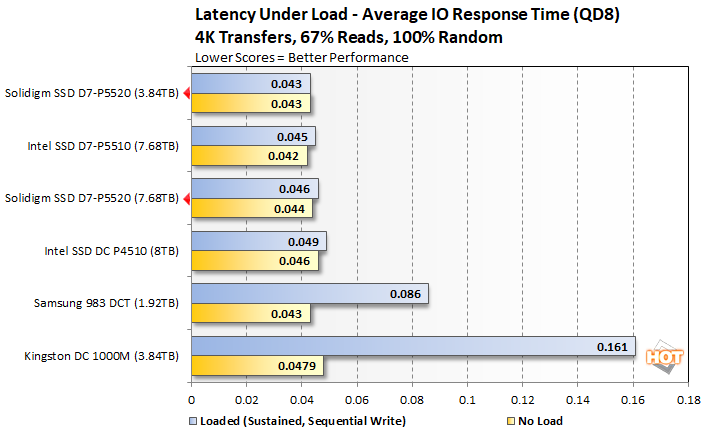 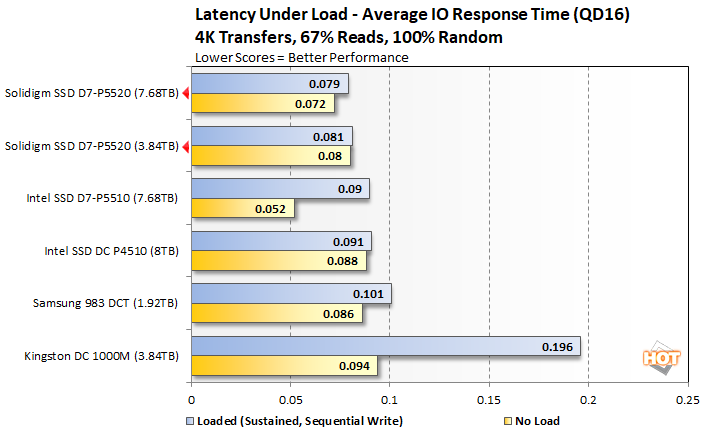 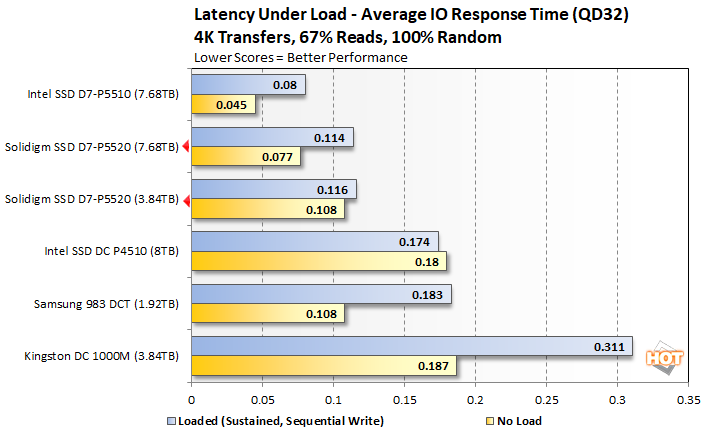 Solidigm set out to offer leading-edge, native PCIe Gen 4 SSDs, with class-leading real-world performance across a variety of workloads, with the new D7-P5520 of drives. In our testing the company delivered just that. The 7.68TB Solidigm SSD D7-P5520 was one of the highest performing solid state drives we tested, especially in terms of reads and when places under higher loads. 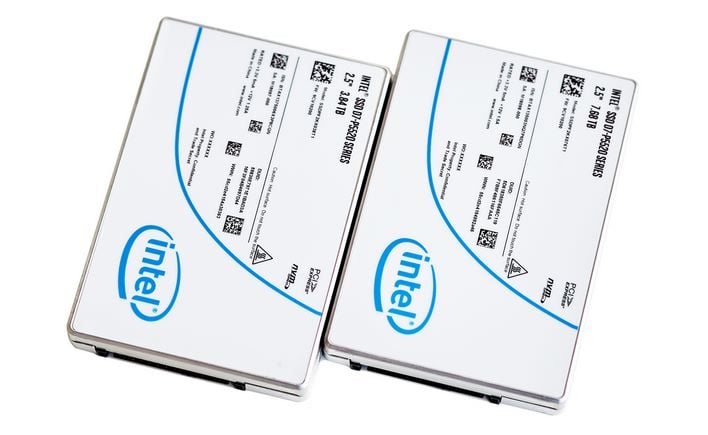 Both the 7.68TB and 3.84TB Solidigm D7-P5520 series Solid State Drives put up excellent, competitive numbers across the board. Unfortunately, we haven't been able to find them for sale anywhere just yet, so calculating street prices isn't an option currently. However, if history is any indicator, Solidigm's pricing will likely be aggressive. Intel's SSD D7-P5510 drives, which are very similar, can be found for "only" $0.18 - $0.24 per gigabyte, which isn't much higher than some of the better consumer-class drives currently on the market.

Considering their strong performance and competitive endurance ratings with other drives in this class, the Solidigm's SSD D7-P5520 series is easy to recommend (higher endurance P5620 series drives are also coming down the pipe). The Solidigm SSD D7-P5520 offers strong overall performance in a variety of high demand workloads, with leading-edge features, a solid warranty, and what we expect to be competitive prices. We look forward to seeing what this new but seasoned storage competitor is cooking up next.