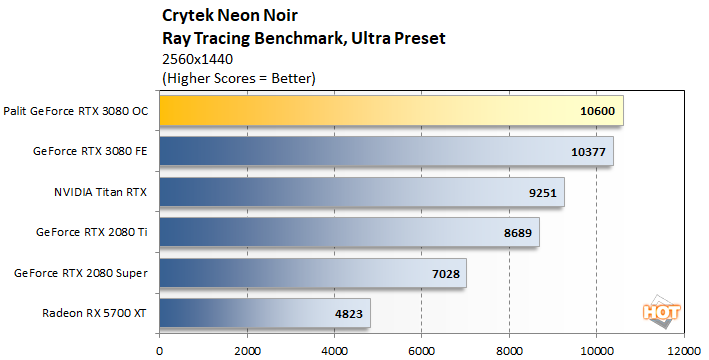 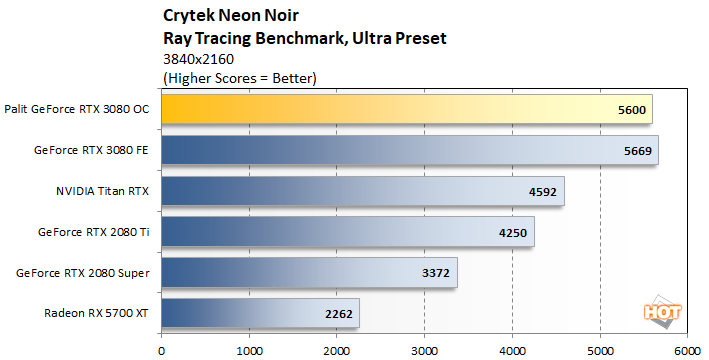 Please note that Neon Noir is using a proprietary ray tracing method, that does not require a GeForce RTX to function -- hence the Radeon results being present in the charts above. Here, the Palit GeForce RTX 3080 GamingPro OC traded victories with the Founder's Edition card, depending on the resolution. 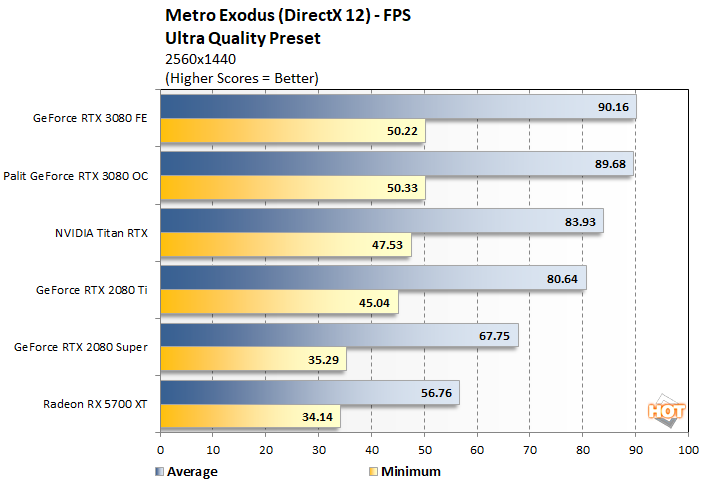 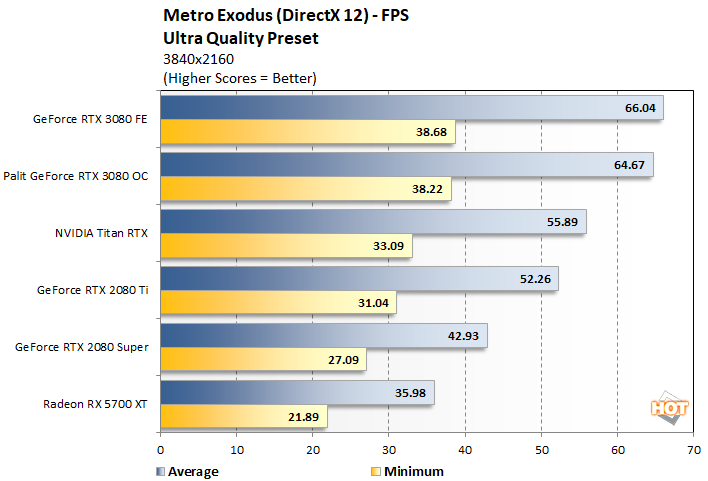 Using the Ultra quality preset -- sans any ray tracing or DLSS -- the Palit GeForce RTX 3080 GamingPro OC and FE card were neck-and-neck, but head-and-shoulders ahead of every other GPU in the field. 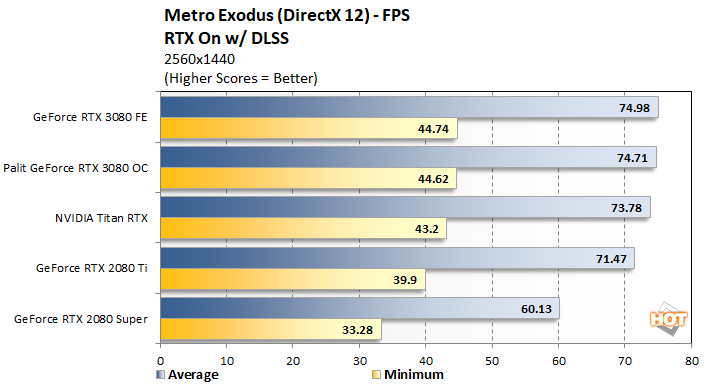 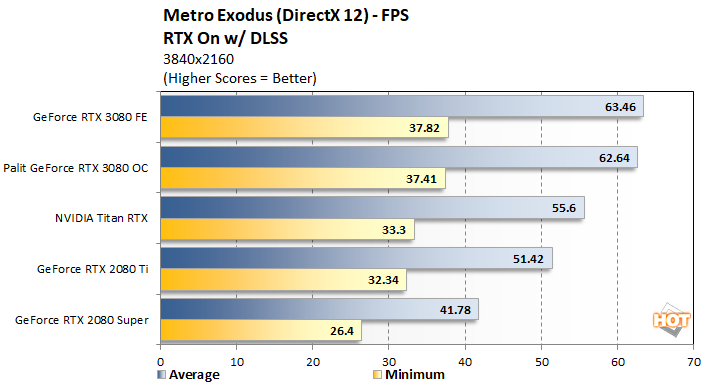 We also tested Metro Exodus with RTX and DLSS enabled, so no Radeons in the charts here. At 1440P, there's not much separating the high-end cards, but once we hit 4K, the Palit GeForce RTX 3080 GamingPro OC and FE jump out to a significant lead. 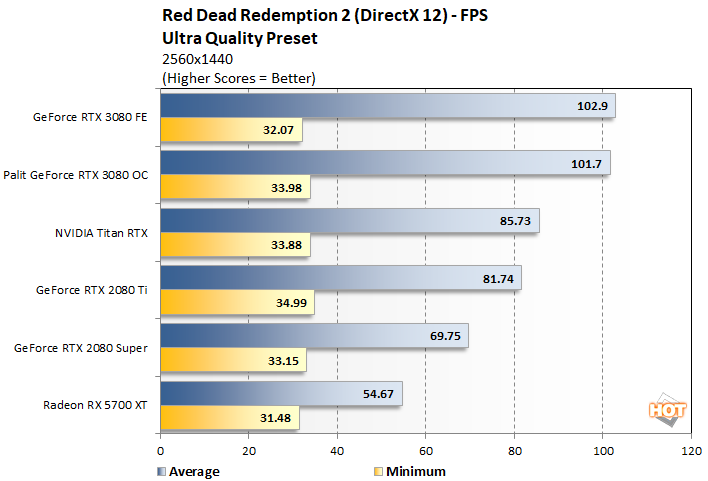 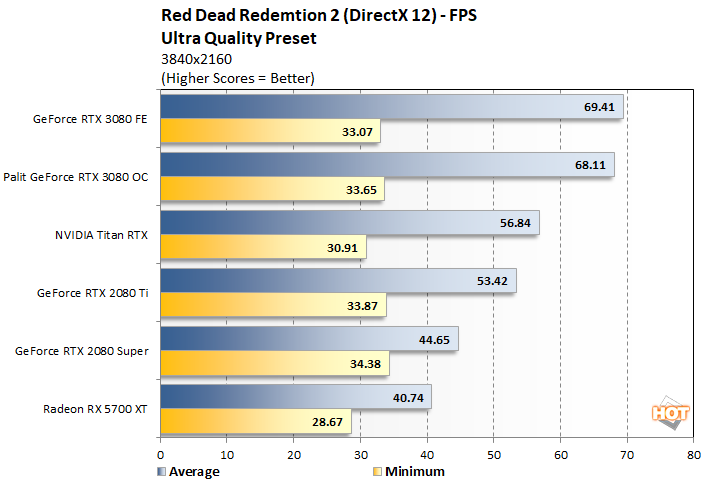 The Palit GeForce RTX 3080 GamingPro OC put up somewhat better minimum framerates than the NVIDIA Founder's Edition card, but ultimately trailed by just a touch in terms of average framerate at both resolutions. 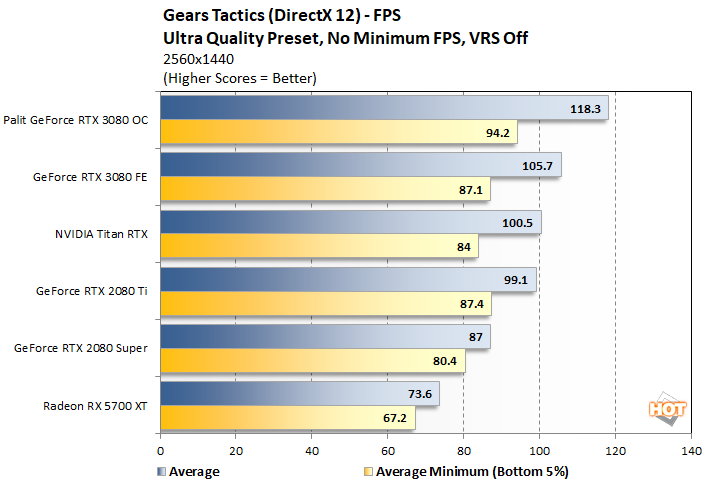 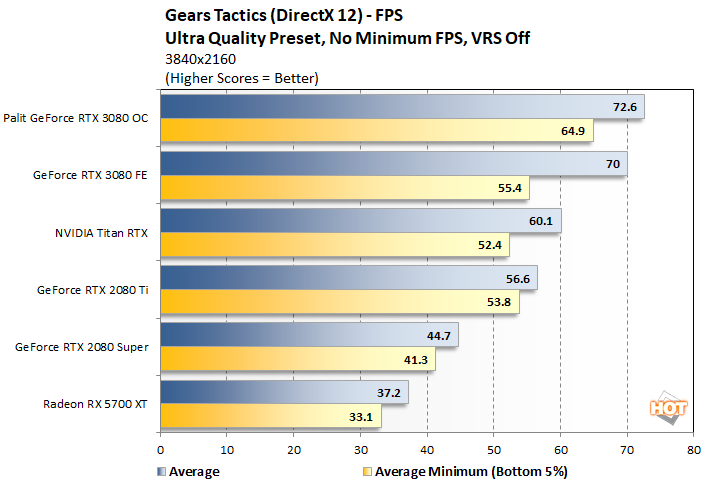 Gear Tactics was somewhat CPU limited with the higher-end cards at 1440P, but things scaled more appropriately at 4K. Here, the Palit GeForce RTX 3080 GamingPro OC was able to outrun the Founder's Edition, with better minimum and average framerates. 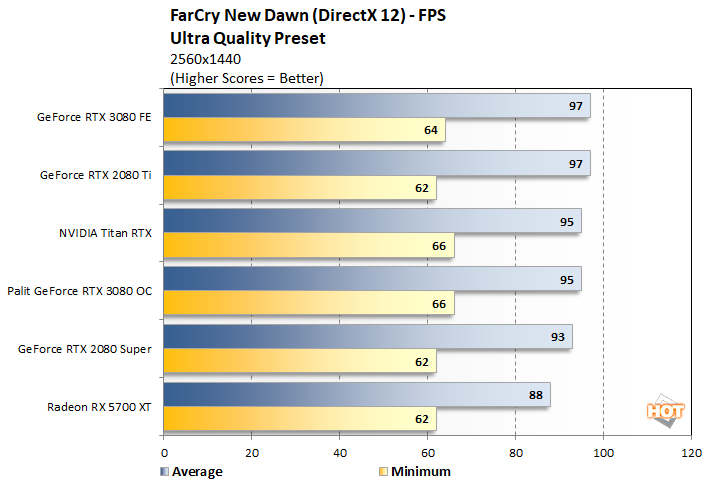 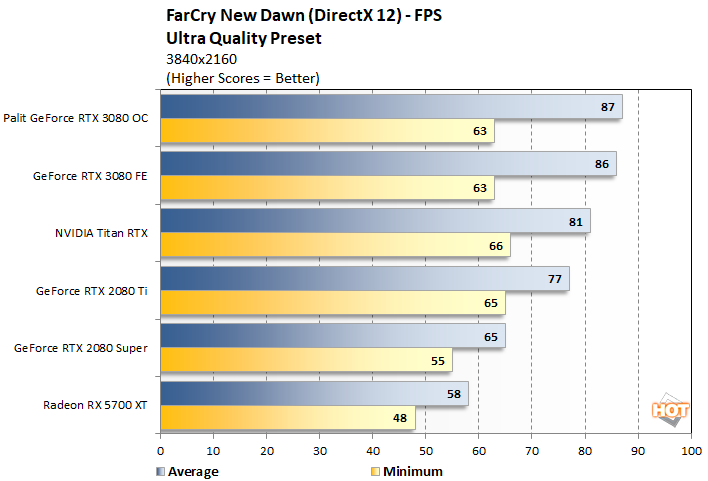 Like Gears Tactics, Far Cry New Dawn was CPU limited as well at 1440P. At 4K though, the Palit GeForce RTX 3080 GamingPro OC jumps into the pole position and outruns the FE by a small margin to lead the pack. 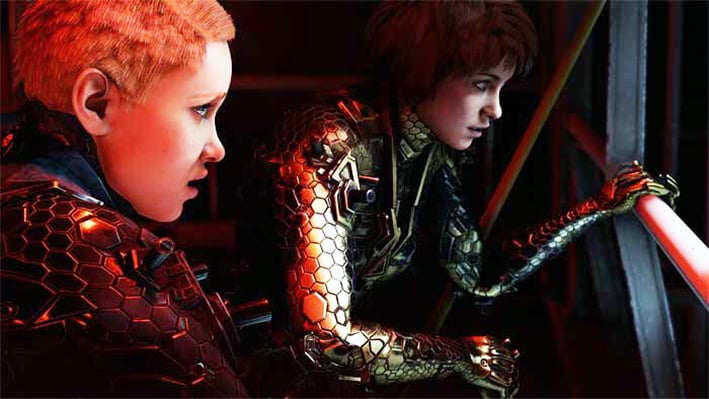 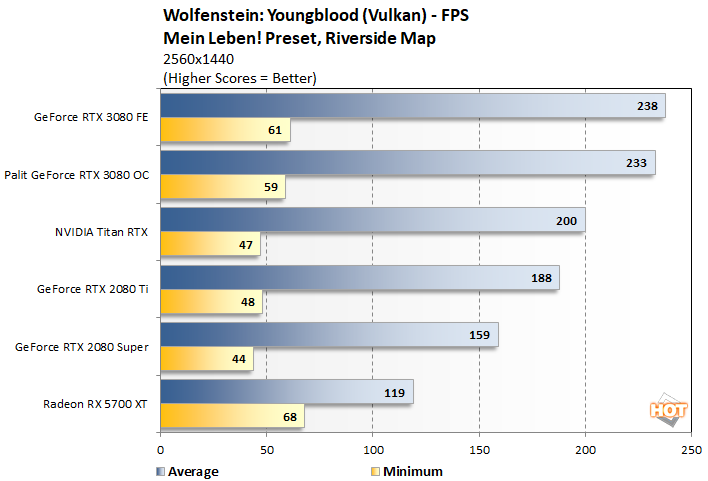 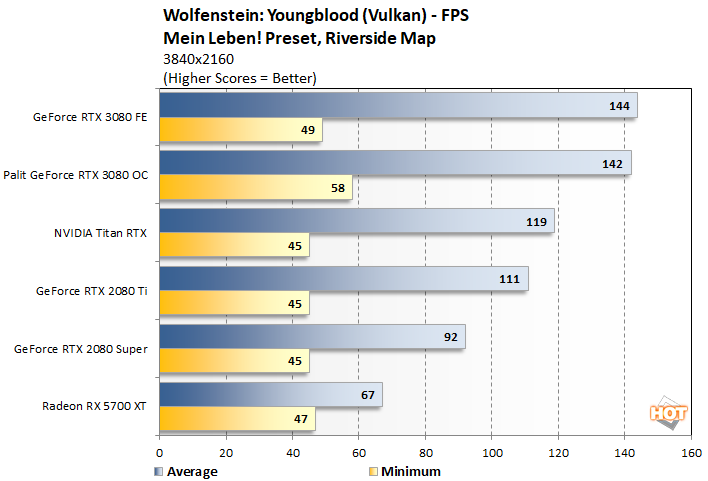 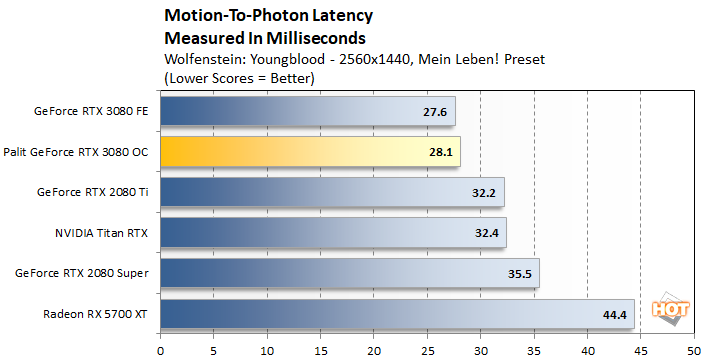 We've got one more data point to share as well. While we had Wolfenstein: Youngblood running, which offered relatively high framerates across all of the GPUs we tested, we used the LCAT device that's part of the new NVIDIA Reviewer Toolkit to capture some end-to-end latency characteristics. Note, this is NOT an NVIDIA reflex title, so there are no specific latency optimizations happening here. Framerates also directly correlate to end-to-end latency, so all other things being equal, the fastest cards should offer the best latency characteristics. And that's what we saw.

These numbers in the chart above are an average of 50 samples and the Palit GeForce RTX 3080 GamingPro OC ends up just a touch behind the NVIDIA Founder's Edition card. Don't read too much into this one, though. We're presenting the data as an interesting aside, since we captured it, but we're still experimenting and learning how to best incorporate LDAT data into our future reviews.
PREV PAGE NEXT PAGE