OnePlus 8 Pro And One Plus 8 Performance Benchmark Results

The latest version of Geekbench for Android has aligned its scores with the desktop version of Geekbench 5, so as a result we had to capture all new results for this review -- the data presented here should't be compared to any of our previous Geekbench results in older smartphone reviews. We've still got a pretty big cross-section of devices represented, though, so let's see how the OnePlus 8 Pro and One Plus 8  fare versus some of their competitors... 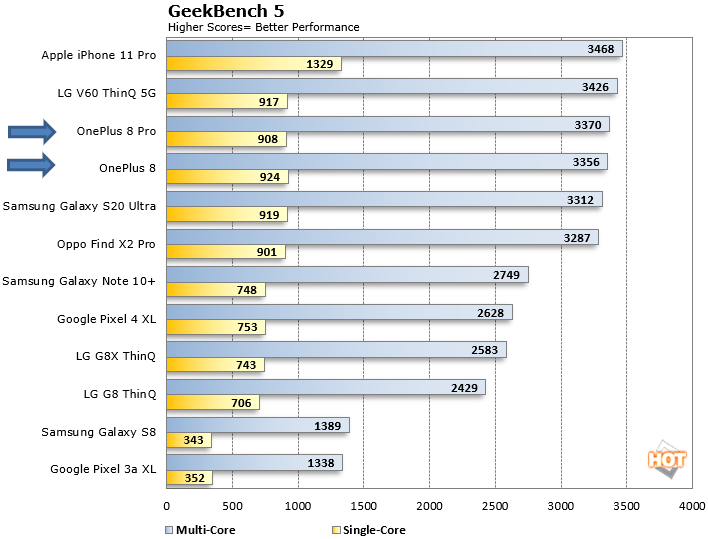 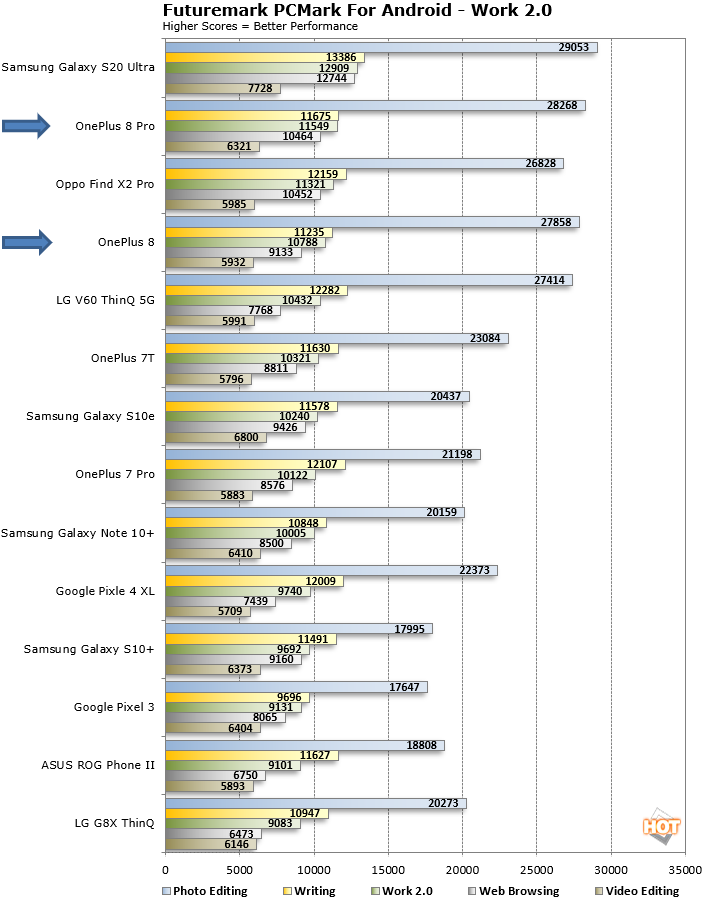 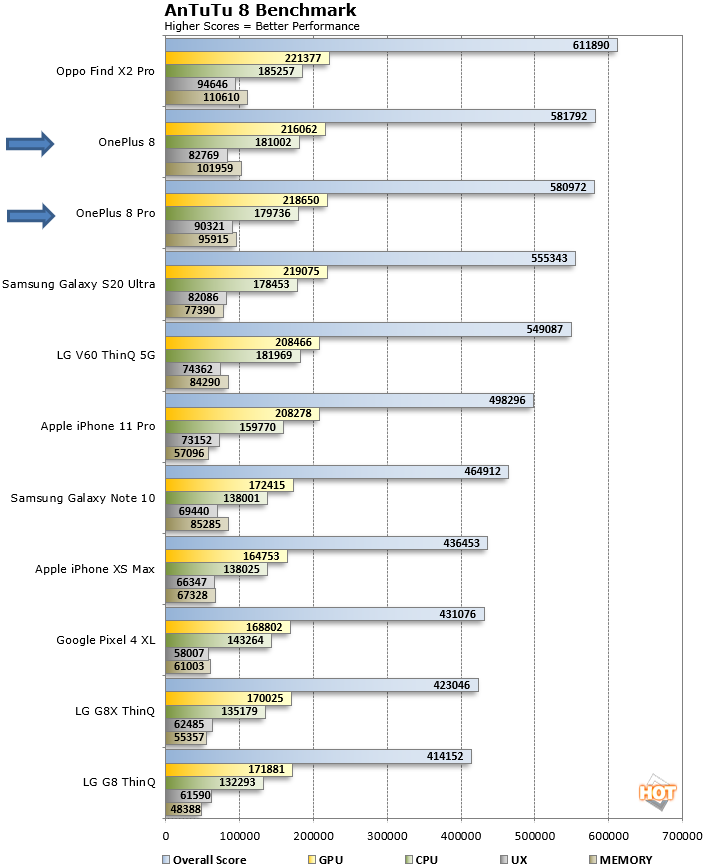 The OnePlus 8 Pro and One Plus 8 also performed well in the AnTuTu benchmark. Here, both devices are able to outrun the Samsung Galaxy S20 in terms of their overall score and they end up trailing only the Oppo Find X2 Pro, that's mostly to its particularly strong score in the UX sub-test.

Next up we'll focus on 3D performance using GFXBench and UL's 3DMark Sling Shot benchmarks. Since modern Android phones come with displays of all shapes and sizes, we level the playing field by looking at off-screen rendering performance. While that doesn't draw full-sized images to the screen and makes the benchmarks a little less fun to watch in the process, this does ensure that every phone gets the exact same task. These tests are a bit more challenging than most 3D games on Google Play, since most developers want their games to be playable for the vast majority of phones.

GFXBench has several scenes built in. The most well-known batteries are the T-Rex test and Manhattan. These are good choices for our lower-end phone, since it doesn't have big, beefy graphics built in. 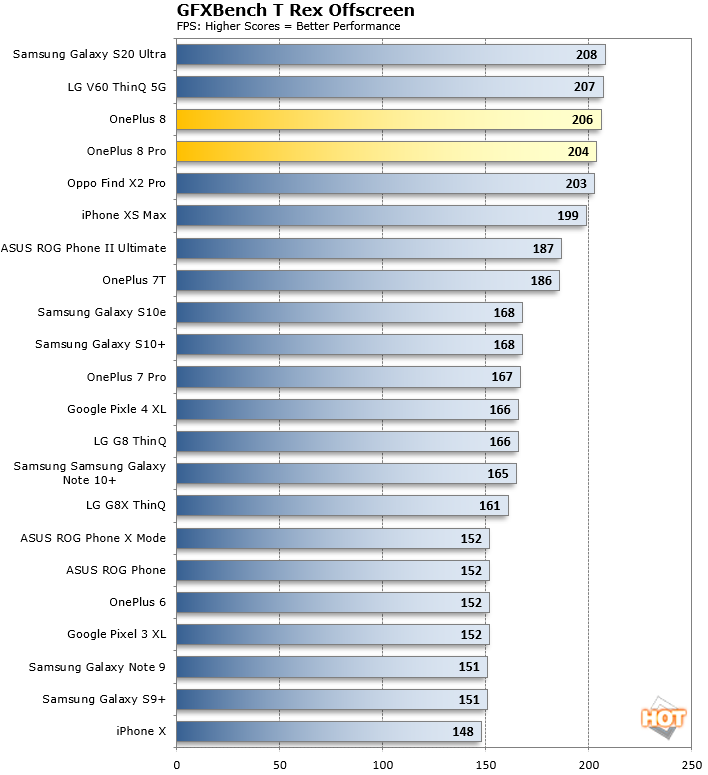 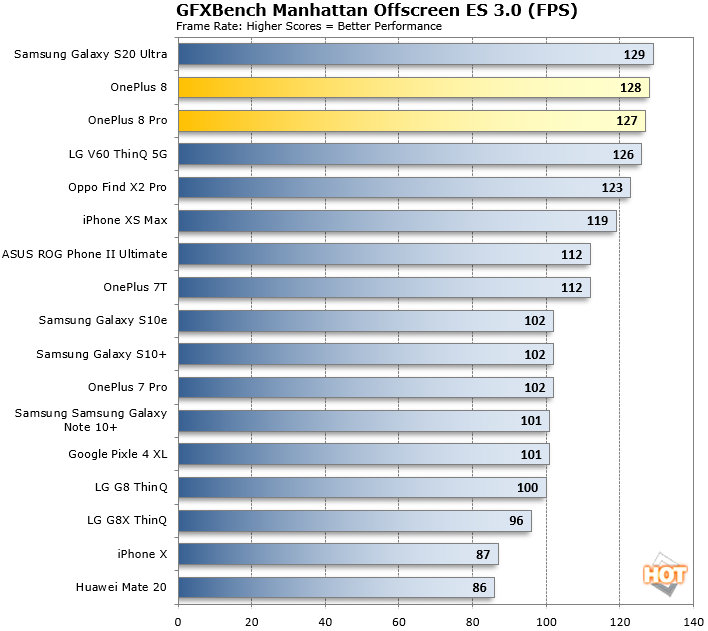 Once again we see the OnePlus 8 Pro and One Plus 8 finishing near the top of the charts, trailing only the Samsung Galaxy S20, and in one test, the LG V60 ThinQ. That said, the deltas separating the top-end devices here are quite small. For all intents and purposes, all of the Snapdragon 865-powered phones perform at similar levels in this benchmark. 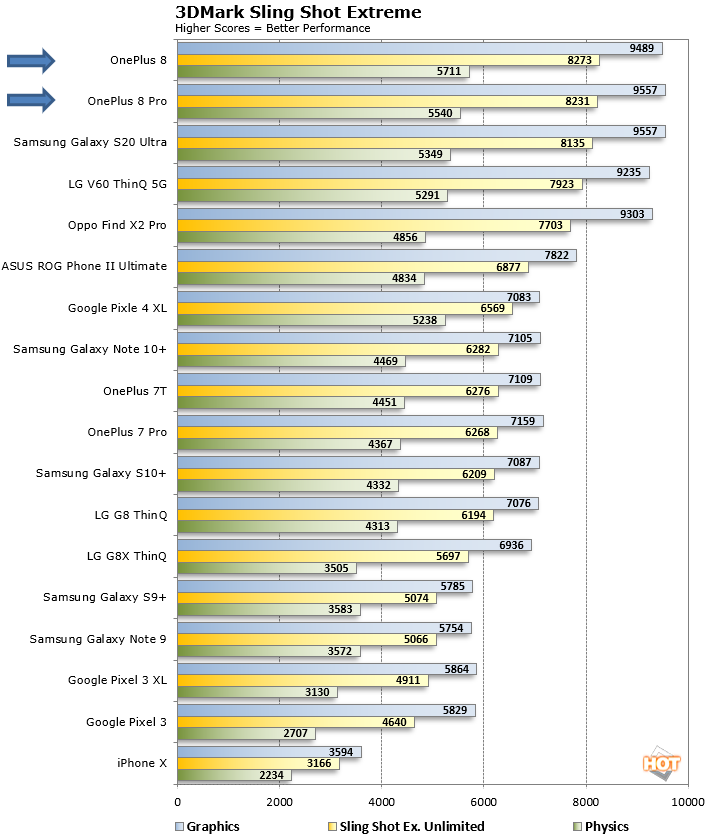 The overall results in 3DMark put the OnePlus 8 Pro and One Plus 8 in the lead, outpacing all of the other devices we've tested. Once again, though, the deltas separating the Snapdragon 865-based devices is small and fall within the margin of error in this benchmark.
PREV PAGE NEXT PAGE