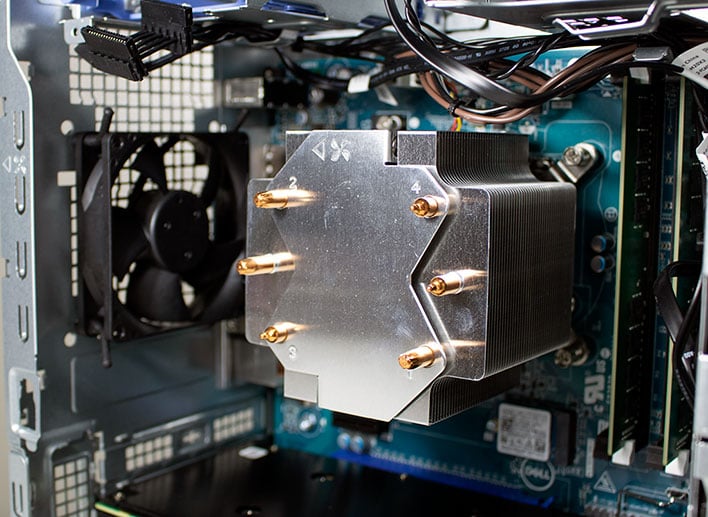 Even though the Core i7-10700K has an unlocked multiplier, the XPS Desktop Special Edition is not designed for overclocking. Both the BIOS and stock cooling configuration are not up to the task. You could turn to Intel's Extreme Tuning Utility (XTU) if you really wanted to, but we kept the the system parameters as they shipped.

To measure idle power consumption, we let the XPS Desktop Special Edition boot to the Windows desktop and settle for a few minutes. Once the value on the Kill-A-Watt stabilized, we recorded that value as the idle consumption. The loaded figure represents perhaps a slightly unrealistic scenario in which the system is tasked with running both Prime95's Small FFT test and a 2560x1440 Furmark stress test simultaneously. This desktop PC was plugged directly into our Kill-A-Watt for all measurements, so only its power draw is being measured here. 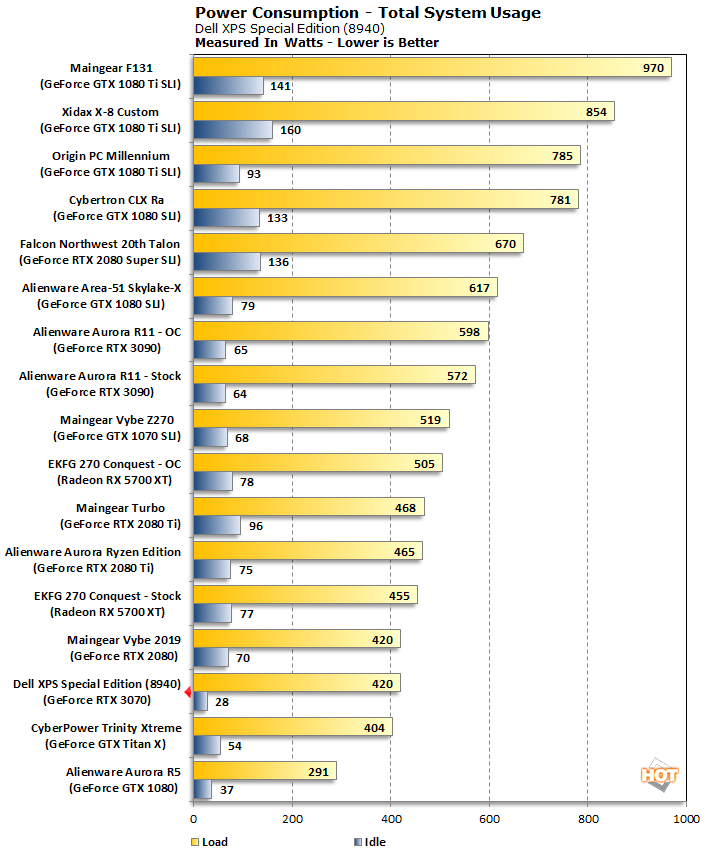 Here is one place where falling to the bottom of the graph is a good thing. In this case, the XPS Desktop Special Edition only drew 28W at idle, and sometimes just 27W. And at full load, we measured 420W, the same as Maingear's 2019 Vybe. This is after letting the stress tests run for around 30 minutes, by which time some throttling kicks in. Our peak wattage at the very beginning of the stress testing was 510W. Despite the PSU being at 500W model, it was able to go beyond its rating.

While under load, we tracked the system's thermals and acoustic behavior, driven by a single case fan (exhaust), the CPU air cooler, and two fans on the graphics card. Below are the results.... 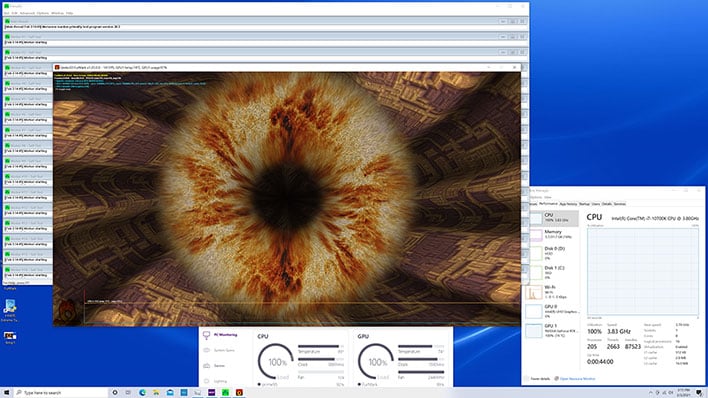 The CPU temperature peaked at 97°C—pretty toasty—before throttling kicked in, which dropped the clockspeed to 3.83GHz after running at 100 percent load for 30 minutes. At that point, the CPU temp hovered around 89°C, while the GPU temp held steady at 74°C.
Incidentally, the only time this system became even remotely noisy was when fully stressing the GPU and CPU. Even then, it was far from ear splitting. Our noise meter measured around 52 decibels when positioned near the front of the chassis. According to how the CDC ranks noise levels, that falls between a refrigerator hum (40 dB) and a normal conversation (70 dB). Not bad for a fully twisted throttle measurement.
PREV PAGE NEXT PAGE