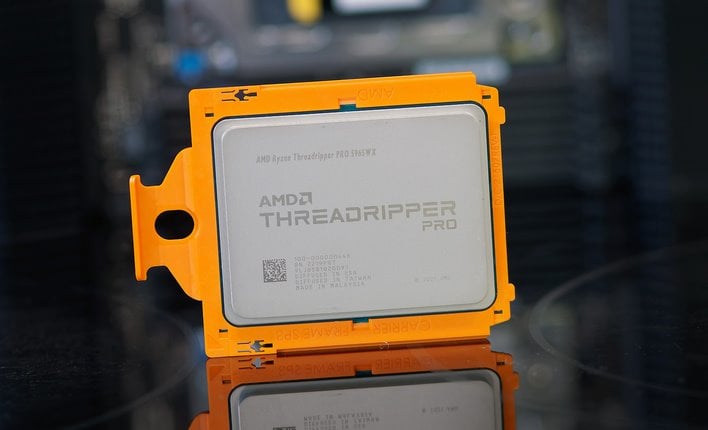 To that end, we got our hands on an AMD Ryzen Threadripper Pro 5965WX processor and the requisite motherboard and memory to test it out. The Threadripper Pro 5965WX is the middle-child of the line-up, which features 24-cores (48-threads). There are Threadripper Pro 5000 series parts with higher and lower-core/thread counts as well, but there are a number of other features that set these powerful processors apart from their consumer-class cousins, which we should point out before we get too far ahead of ourselves. So, strap in and let’s get to it... 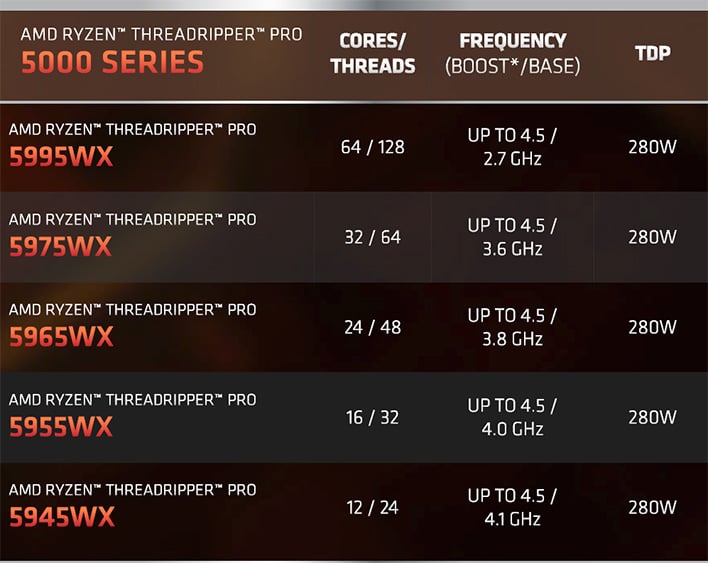 All of the Threadripper Pro 5000 series processors have TDPs of up to 280 watts. They also feature support for 8 memory channels – versus 4 channels on standard Threadrippers -- and have 128 integrated PCIe 4.0 lanes. L3 cache maxes out at 256MB on the top-end 5995WX, but drops down to the 128MB on the 5975WX and the Threadripper Pro 5965WX we’ll be showing you here.

Now, if you’re familiar with the previous-gen Threadripper Pro 3000 series, many of those specifications may sound familiar, at least in terms of core counts and total cache. But the Zen 3 architecture used on the 5000 series brings with it a number of enhancements, including an update cache hierarchy and larger 8-core cluster configuration with access to 32MB of cache, versus the 4-core clusters with 16MB of cache of Zen 2. Zen 3 also offers additional IPC and frequency improvements. All told, the new architecture and all of its advancements, should result in a significant performance uplift for the Threadripper Pro 5000 series, relative to its predecessors. 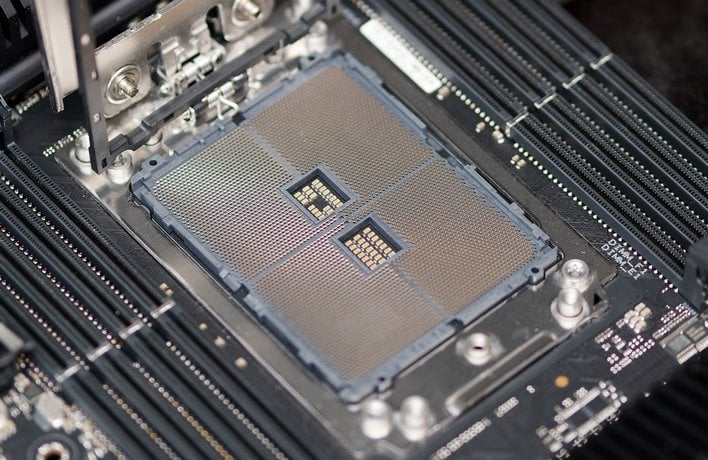 The AMD Threadripper Pro 5965WX In The Flesh 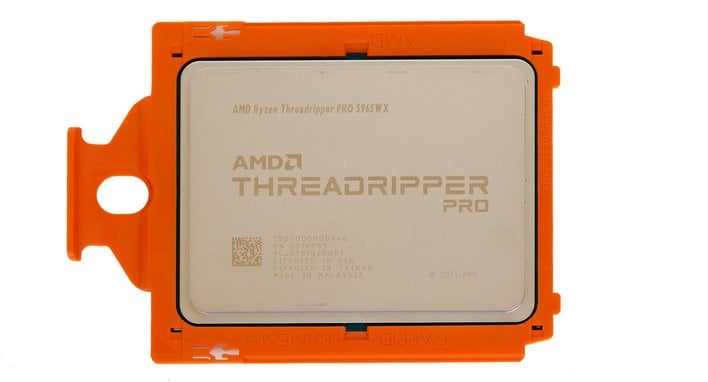 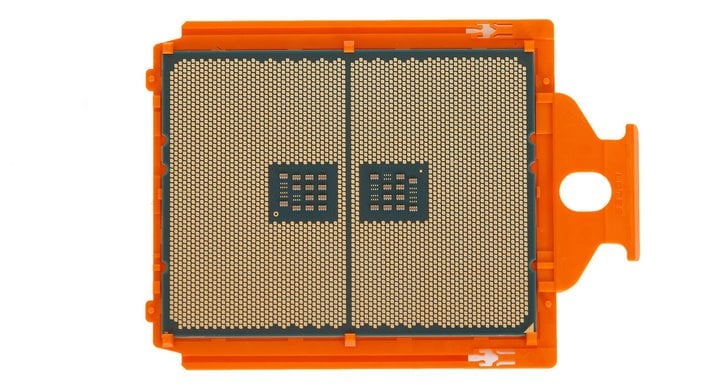 
Because these are “Pro” series chips, they also support some additional security features, namely AMD Shadow Stack. AMD Shadow Stack, which enables Microsoft hardware enforced stack protection, provides hardware-level stack protection capabilities to protect a system from certain types of malware. AMD Shadow Stack addresses threat vectors such as return oriented programming attacks and works by storing a record of the return addresses so comparisons can be made to ensure integrity is not compromised. 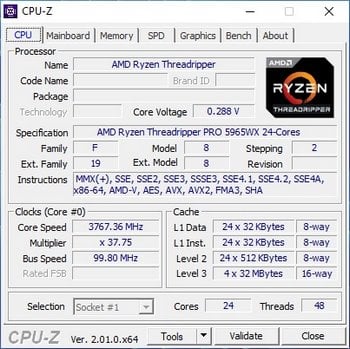 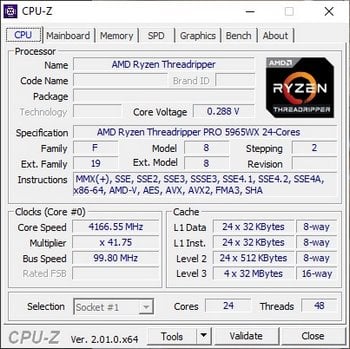 Above are the idle and full-loaded states of AMD's Threadripper Pro 5965WX, according to the latest version of CPU-Z. It appears the program is not able to read core voltages properly, but core counts, the cache configuration and clocks are all correct. As you can see, the chip is rocking 24-cores (48-threads), with 128MB of L3 cache, 12MB of L2 cache, and 768KB of L1 and L2 Data and Instruction cache (each). With all cores loaded up, clocks typically peak in the 4.2GHz range, but higher clocks (up to 4.5GHz) are possible with lightly-threaded workloads.