In our custom LAME MT MP3 encoding benchmark, we convert a large WAV file to the MP3 format, which is a popular use case for many end users, to provide portability and storage of their digital audio content. LAME is an open-source MP3 audio encoder that is used widely around the world in a multitude of third party applications.

In this test, we created our own 223MB WAV file and converted it to the MP3 format using the multi-thread capable LAME MT tool in single and multi-thread modes. Processing times are recorded below, listed in seconds. Shorter times equate to better performance. 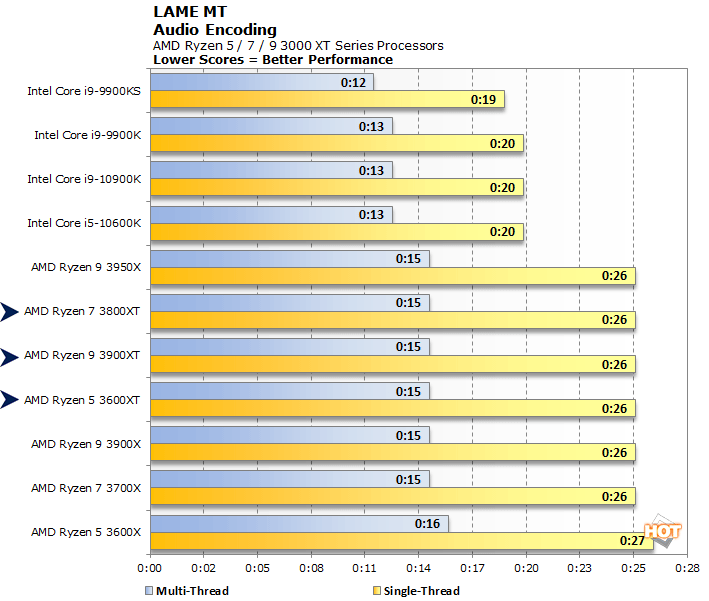 This test will only whack one or two threads at a time, and AMD's processors don't like to boost to their maximum frequencies with this particular workload, so we see virtually no performance differences between the majority of the Ryzen processors, and Intel's CPUs come away with a clear win. 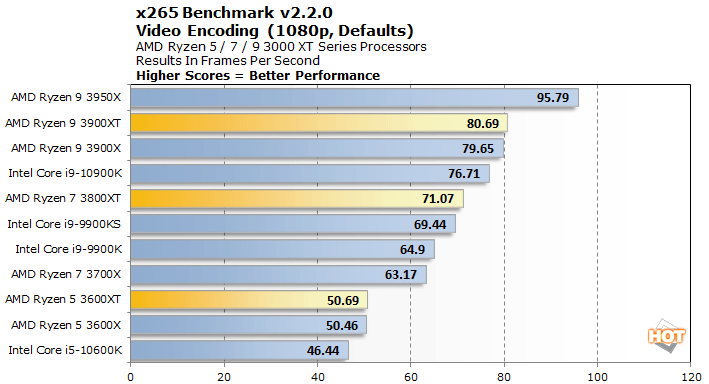 In the x265 video encoding test, the Ryzen 3000XT series processors offer slight performance improvements once again. The 3800XT finishes about 10% behind the Core i9-10900K, but the Ryzen 9 3900XT pulls ahead by about 4FPS. 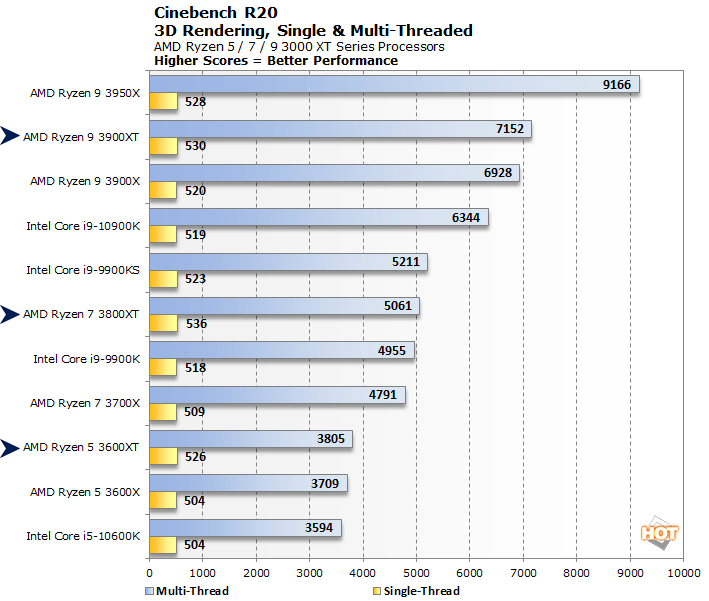 We saw more of the same with Cinebench R20. In this benchmark though, the new Ryzen 3000XT series processors offer the best single-threaded performance, which carries over to the multi-threaded test. The Ryzen 9 3900XT trails only the Ryzen 9 3950X and outpaces the more expensive Core i9-10900K by nearly 13%. 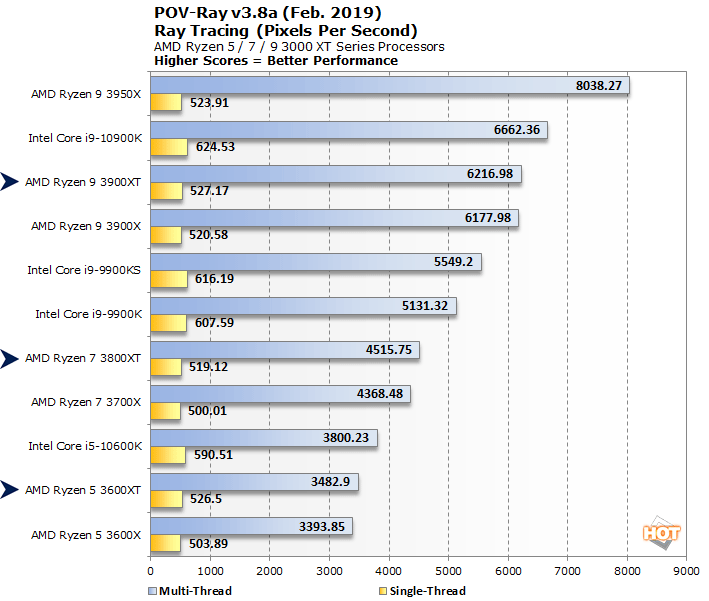 The tables turn somewhat in the POV-Ray benchmark. In this benchmark, the Core i9-10900K pulls ahead of the Ryzen 9 3900XT, in both the single and multi-threaded tests. 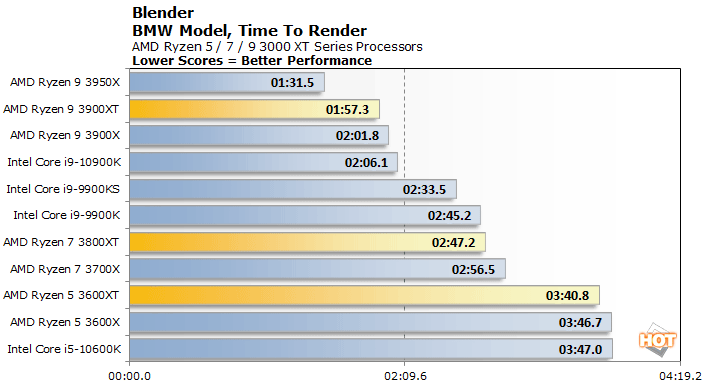