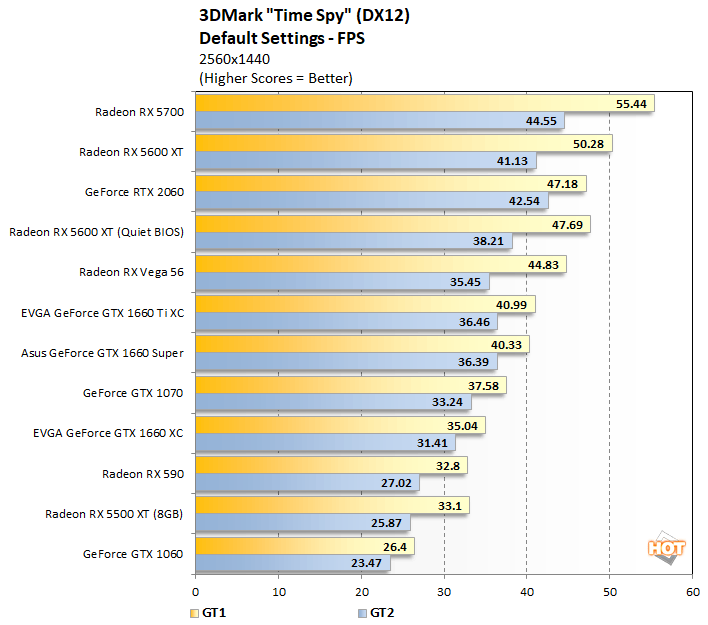 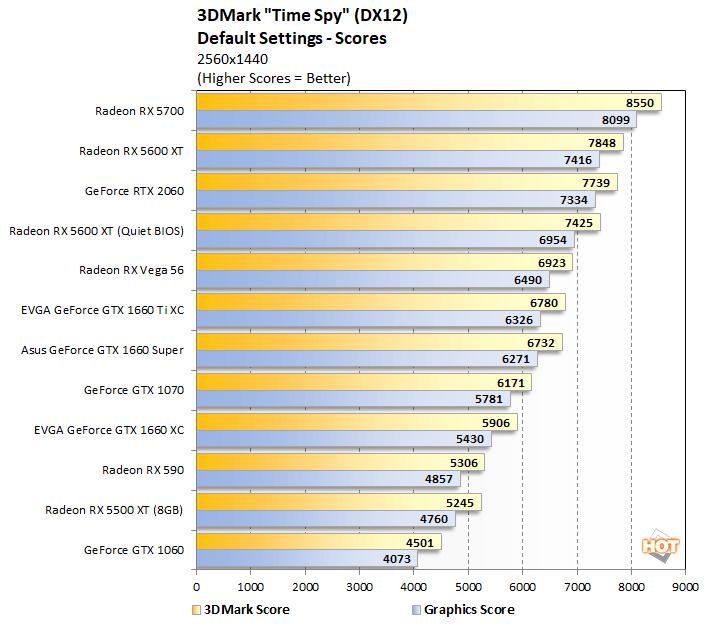 In the DX12-based 3DMark Tme Spy benchmark, the Sapphire Pulse Radeon RX 5600 XT outperforms the GeForce RTX 2060 when using the Performance mode BIOS, but the Silent mode BIOS ends up slotting in just behind the 2060. It isn't too far behind, though, and still manages to outrun Vega 56. 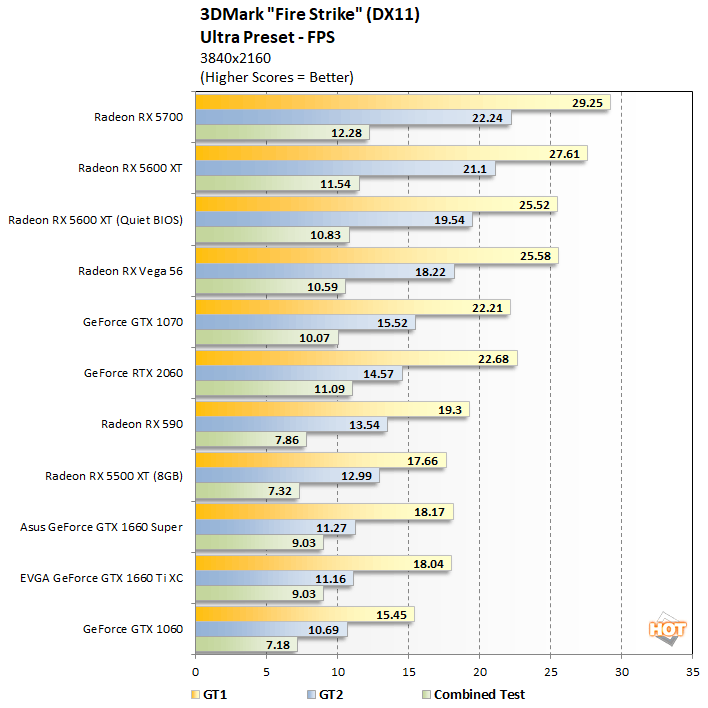 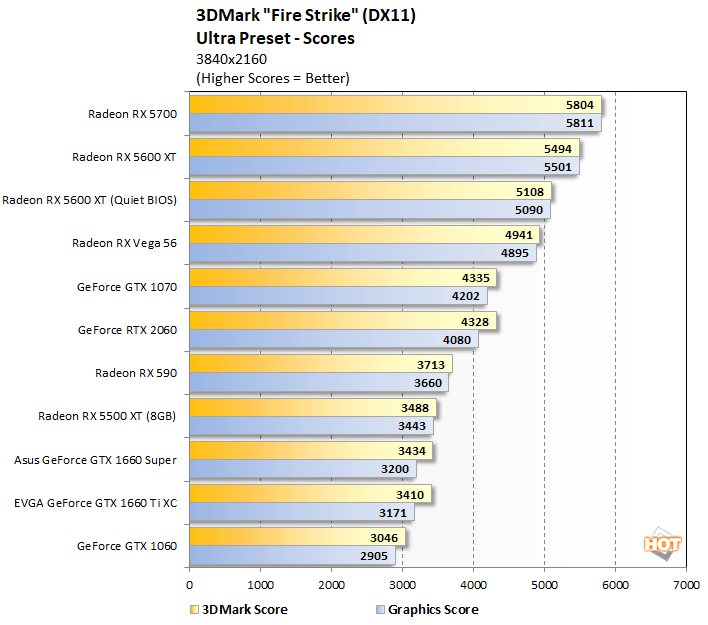