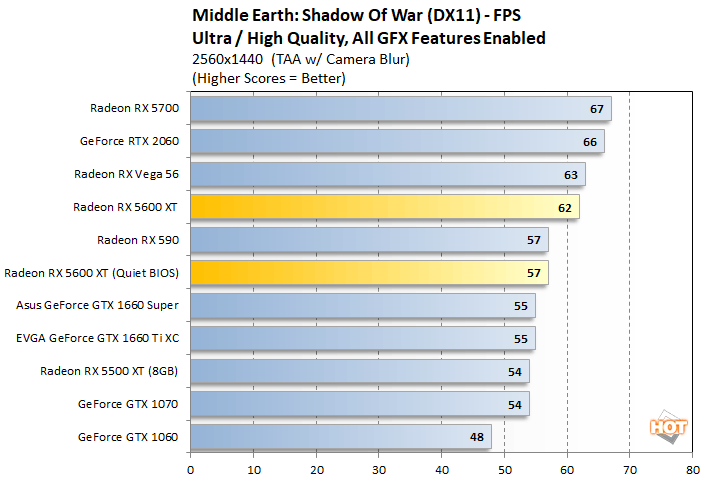 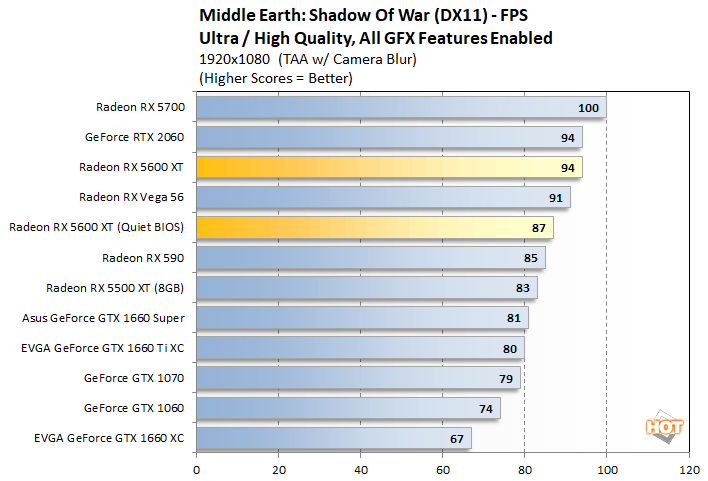 In the Middle Earth: Shadow Of War benchmark, we see the Sapphire Pulse Radeon RX 5600 XT trail the GeForce RTX 2060 at 1440P, but the two cards tie at 1080P -- when the performance mode BIOS is used at least. Quiet / Silent mode shaves a few percentage points off the Sapphire Pulse 5600 XT's performance and as such it drops down a rung in the pecking order. 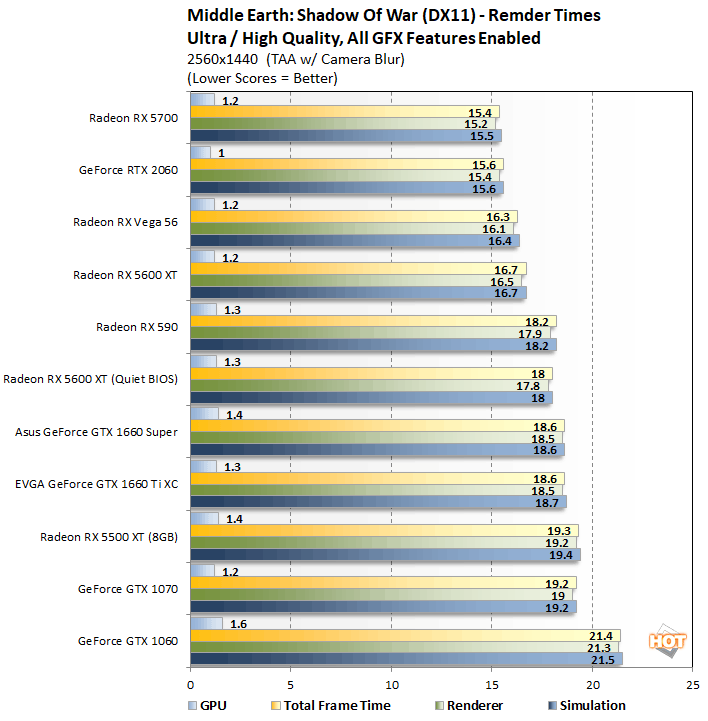 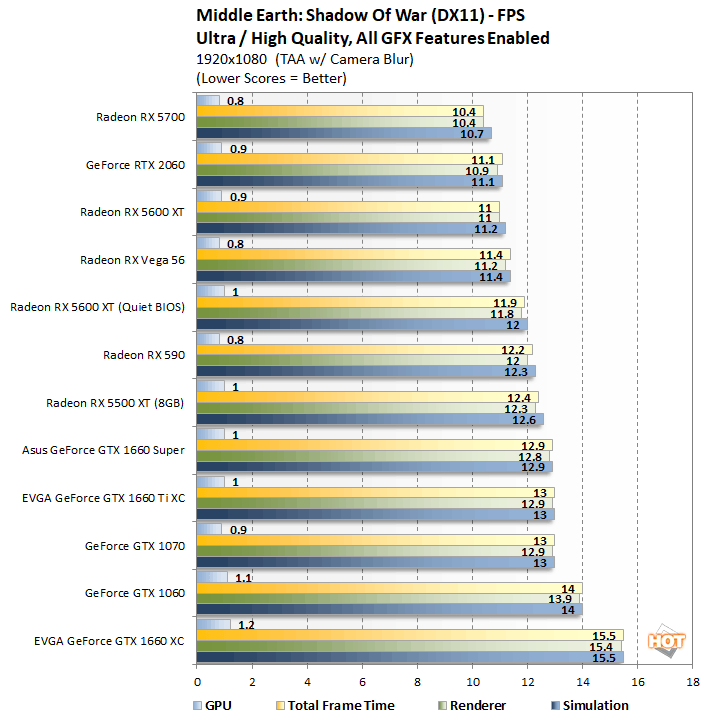 The frame and render time data in Shadow Of War show essentially the same thing as the framerate data, though the finer grained detail shows the GeForce RTX 2060 churning through the workload just a touch faster than the Sapphire Pulse Radeon RX 5600 XT overall. 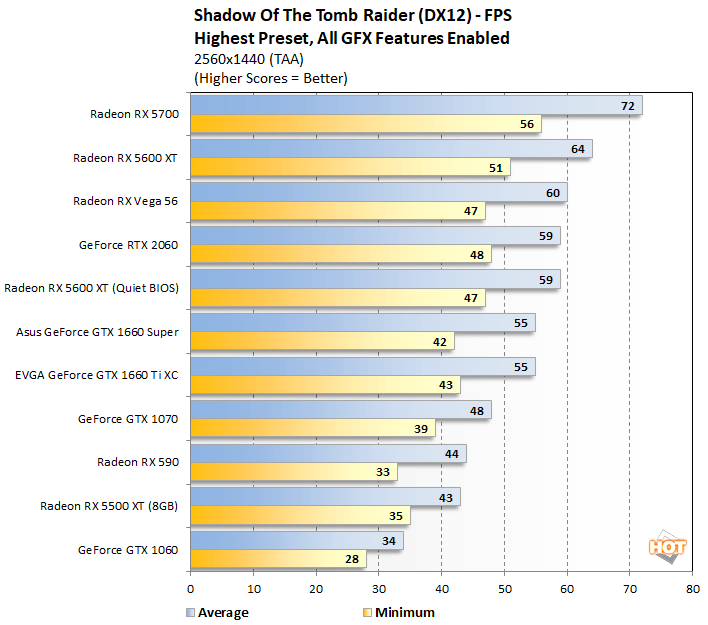 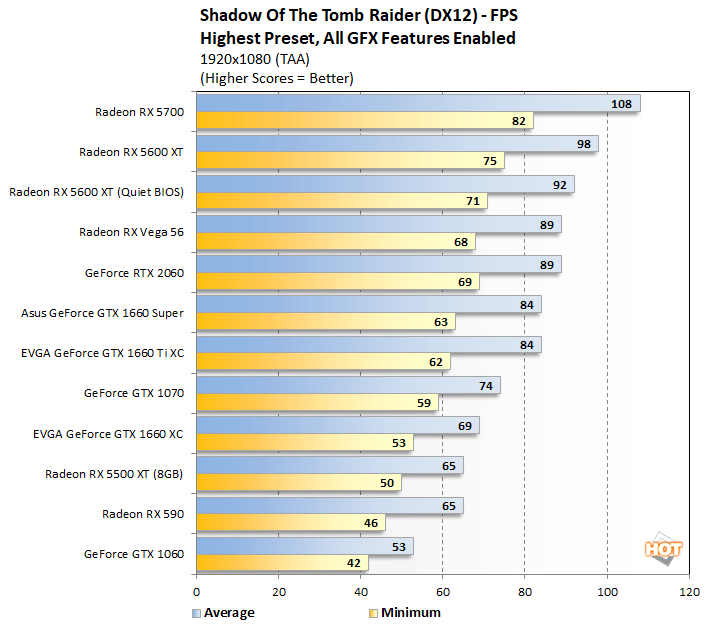 Shadow Of The Tomb Raider shows the Sapphire Pulse Radeon RX 5600 XT (with either BIOS) outrunning the GeForce RTX 2060 and Vega 56 at both resolutions, though the Radeon RX 5700's increased memory bandwidth and capacity gives it a marked advantage versus the 5600 XT here. 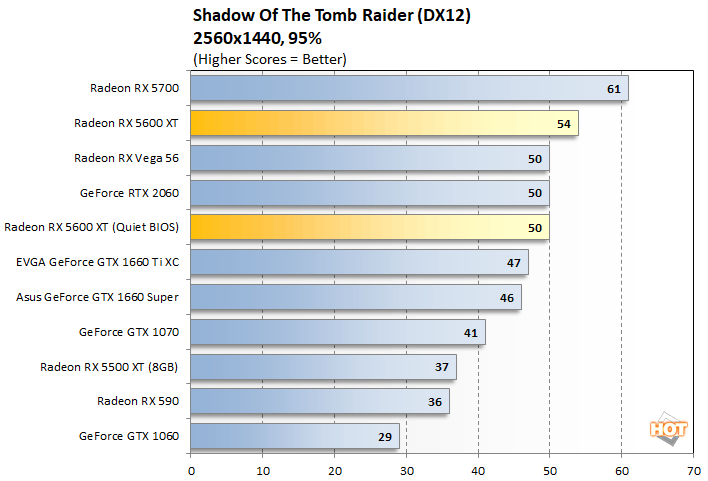 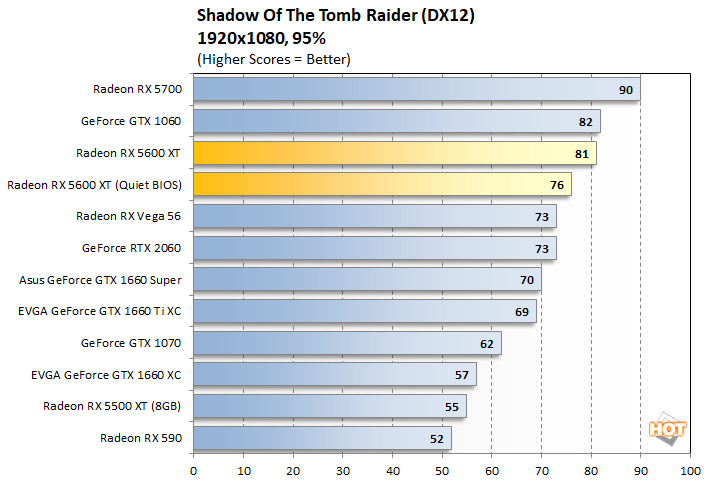 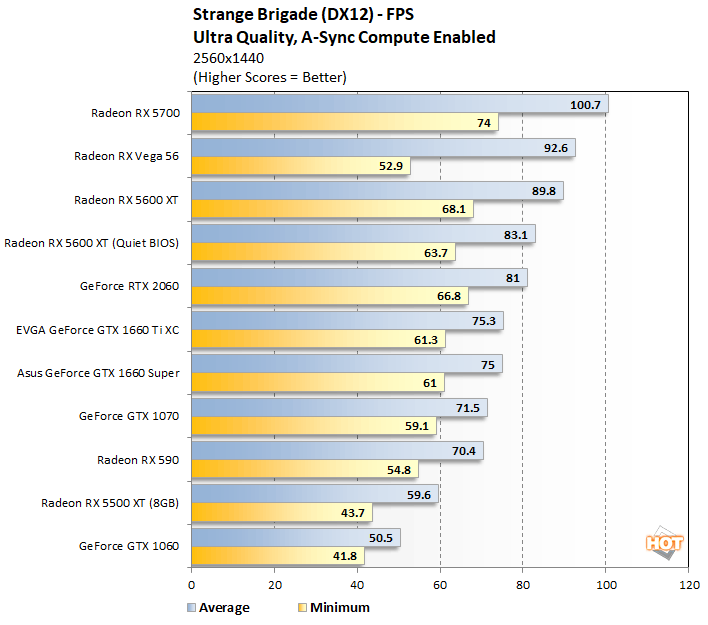 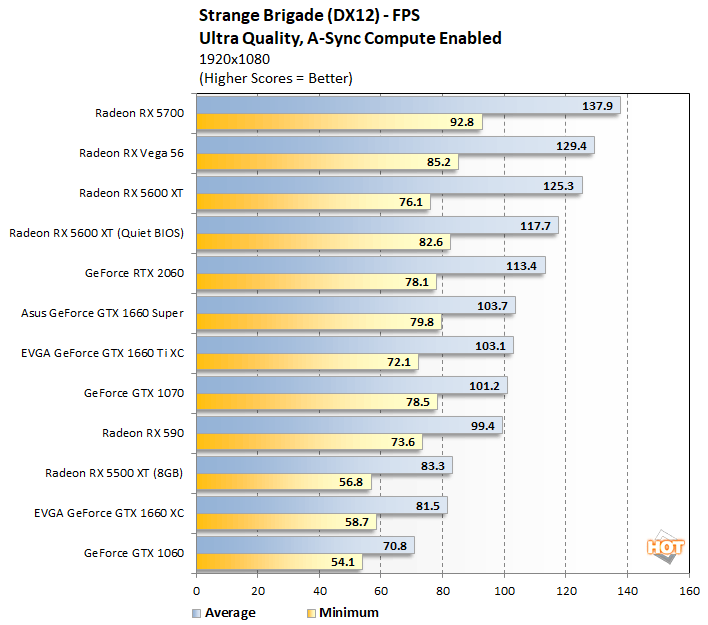 The new Sapphire Pulse Radeon RX 5600 XT put up good numbers in the Strange Brigade benchmark. Once again we see the card outpacing the GeForce RTX 2060 at both resolutions, regardless of which BIOS is used. 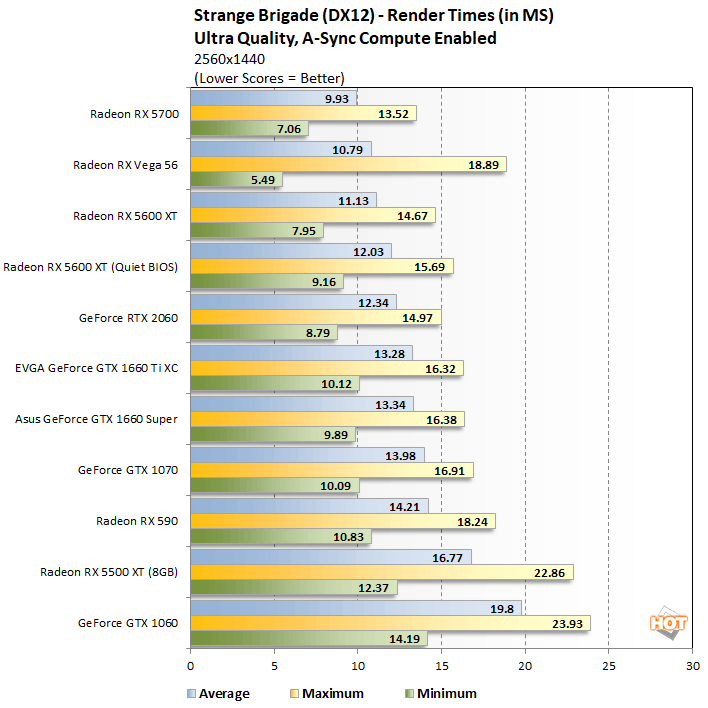 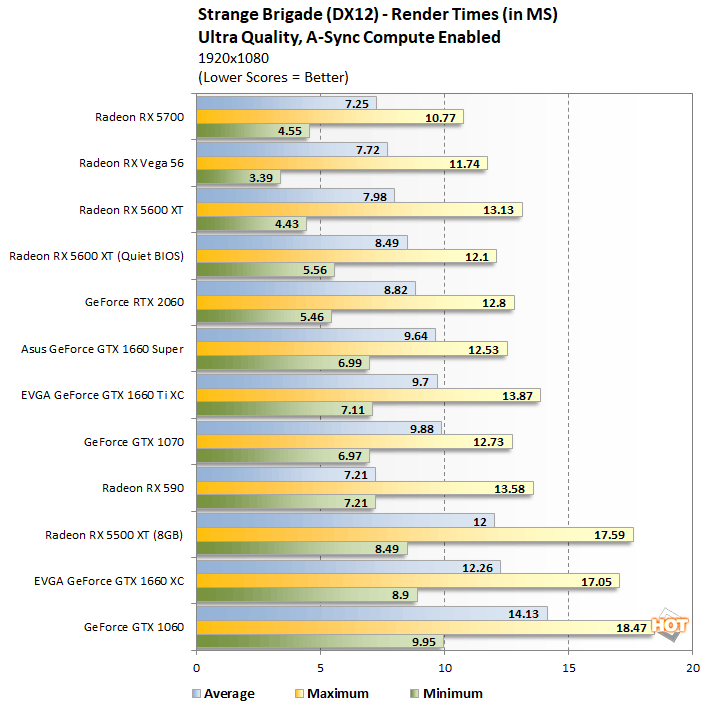 Render times in Strange Brigade show essentially the same performance trend, with the Sapphire Pulse Radeon RX 5600 XT rendering frames faster than the GeForce RTX 2060 on average, at both resolutions, with either BIOS.
PREV PAGE NEXT PAGE