We are no strangers to Alienware’s Aurora line of gaming PCs here at HotHardware. In fact, we have reviewed many Aurora systems over the years, and for good reason. Aurora desktops embody the essence of a powerful, mainstream prebuilt rig, with semi-custom, almost boutique styling, in a manner that makes them more attainable for the masses. Yet, every time we receive an Aurora in for review, it has something added we have not seen in the family before and this Aurora R10 Ryzen Edition is no exception. 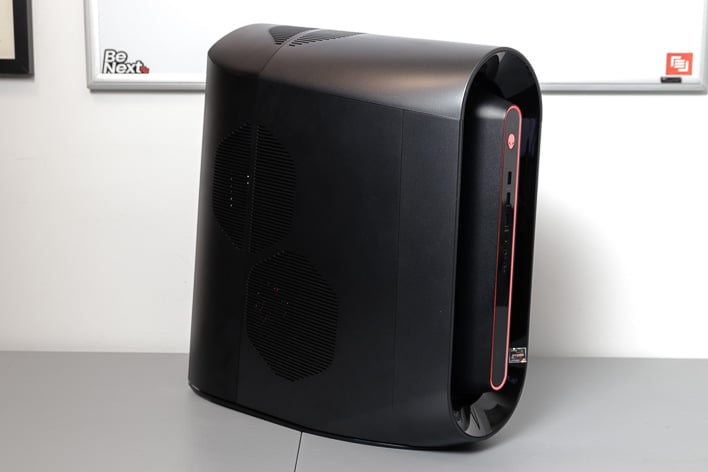 Strictly speaking, this is also not the first time we have had an Aurora R10 Ryzen Edition in our lab. Back in 2019, we tested Alienware’s first Ryzen-imbued iteration which housed a 16 core (32 thread) beast of a Ryzen 9 3950X. That was complimented with NVIDIA’s GeForce RTX 2080 Ti which brings us to today’s first. The Aurora R10 we have in today is decked out with not only a Ryzen 7 5800X CPU, but also features a Radeon RX 6800 XT GPU for Alienware’s first all-AMD affair in the Aurora lineup. 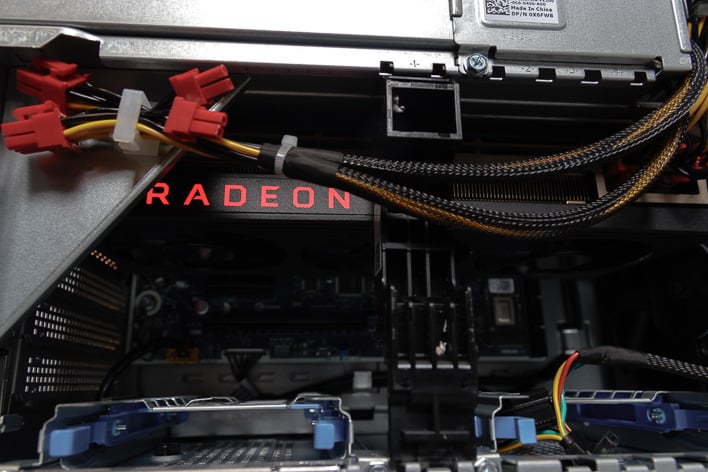 The 2021 revision of the Aurora R10 Ryzen Edition rounds out its specifications with 32GB of 3400MHz DDR4 memory, a 1TB Micron 2300 NVMe SSD, and a spacious 2TB Seagate HDD for bulk storage. It also employs a liquid cooling loop for the CPU while a 1000W power supply keeps the lights on. This is a very well balanced configuration with no obvious bottlenecks for most use cases. Current pricing lands the system just over $2,600. Though this is certainly a pricey system as configured, in the current context of component shortages and everything else, it feels downright reasonable.


Structurally speaking, this Alienware Aurora is no different from the 2019 model, or even the Aurora R11 we tested more recently. The only superficial differences are that the side Alienware text is not RGB lit and its paint job, which opts for the Dark side of the Moon finish instead of Lunar Light. This finish is not quite black, but rather a dark charcoal gray. It is also slightly two-tone with the front two-thirds of the chassis slightly lighter than the rear. If you want to read more of our thoughts on the Aurora’s jet-engine design and build quality, you can check out the Aurora R10 (2019) review here or the Aurora R11 review here.


So there's the setup. Now let's forge ahead with this all-AMD build and our performance assessments, starting with power, thermals, and acoustics.


To measure idle power consumption, we let the Alienware Aurora R10 boot to the Windows desktop and settle for a few minutes. Once the value on the Kill-A-Watt stabilized, we recorded that value as the idle consumption. The loaded figure represents perhaps a slightly unrealistic scenario in which the system is tasked with running both Prime95's Small FFT test and a 2560x1440 Furmark stress test simultaneously for at least 10 minutes. This desktop PC was plugged directly into our Kill-A-Watt meter for all measurements, so only its total system power draw is being measured here. 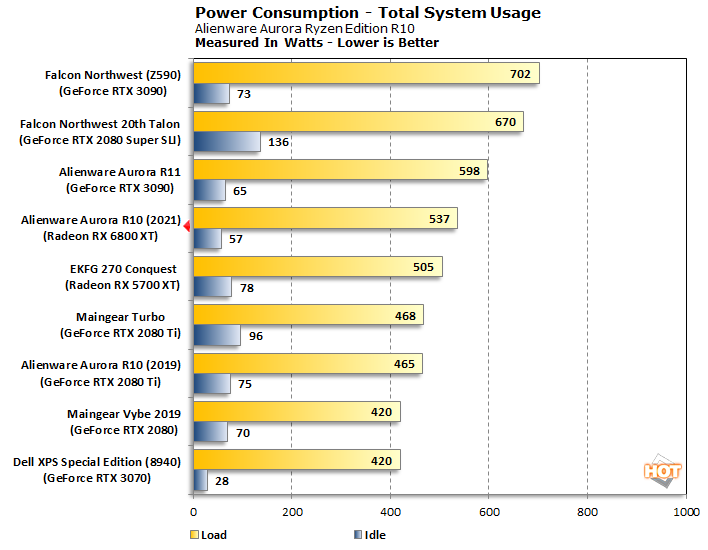 Beginning with idle, the Aurora R10 is the most efficient gaming desktop we have looked at lately, outside of the Dell XPS Special Edition. Looking across the board, these Aurora systems tend to have their idle power consumption well under control though some of this may be due to more austere RGB lighting schemes. 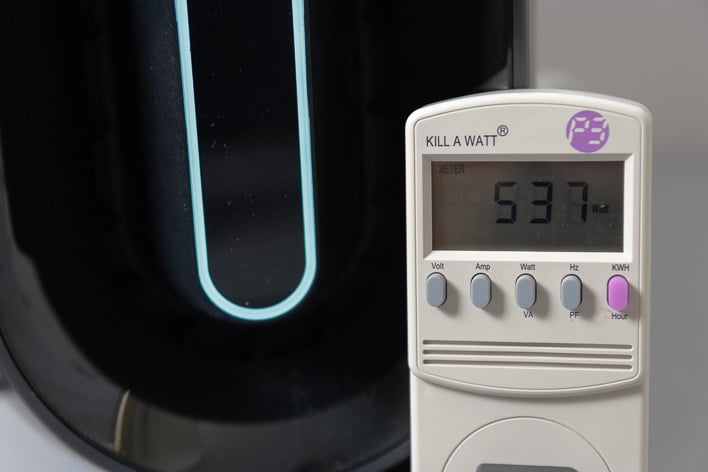 Under load, the system peaks at around 537 watts. This puts it within the 1000W PSU’s efficiency sweet spot. It also indicates there is plenty of headroom to spare if future component upgrades are in your future. This power draw is also in-line with performance expectations which we will get to shortly. Keep in mind this is a worst-case scenario and most workloads will likely not see the system drawing anywhere near these wattages.

While under load, we also tracked the system’s thermal and acoustic characteristics. See below for a screenshot of our load test after 10 minutes…

If we could harp on one aspect of the Aurora’s design, it is its thermal solution. While a 90-degree CPU does not concern us much with this kind of load, it does come at the expense of some throttling. The CPU scales back from 4.50GHz to just 4.05GHz across all cores during the 10 minute window. We think it's time for Dell engineers to find a way to equip the system with a double radiator or some other larger solution with a bit more thermal capacity. This is particularly concerning as the system can be configured with up to a Ryzen 9 5950X which will add additional thermal load when all CPU cores are utilized. 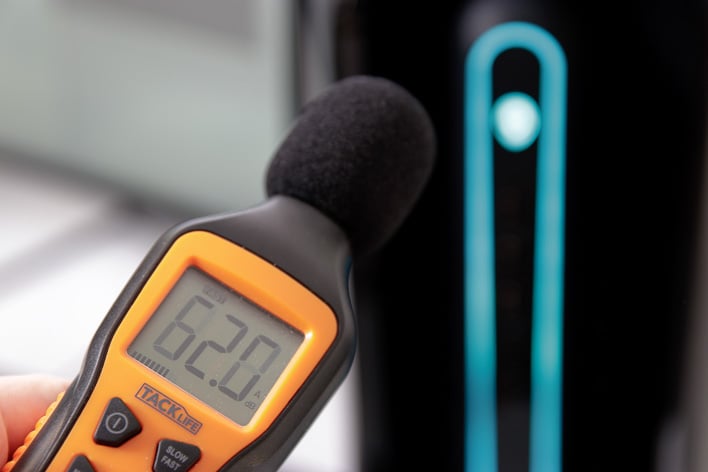 The Alienware Aurora R10's thermal design limitations are also expressed acoustically. The system is audible even while idling, but at 34db or so it's within reasonably tame limits. Under this extreme load, however, this desktop exceeds 60dB where most systems we test remain in the 50 - 55db range. Granted, in most game tests we measured the Aurora R10's fans hovering around a more reasonable 45dB, but under the heaviest of loads the Aurora's acoustics can still be distracting to the experience.

So, is this system's performance worth a bit of fan noise? Let’s find out...
NEXT PAGE