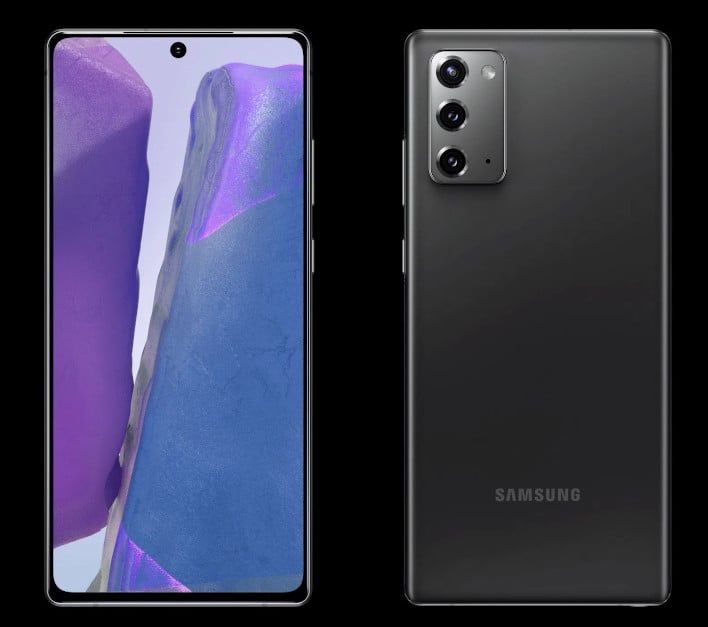 With Samsung’s Galaxy Unpacked event just a few weeks away, it should come as no surprise that the leaks are starting to ramp up. In today’s case, we’re getting a great look at the new Galaxy Note 20.

The Galaxy Note 20 is expected to be smaller than its Galaxy Note 20 Ultra sibling. And as we can see from the render, its display is completely flat (which is a break from what we typically have seen from the Note series in recent years) with small bezels all around. We can also clearly see a cutout for the selfie camera in the center-top of the display, along with a less elaborate camera array on the back.

The Galaxy Note 20 will be revealed at Samsung’s Galaxy Unpacked event on August 5th. It’s expected to be joined by the Galaxy Z Flip 5G and the Galaxy Watch 3. The Galaxy Z Fold 2 has reportedly been delayed and won’t debut during the livestream event.