Heads Up! Windows 11 Will Only Support Windows 10 Rollback For A Limited Time

Windows 11 is coming this holiday season, although upgrades from Windows 10 won't happen until much later. We're sure that users who are hungry to get their hands on Microsoft's latest OS will be able to do so fairly quickly, though. That's especially true considering Windows 10 Insider Previews have all but dried up, leaving nothing but Windows 11 for Microsoft's volunteer quality assurance testers. However, once users upgrade, there's an alarmingly short time to decide to roll back to Windows 10 without starting over entirely.

An FAQ has made its way to PC maker MSI's website that indicates Microsoft is trimming down the Windows 10 rollback window to just 10 days. The rollback functionality in Windows will take the archived Windows install folder (which is typically named Windows.old on the C: drive) and reinstate it as the PC's operating system without having to reinstall from scratch. When users upgraded from Windows 8.1 or earlier to Windows 10, they had a whole month to decide of the last newer version of Windows was good for them. In practice, though, this shorter time will probably not lock out users who decide they don't want Redmond's latest and greatest.

Formatting a PC's primary storage and reinstalling Windows from a USB stick or DVD will likely still be an option once that 10 day window closes. Microsoft has committed to support Windows 10 through October of 2025, so users have three years from now to decide if they're ready to take the plunge into the Spinal Tap edition. The only potential issue is if Microsoft gets aggressive with its upgrades, like it famously did when the company's upgrade reminders drove Windows 7 users batty. 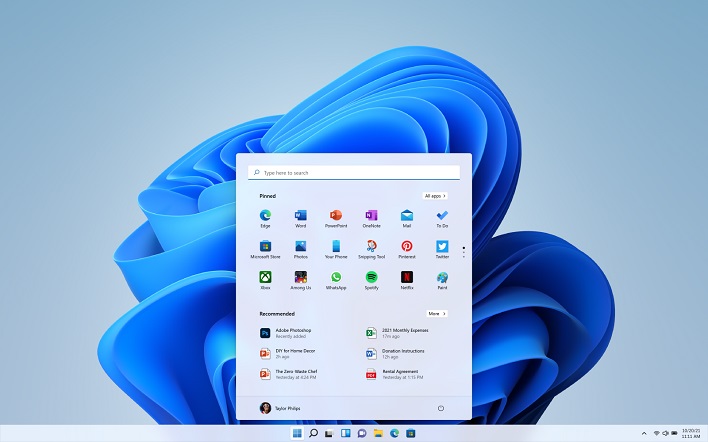 The FAQ is still live on MSI's site, and covers a range of topics from when Windows 11 PCs will be available to which MSI PCs will support Windows 11. The company encourages users to download Microsoft's PC Health Check application, which displays a PC's ability to upgrade to Windows 11. One other interesting change covered in the FAQ is that S Mode, the lower-permissions option that locks users into the Microsoft Store, will continue to exist in Windows 11 Home, but apparently will be removed from Windows 11 Pro.

For those who are interested to get a head start, Windows 11 Insider Preview builds are available to install, and the process is pretty simple. We wouldn't recommend installing a preview operating system on a PC that's used for business purposes, or for the faint of heart who recoil at the idea of possibly reinstalling Windows 10 from scratch if a deal-breaking bug crops up. On the other hand, Microsoft's Bug Bash is currently ongoing, and adventurous enthusiasts with a knack for finding unexpected behaviors could possibly make some bank.

Not all PCs will be able to upgrade to Windows 11 when it releases in the not-too-distant future. Initially, Microsoft announced some pretty intense system requirements that left CPUs from 2017, which were still top-of-the-line in early 2018, out to dry. Fortunately, Microsoft appears to have heard the cries of its customers and is reconsidering Windows 11's requirements to stretch back a bit farther. Scalpers have been making a bit of bank on hardware Trusted Platform Modules, now that TPM is a requirement for the new OS, too. Windows 11 will release this holiday season, and will be a free upgrade from Windows 10 on PCs that can support its hardware requirements.