Windows 11 is shaping up to be a nice upgrade for users of the existing Windows 10 operating system. However, Microsoft has some rather strict hardware requirements for Windows 11 that will make it more difficult for customers to upgrade.

As we mentioned in previous articles, Windows 11 requires the use of AMD Ryzen 2000/Intel 8th generation Core (and newer processors) and a TPM 2.0 module before it will even install. There are also some other requirements in place that shouldn't be too much of a burden, like a minimum of 4GB of system RAM and 64GB of free storage space. 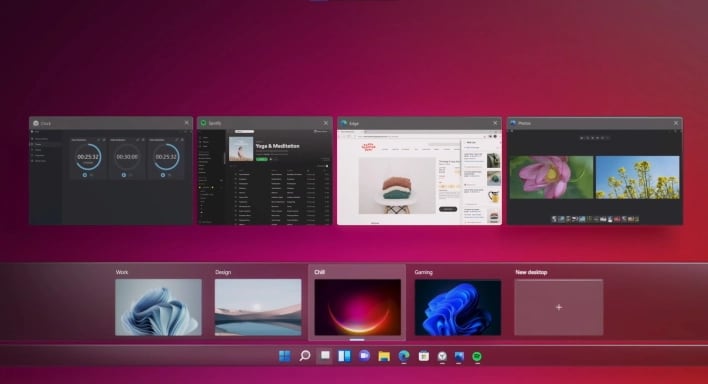 However, even if your PC meets all minimum system requirements, it looks as though you won't be able to upgrade your current Windows 10 system to Windows 11 this year. According to a tweet late last week from the official Windows Twitter account, Microsoft is focusing first on getting new PCs out the door in late 2021 with Windows 11 preinstalled.

By focusing on new PCs, there will be no question of compatibility, as OEMs know precisely what hardware is supported and what features need to be in place to provide the best Windows 11 experience. However, for current Windows 10 users, Microsoft says that upgrades to Windows 11 will kickoff during the first half of 2022. Unfortunately, that is about as specific as Microsoft is willing to get at this point.

Windows 11 is due out later in 2021 and will be delivered over several months. The rollout of the upgrade to Windows 10 devices already in use today will begin in 2022 through the first half of that year.

So, while the Windows 10 to Windows 11 upgrade will be free, you'll have to wait patiently for a chance to try out the new operating system through official channels.

There will likely be a workaround for this Windows 11 upgrade delay if you join the Windows Insider program. While early Windows 11 builds are not yet available to Windows Insiders, we'd imagine they will be pushed out over the next few months. That should give existing Windows 10 users the ability to upgrade to Windows 11 sooner, albeit in pre-release form.

However, there is always a bit of "pain" associated with upgrading to a next-generation Windows operating system concerning hardware and software compatibility. Throw in the new wrinkles this year with the increased hardware and TPM 2.0 requirements, and there's sure to be a lot of confusion thrown into the mix. So perhaps waiting a few months for the dust to clear after the initial release of Windows 11 isn't such a bad thing after all.