Windows 11 upgrades may be free, but the hardware is certainly going to cost you. That's the message sent by Microsoft yesterday as the company published system requirements for the upcoming operating system, due during the Holiday season later this year. At first blush, the Windows 11 system requirements calling for a dual-core CPU and 4 GB of system memory doesn't sound like a lot, but once we dug into the nitty-gritty details, it became obvious that Microsoft is cutting ties with some pretty recent hardware.

The most restrictive requirement appears to be a mandatory Trusted Platform Module (TPM). This technology has been with us for more than 15 years, but more specifically, Windows 11 will require version 2.0 of the TPM spec. Microsoft only published its vision for TPM 2.0 in October of 2016, far too late to make it into Intel's 7th generation Kaby Lake Core processors and AMD's first Zen CPUs that launched in early 2017. Since those processors don't support TPM 2.0, some pretty recent CPUs have been cut from Microsoft's official supported list.


Windows 11 will refuse to boot on systems without a TPM, which includes firmware TPMs built into recent processors. However, we can confirm that if a PC does not have the fTPM enabled, the PC Health Check software will tell you that Windows 11 is not compatible. More importantly, the installer from the leaked Windows 11 build will refuse to install. I went through this experience last night, documenting the fTPM portion for at least some ASUS AMD motherboards.

That's right, Microsoft has cut off support for processors greater than four years old. The actual published list of supported CPUs starts with 2018's Ryzen 2000 series based on the Zen+ architecture and Intel's 8th-gen Coffee Lake Core CPUs. Atom processors based on Gemini Lake are the oldest low-power processors supported, including the Celeron J4005 from late 2017. That feels needlessly restrictive, but Microsoft justifies the limitation as a security precaution, because any system with firmware TPM must implement the 2.0 spec. 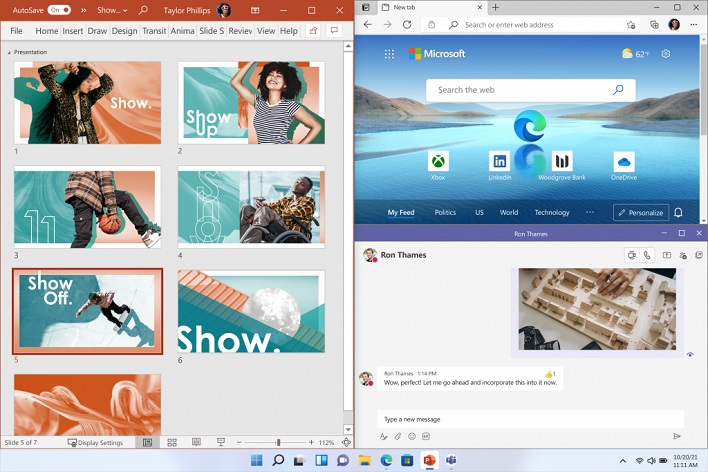 The hardware requirements get weirder from there. Some highlights include requiring a network connection, and Bluetooth is optional for desktops and all-in-one PCs but mandatory on laptops. The network connection doesn't have to be active, though, as we confirmed this week. Any device with a touchpad has to support the Precision Touch Pad specification, which includes gestures and multi-touch options. However, if a trackpad presents itself to Windows as a mouse, we're not sure how Microsoft could enforce that requirement without building a hardware blacklist to keep out specific models.

It's hard to say which of these requirements will be enforced while installing the OS and which ones won't be mandatory. Will the Windows 11 installer really look for Bluetooth or a networking adapter? Maybe not. But it will definitely check the TPM state, as we've confirmed for ourselves. Also, you don't really have to take our word for it. Microsoft has updated its System Requirements page with a direct PDF download outlining everything needed to run Windows 11.