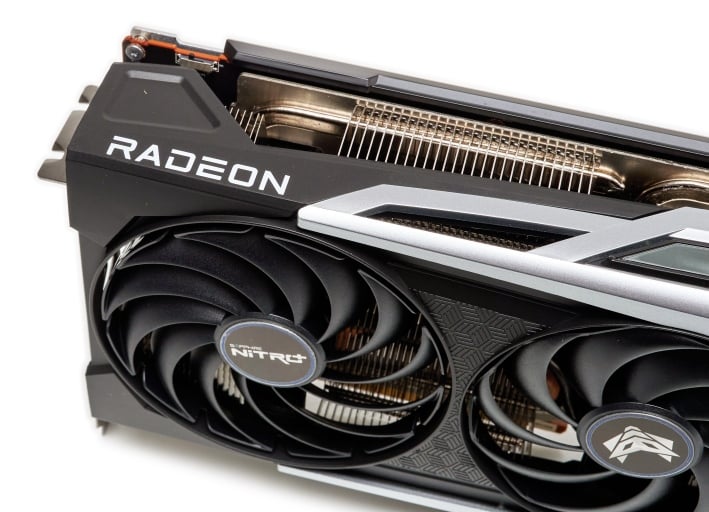 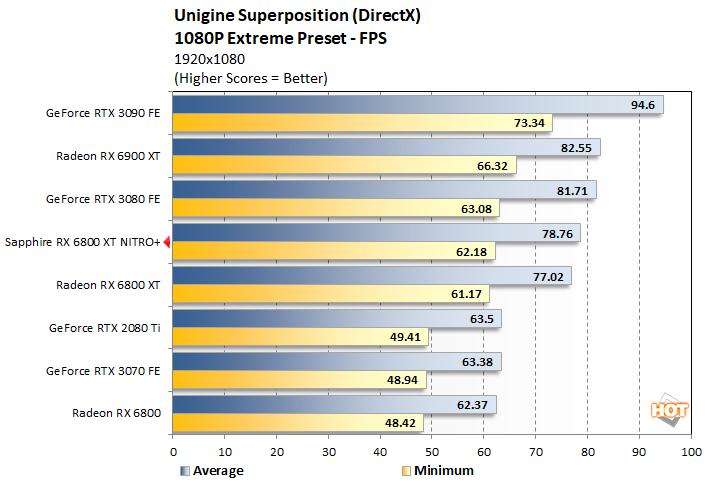 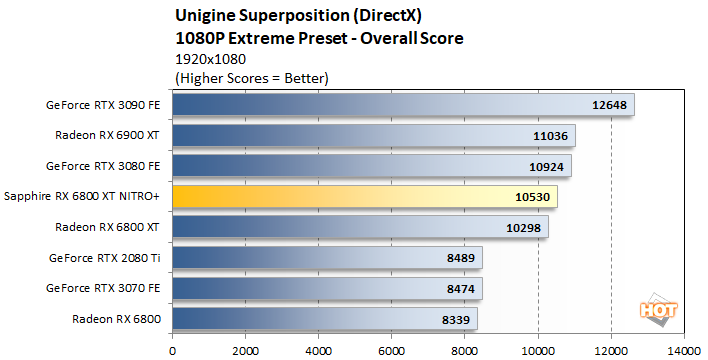 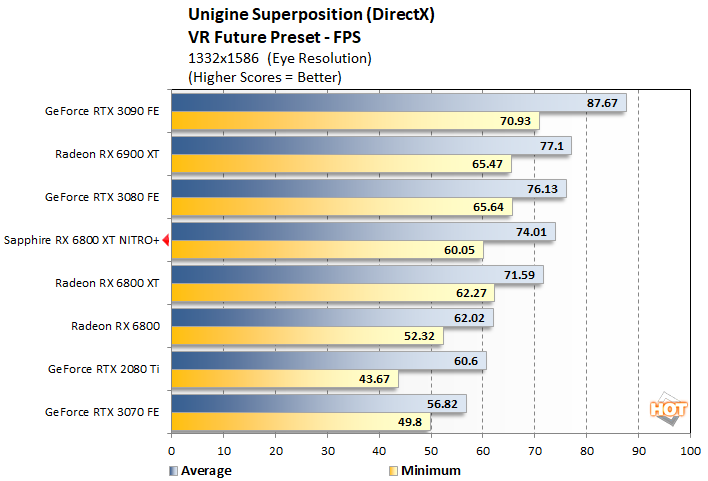 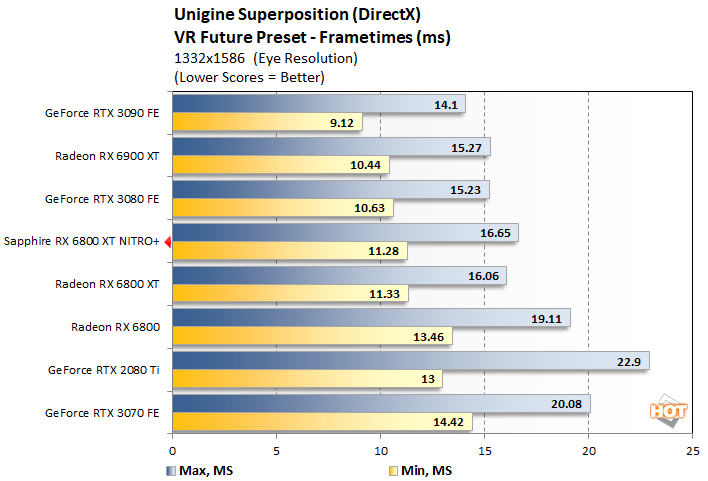 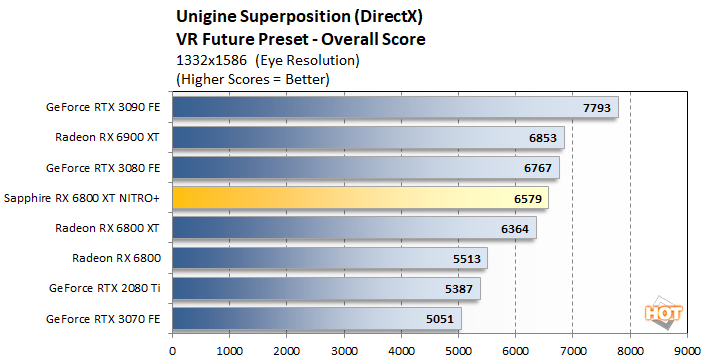 Superposition's VR Future benchmark tells essentially the same story. The Sapphire Nitro+ Radeon RX 6800 XT is a couple of percentage points faster than AMD's card, but the additional performance boost offered by the Sapphire card isn't quite enough to catch the GeForce RTX 3080. 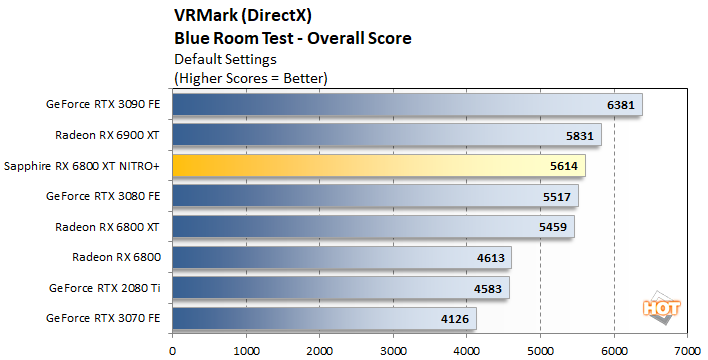 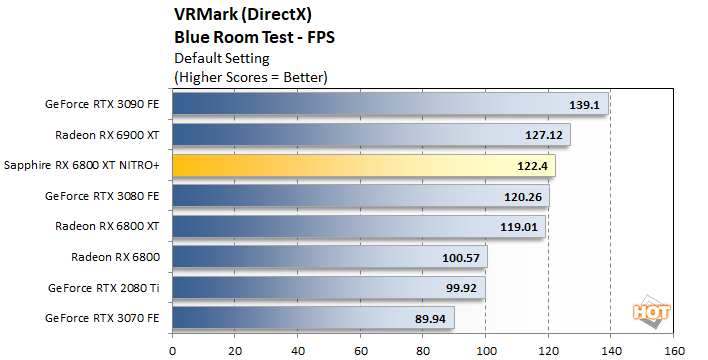 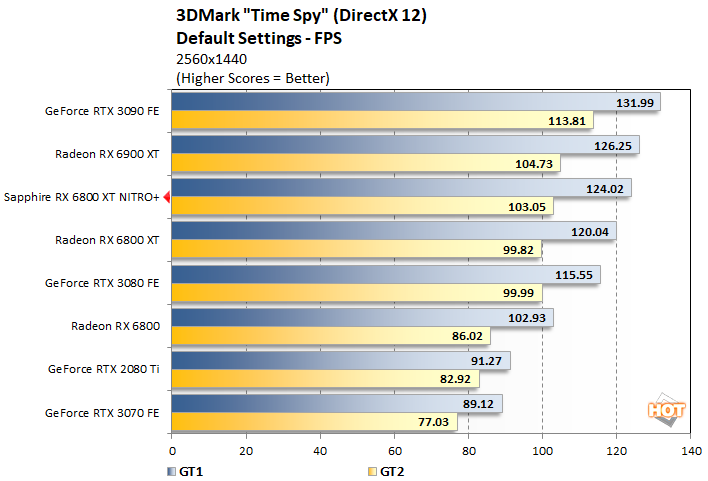 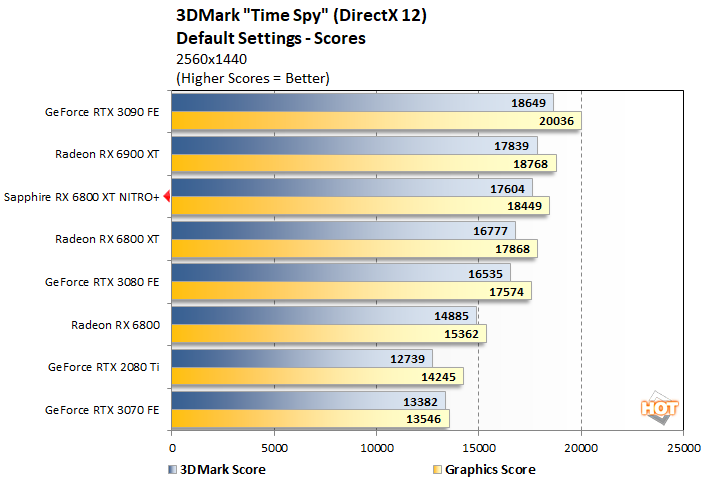 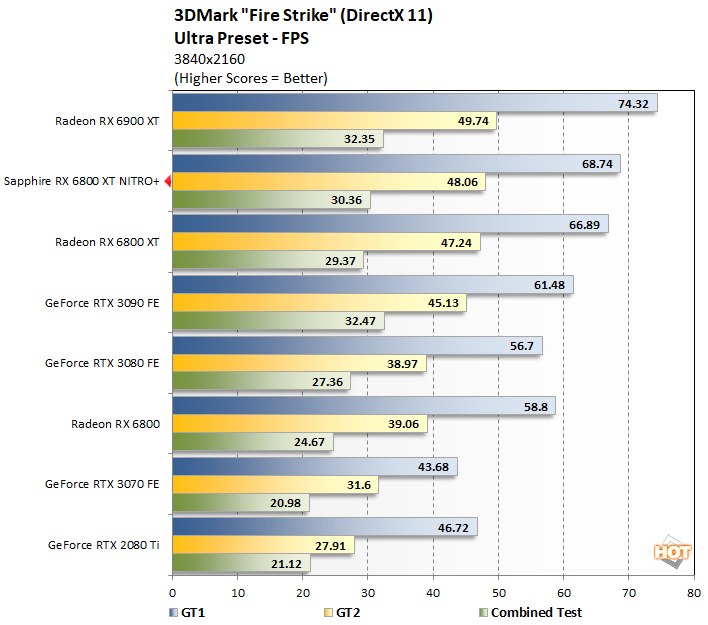 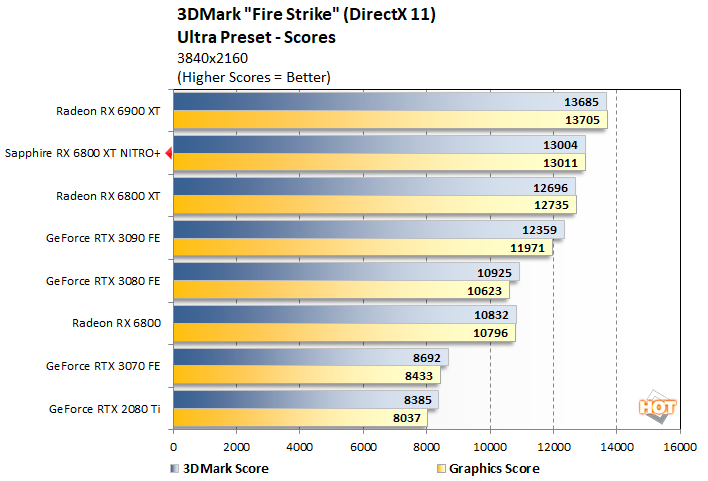 We're sure you're starting to see a pattern emerging at this point. Once again, we see the Sapphire Nitro+ Radeon RX 6800 XT outpacing AMD's reference design and the card finishing just a hair behind the bid-daddy 6900 XT. 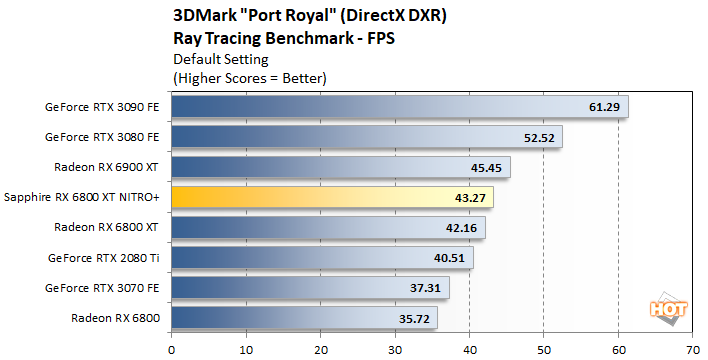 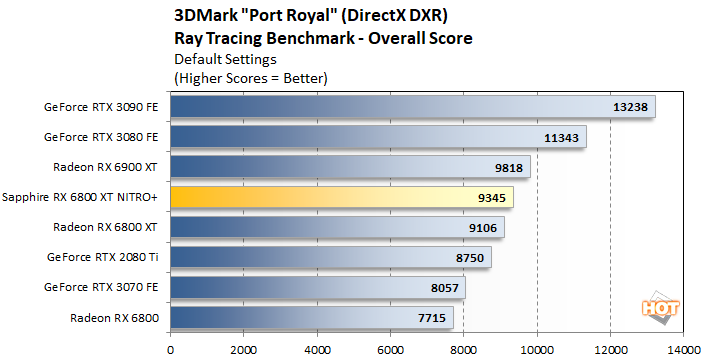 3DMark's Port Royal benchmark does two things -- it's helps point out the small, but measurable performance gains offered by the hot-clocked Sapphire Nitro+ Radeon RX 6800 XT and it illustrates NVIDIA's clear advantage with DXR ray tracing. As we've seen in every test to this point, the Sapphire Nitro+ Radeon RX 6800 XT is a not ahead of AMD's card, but NVIDIA's high-end GPUs take the lead in this test. 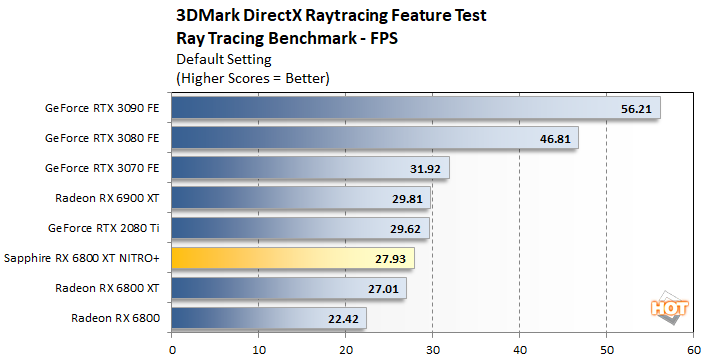 The Sapphire Nitro+ Radeon RX 6800 XT settles into is familiar position, just ahead of the AMD's own Radeon RX 6800 XT and behind the Radeon RX 6900 XT. But again, we see the NVIDIA-built GPUs offering a distinct performance advantage with ray tracing-enabled content.
PREV PAGE NEXT PAGE