How We Configured Our Test Systems: We tested the graphics cards represented in this article on a MSI X570 Godlike motherboard, equipped with a Ryzen 9 5950X and 16GB of G.SKILL DDR4 RAM clocked at 3,200MHz. The first thing we did when configuring the test system was enter the UEFI and set all values to their "high performance" defaults, then we disabled any integrated peripherals that wouldn't be put to use. The memory's clock was dialed in to its optimal performance settings using its XMP profile and the solid state drive was then formatted and Windows 10 Professional x64 was installed and fully updated. When the Windows installation was complete, we installed all of the drivers, games, applications and benchmark tools necessary to complete our tests. For all of the standard tests, the Radeon RX 6000 series cards were tested using their "Balanced" performance profile enabled in the driver and Resizable BAR / Smart Access Memory was enabled throughout. 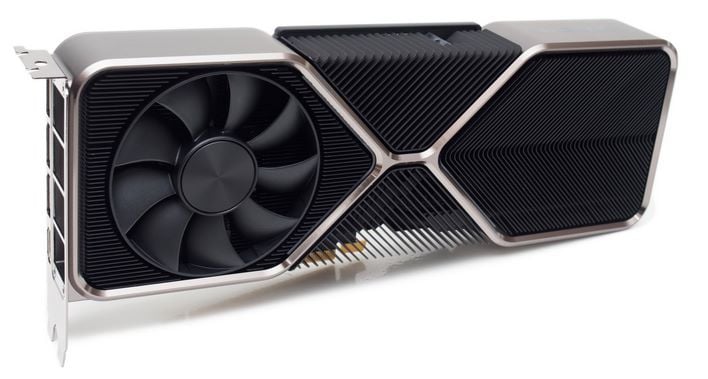 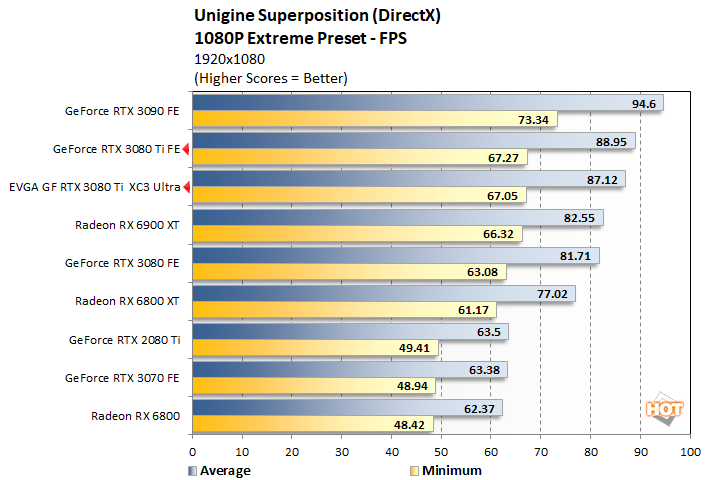 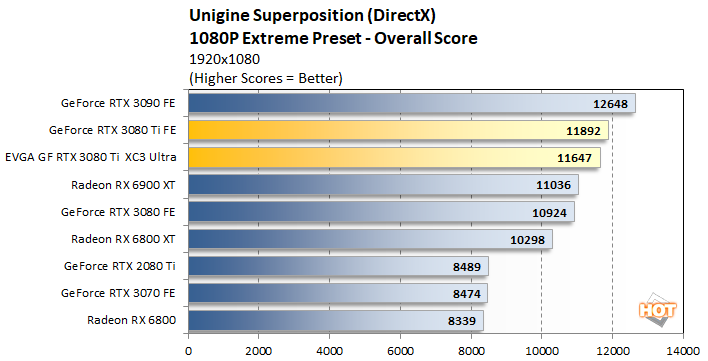 As their branding suggests, the new GeForce RTX 3080 Ti Founders Edition and EVGA XC3 Ultra slotted in right behind the GeForce RTX 3090, but ahead of the original RTX 3080 in Unigine Superposition's 1080P Extreme test. NVIDIA's newest flagship was also able to overtake the Radeon RX 6900 XT here. 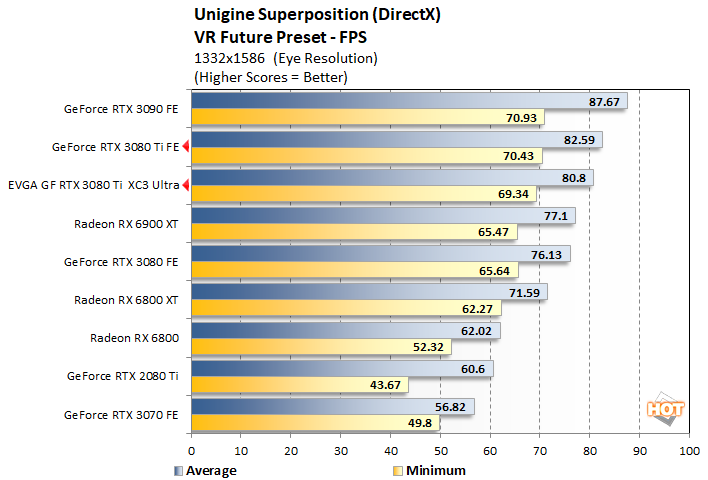 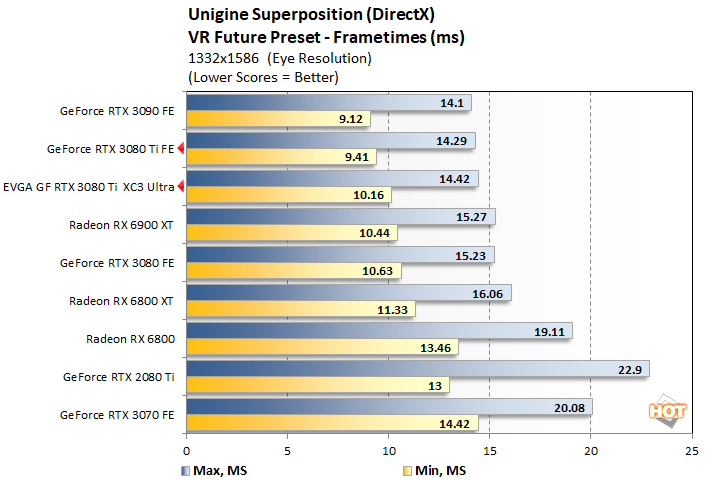 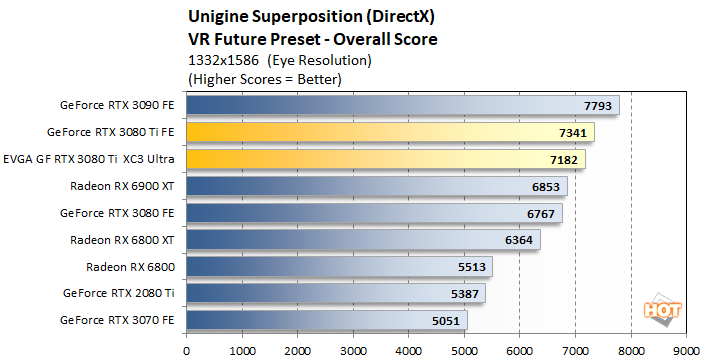 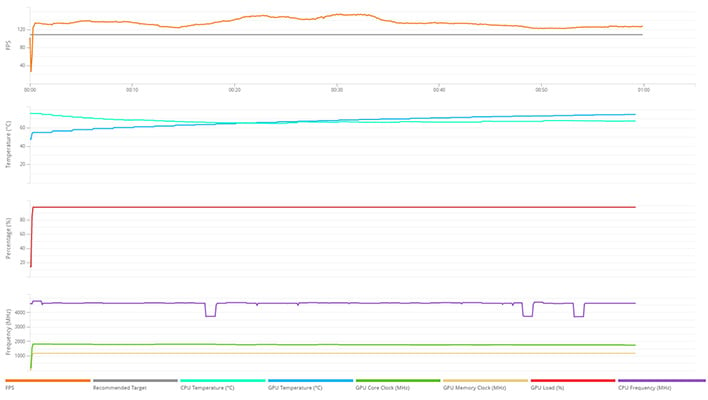 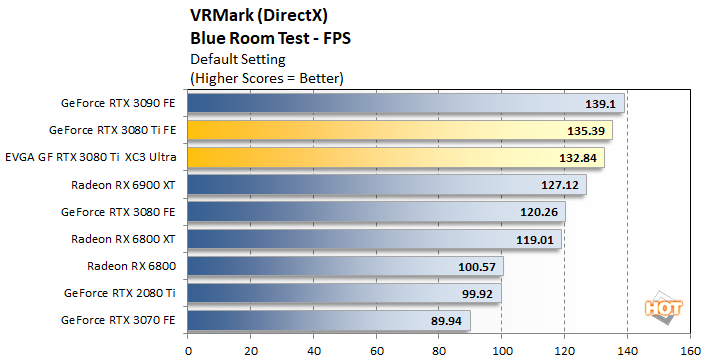 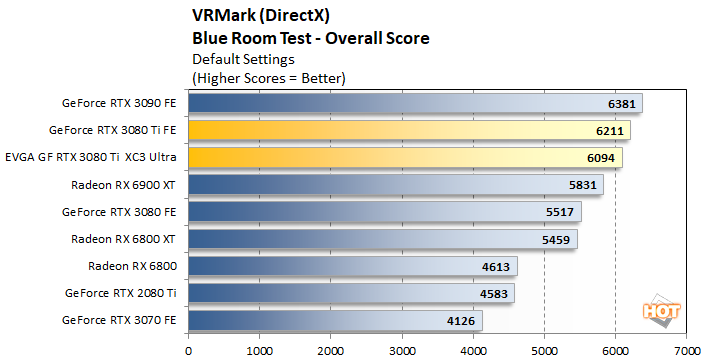 We're only a couple of benchmarks in and are already seeing a pattern. The new GeForce RTX 3080 Ti cards couldn't quite catch the GeForce RTX 3090, but again they were able to slot in ahead of AMD's flagship Radeon. 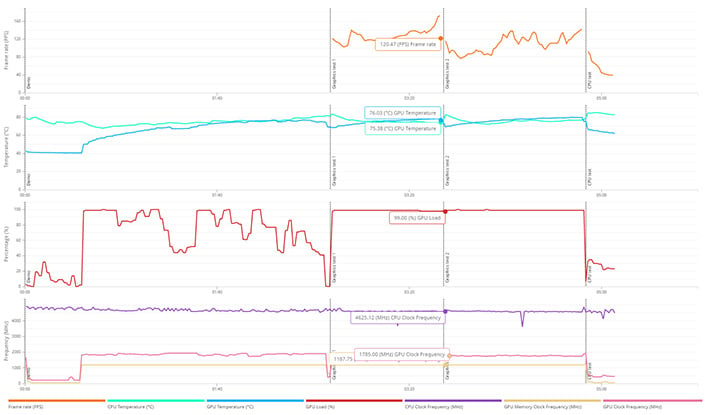 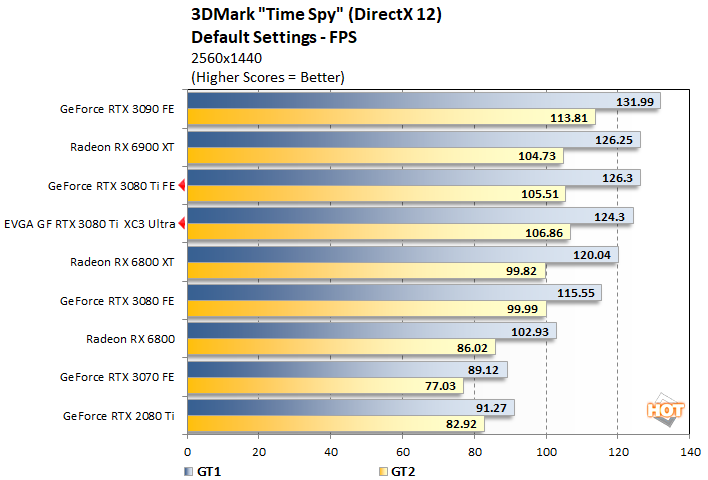 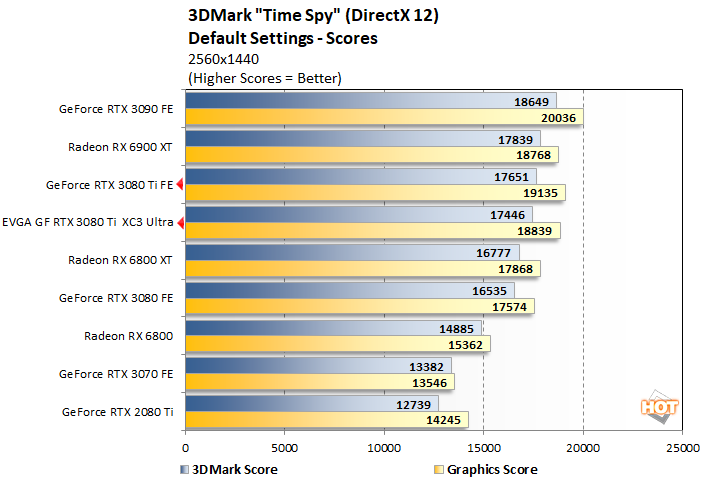 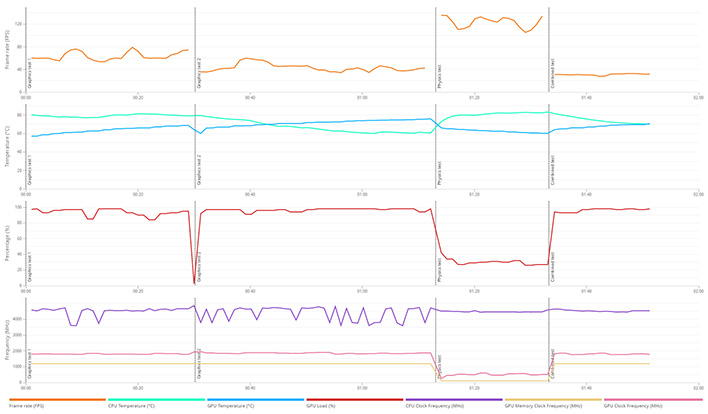 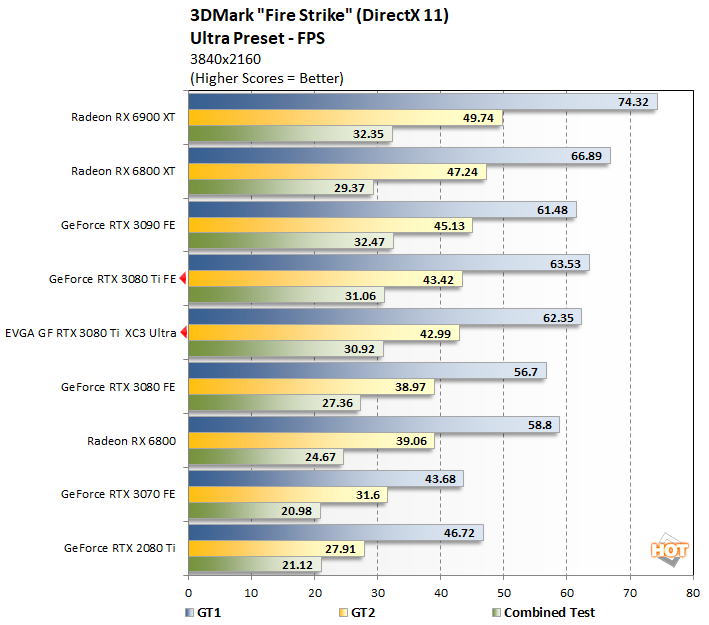 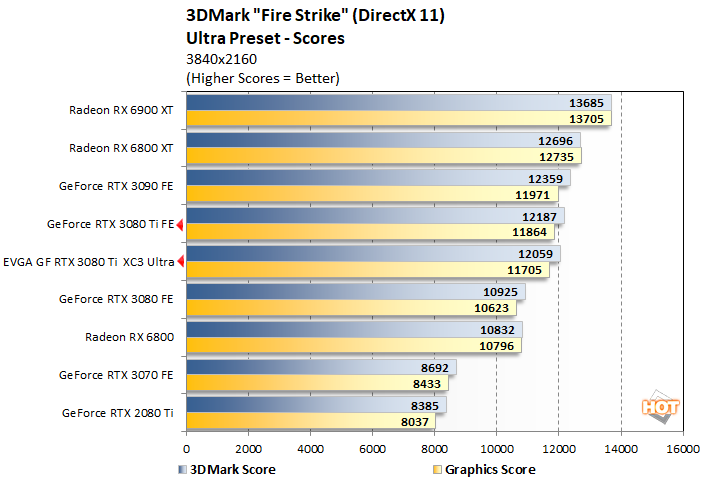 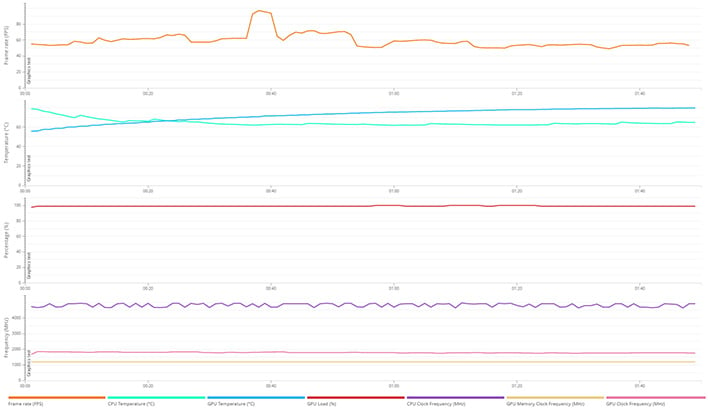 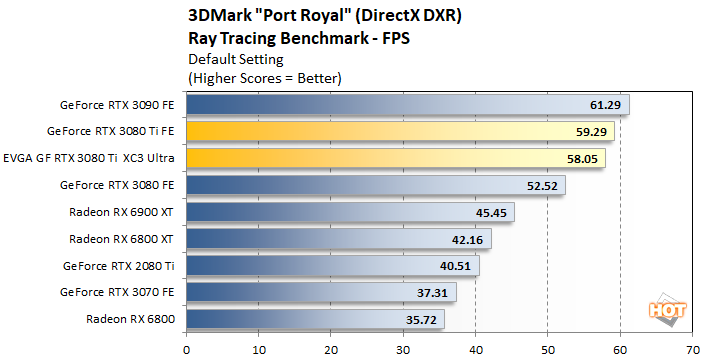 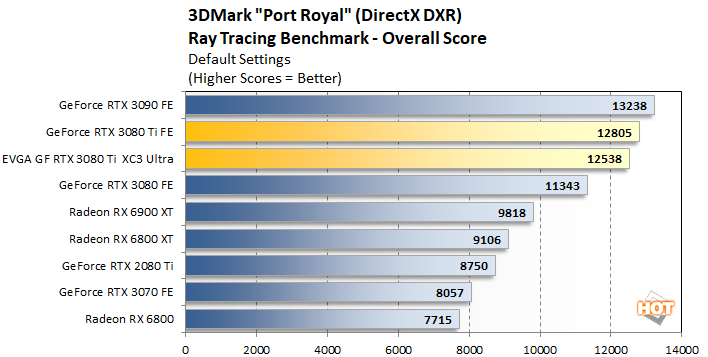 We also did some testing with the more focused and demanding DirectX Ray Tracing Feature test, which was recently released as an update to 3DMark... 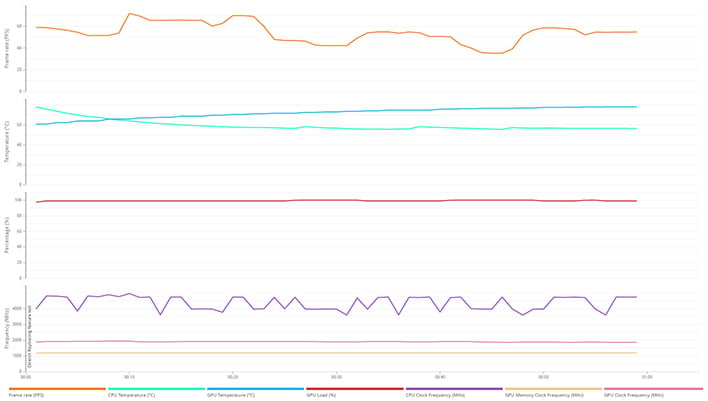 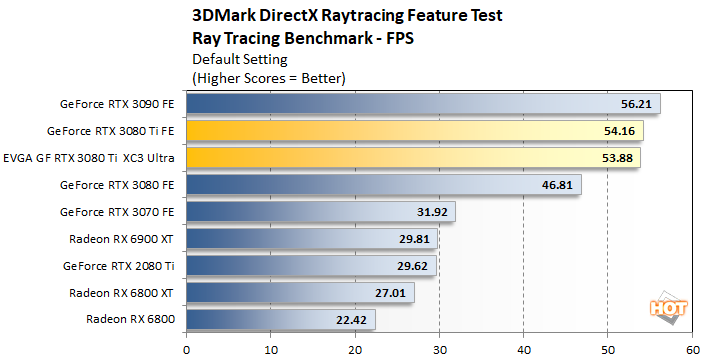