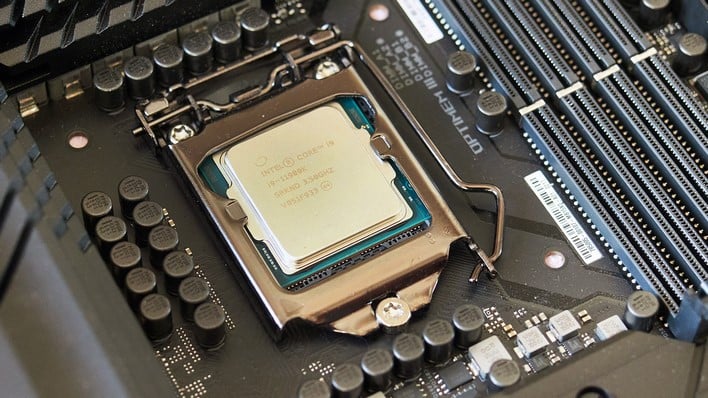 When the Windows installation was complete, we installed all of the drivers necessary for our components, disabled Auto-Updating and Windows Defender, and installed all of our benchmarking software. When that process was done, we performed a disk clean-up, cleared any temp and prefetch data, and optimized all of the SSDs using Windows' built-in utility. Finally, we enabled Windows Focus Assist to minimize any potential interruptions and let the systems reach an idle state before invoking a test. Please note, that the Intel 11th Gen processors were tested with Adaptive Boost enabled for all of the standard tests, but we also have a section broken-out later in this review showing performance with Adaptive Boost disabled to clearly illustrate how it impacts performance.

We began our testing with the latest version of SiSoftware's SANDRA 2020, the System ANalyzer, Diagnostic and Reporting Assistant. We ran four of the built-in sub-system tests that partially comprise the suite with the Core i9-11900K and Core i5-11600K (CPU Arithmetic, Multimedia, Cache and Memory, and Memory Bandwidth). All of the scores reported below were taken with the CPUs running at their default settings, with 32GB of DDR4 RAM running at 3,200MHz, in dual-channel mode, on the Asus Z590 Maximus XIII Hero motherboard. 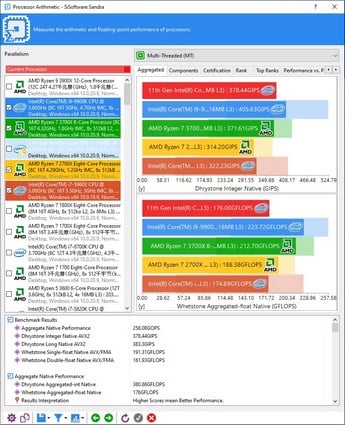 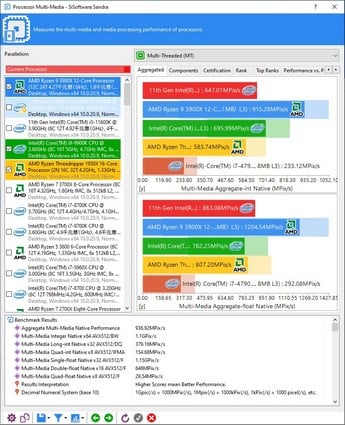 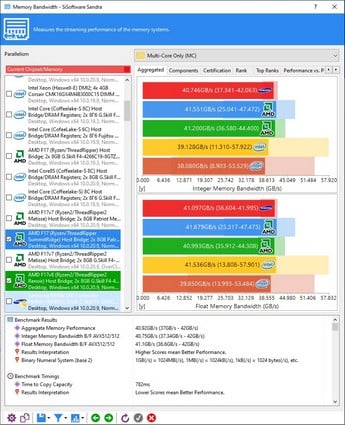 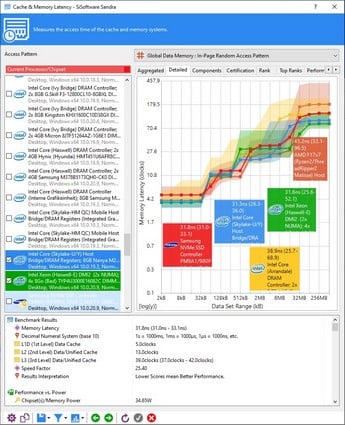 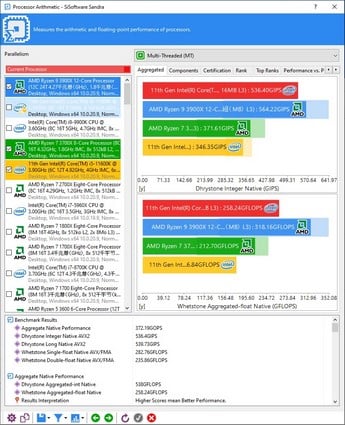 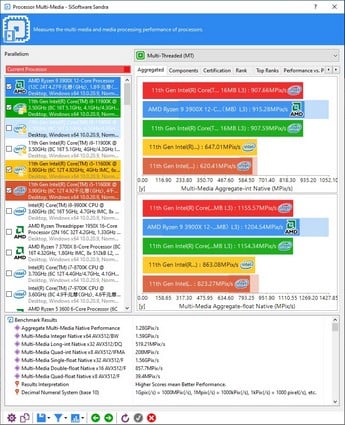 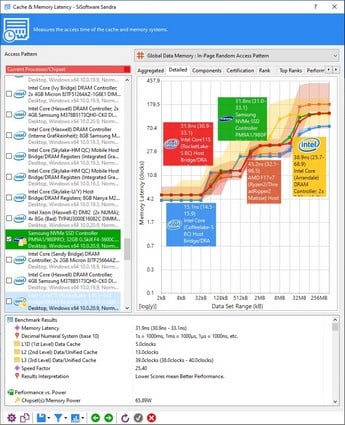 SANDRA's CPU Arithmetic benchmark shows the new Core i5-11600K finishing about in-line with a Ryzen 7 3700 in terms of integer performance, but floating-point performance is slightly behind the older Ryzen 7 2700X. And the 11th Gen Core i5's multi-media scores are competitive with the previous-gen flagship Core i9-9900K. Integer and floating point performance with the Core i9-11900K lands somewhere in between a Ryzen 7 3700 and a Ryzen 9 3900X, though multi-media performance is right about in-line with the latter. Peak memory bandwidth for both of the 11th Gen configurations is in the 41GB/s range, and average memory latency was 31.8ns - 31.9ns. 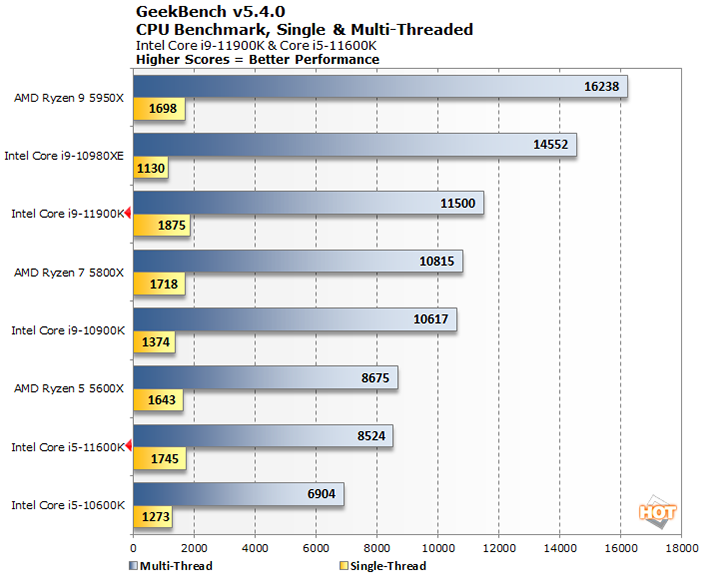 The 11th Gen Core i5-11600K and Core i9-11900K led the pack in terms of single-threaded performance in GeekBench, by far in the case of the 11900K. Multi-threaded performance is somewhat of a mixed-bag, however. In the Multi-threaded test, the Core i5-11600K can't catch the Ryzen 5 5600X, though the Core i9-11900K does manage to outrun the Ryzen 7 5800X and the Core i9-10900K (despite the 11900K having a two core deficit).
Next, up we have some full-system testing with PCMark. We're reporting all test results from the PCMark 10 benchmark suite, including the Essentials, Productivity, Digital Content Creation and and total PCMark score. The Essentials test covers workloads like web browsing, video conferencing and app start-up times, while Productivity tests everyday office apps from spreadsheets to word processing. Finally, the Digital Content Creation test evaluates performance of a machine with respect to photo and video editing, as well as rendering and visualization. 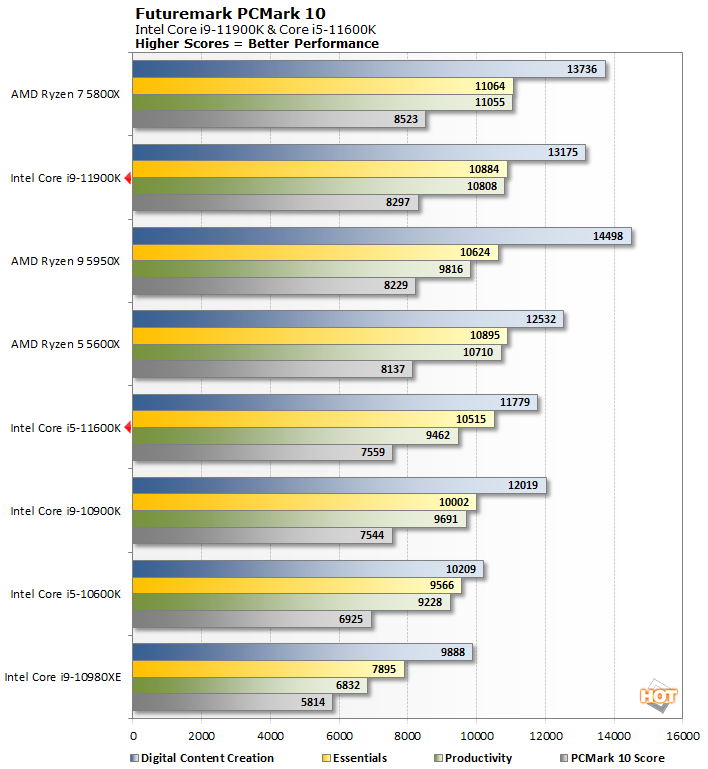 The 11th Gen Core i5-11600K and Core i9-11900K performed well in PCMark 10, with the 11900K scoring a close, second place finish and the 11600K outgunning the 10th Gen flagship Core i9-10900K in the overall score. The AMD rigs showed particular strength in the Content Creation tests, whereas the Intel rigs were most competitive in the Productivity test.
Next up, we have some numbers from the Speedometer 2.0 and Jetstream 2 tests available at browserbench.org. The Speedometer Benchmark Suite uses a wide array of latency and throughput benchmarks to evaluate web application performance and Jetstream evaluates Javascript and WebAssembly performance; both tests take all of their individual results and tabulate them into a final score.

These benchmarks measures performance of an array of browser-based technologies used on modern, rich web applications. Scores in these benchmark are an indicator of the performance users would see when browsing the web and running advanced web apps. All of the systems were tested using the latest version of Microsoft's Edge browser, with default browser settings, on a clean install of Windows 10 Professional x64. 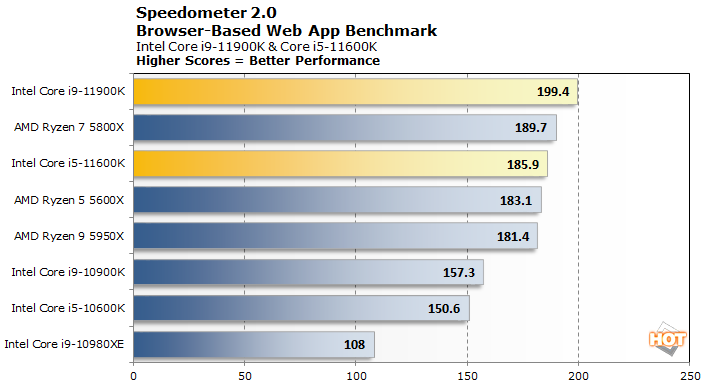 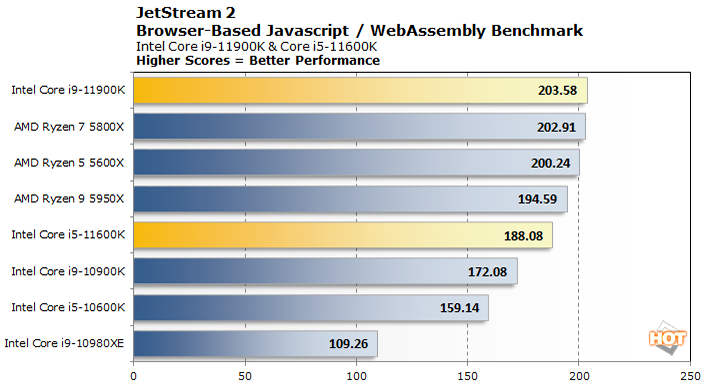 The Core i9-11900K takes the pole position in both Speedometer and Jetstream, with the Ryzen 7 5800X close behind. The Core i5-11600K drops down a few rungs, but outruns all of the 10th Gen systems and remains competitive throughout. 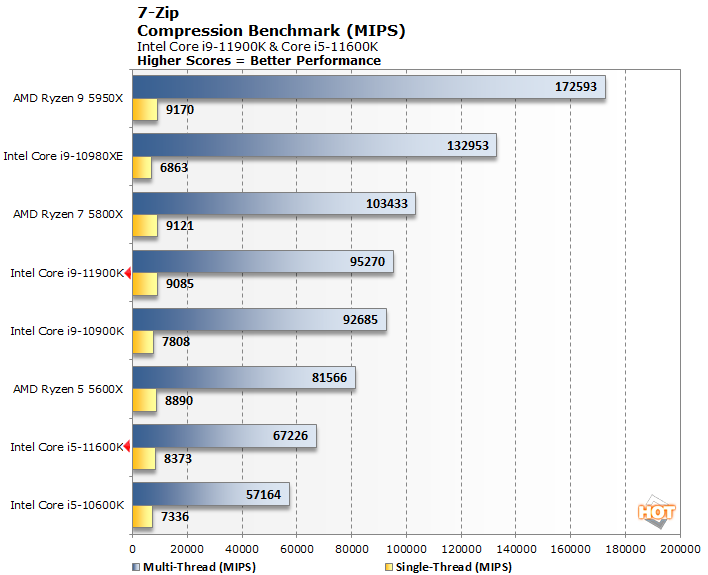