We tested the EK Fluid Gaming 270 Conquest as it shipped from the company to ensure we got the same out-of-box experience as your average buyer, with the latest Windows and driver updates installed. We also auto-overclocked it for an additional data point. Many variables can affect performance, so our comparisons should serve as a reference point, but may not be exactly like yours, even with similar configurations. Our benchmarking kicks off with some SSD, system-level and CPU benchmark tests to get an idea how the 270 Conquest performs with a variety of workloads…

Running ATTO Disk Benchmark allows us to gauge the speed of the boot drive in the EK Fluid Gaming 270 Conquest. In this case, the boot drive is the very popular Samsung 970 Evo NVMe SSD with a 500GB capacity. Unlike SATA-based SSDs, NVMe drives shuttle data through the PCIe bus for potentially much faster throughput. This particular drive is rated to deliver up to 3.5GB/s of sequential reads and 2.5GB/s writes. 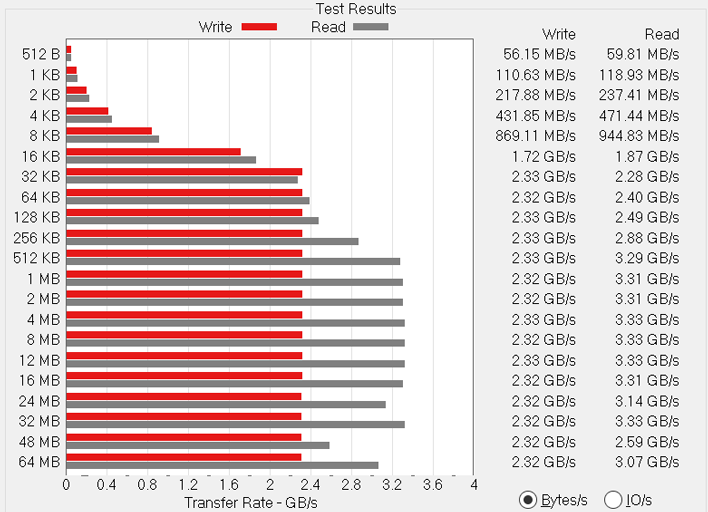 While significantly faster PCIe Gen 4 drives have now hit the market, we feel most users would be hard pressed to feel the difference in most workloads. The 970 Evo is still a very quick drive and the 500GB capacity ought to be enough space for a few of your favorite games to tag along.

With our disk speed sanity check out of the way, we can move on to assessing general system performance. The first stop is the Ryzen 7 3800X which we will step through Cinebench R20. This test is based on Maxon’s Cinema 4D modeling software that is used in movie production studios. 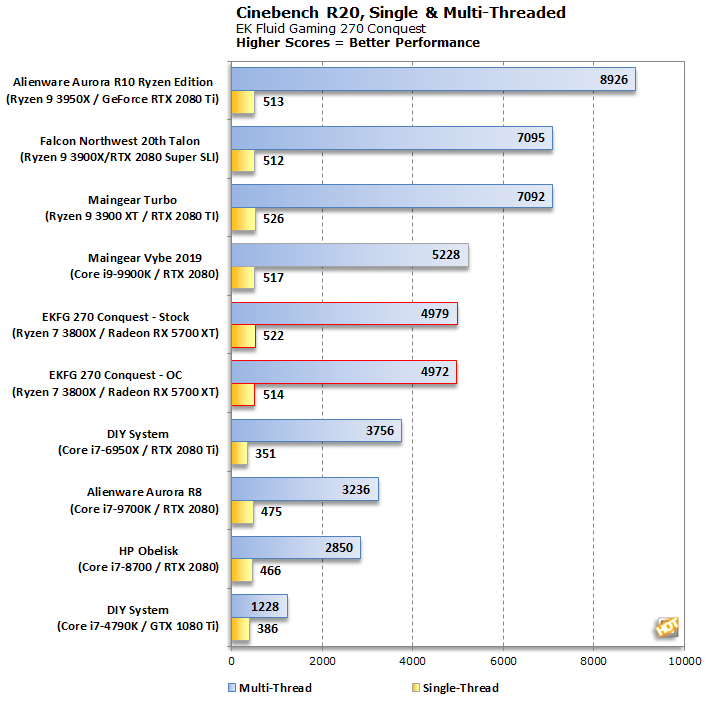 The Ryzen 7 3800X’s performance is impressive in both the multi-threaded and single-threaded tests. It performs within spitting distance of the Intel Core i9-9900K despite running at lower clock speeds. Speaking of clock speeds, however, the AutoOC mode brings the slightest of steps back in performance. Part of this is run-to-run variability, but overall it confirms the stress test’s indistinguishable results. In either case, the single-threaded scores are some of the best we’ve seen from any system. 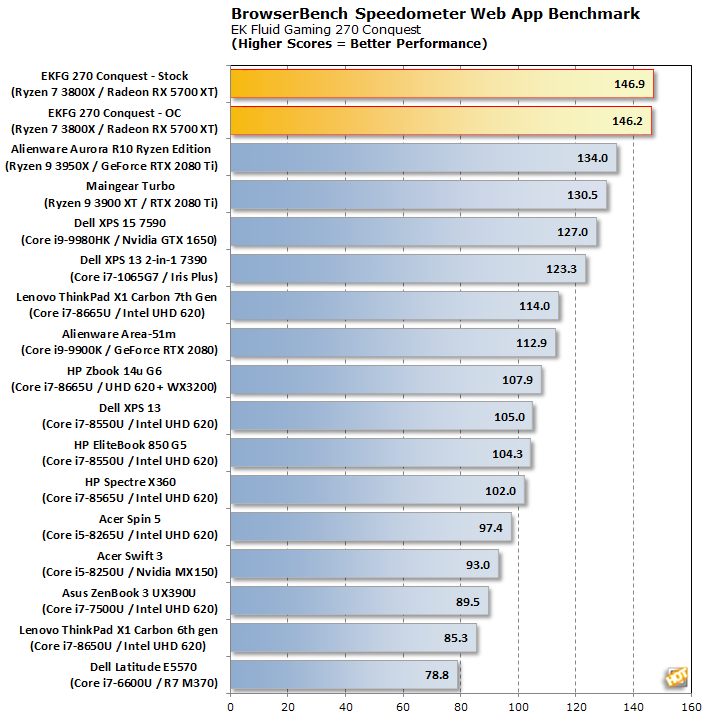 The EK Fluid Gaming 270 Conquest delivers top marks in Speedometer. Curiously, the overclocked score slightly lags the stock score again here. Both results are within the tests normal deviation, so we would not read too much into it.

PCMark and 3DMark are something of a standard when it comes to testing full-system performance in machines with discrete GPUs and very fast CPUs. Both apps report plenty of data in both detail and summary form, and we ran all of the tests that work the EK Fluid Gaming 270 Conquest's hardware pretty hard.

UL Benchmarks' suite of tests have been the go-to system benchmarks since the late ‘90s. We ran the 270 Conquest through PCMark 10, which is designed to gauge the system performance in everyday use case scenarios with GPU acceleration-enabled, while 3DMark tests its gaming chops. 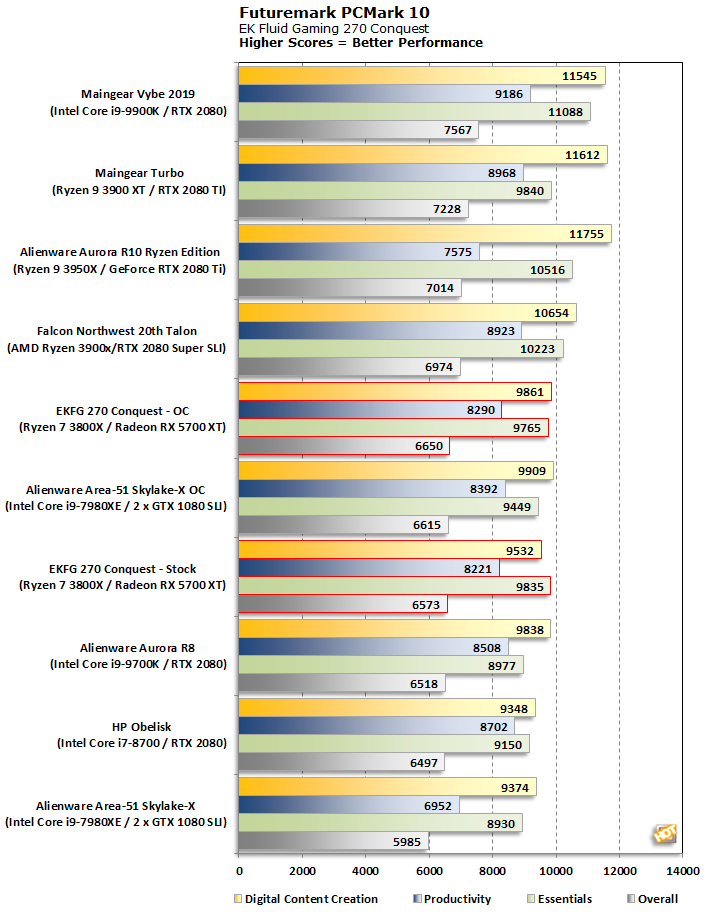 Considering the competition, we are very pleased with the 270 Conquest’s ranking here. This is the first test where the system’s GPU comes into play. As a result, the GPU overclock is able to lift scores slightly in every workload except for Essentials. Essentials includes more processor and storage oriented tasks including word processing, spreadsheet manipulation, and video conferencing so that is not much of a surprise.
PREV PAGE NEXT PAGE