In our custom LAME MT MP3 encoding test, we convert a large WAV file to the MP3 format, which is a popular use case for many end users, to provide portability and storage of their digital audio content. LAME is an open-source MP3 audio encoder that is used widely around the world in a multitude of third party applications.
In this test, we created our own 223MB WAV file and converted it to the MP3 format using the multi-thread capable LAME MT tool in single and multi-thread modes. Processing times are recorded below, listed in seconds. Shorter times equate to better performance. 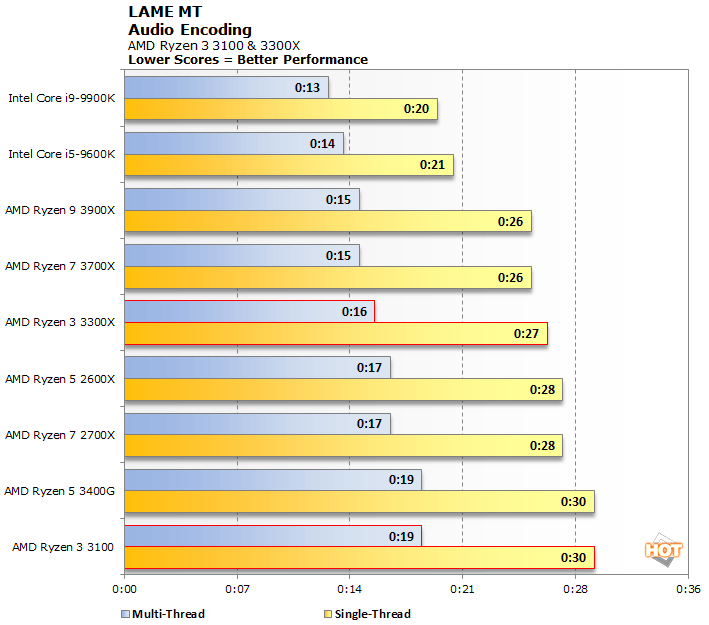 The Ryzen 3 3100 brings up the rear here, though it's right there with the Ryzen 5 3400G. The AMD Ryzen 3 3300X's higher clocks give it a big boost and put just ahead of the Ryzen 5 2600X. Intel's processors have a clear edge with LAME MT, however, and they finish in the top two spots. 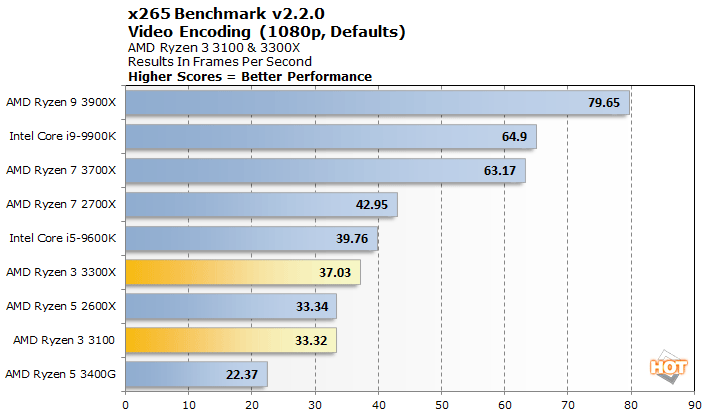 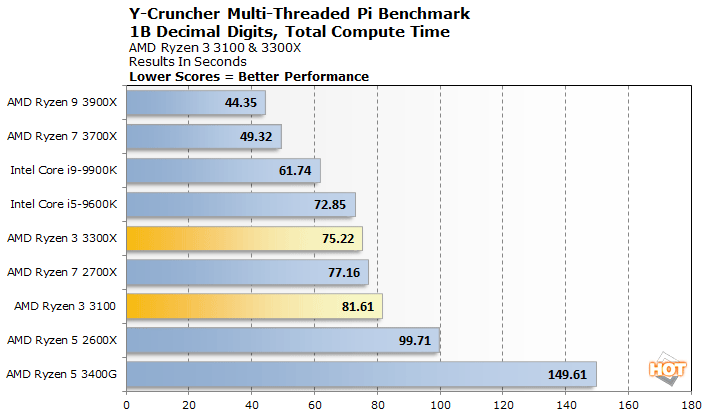 The Y-Cruncher benchmark has the quad-core Ryzen 3 3300X actually outpacing the 8-core Ryzen 7 2700X, which is a testament to Zen 2's microarchitecture enhancements and strong multi-thread scaling, and landing just behind the Core i5-9600K. The Ryzen 3 3100 blows past the Ryzen 5 2600X and demolishes the Ryzen 5 3400G. 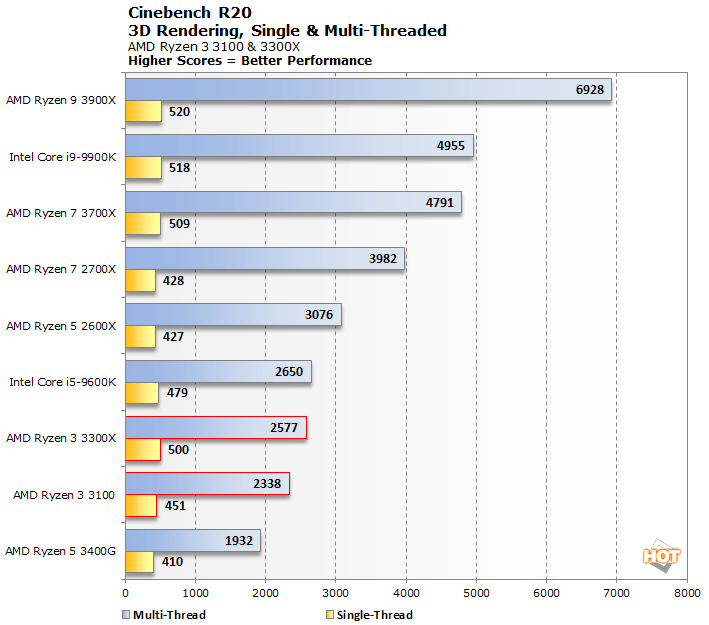 The Ryzen 3 3300X manages to outpace the Core i5-9600K in terms of single-thread performance here, and nearly catches it in the multi-threaded test as well, but ultimately trails by a couple of points. The Ryzen 3 3100 lands a notch behind the 3300X, but again well ahead of the Ryzen 5 3400G. 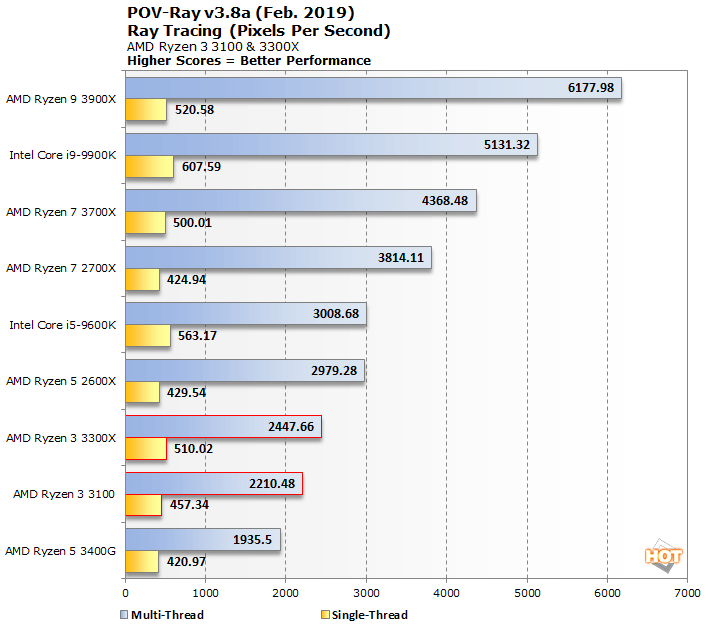 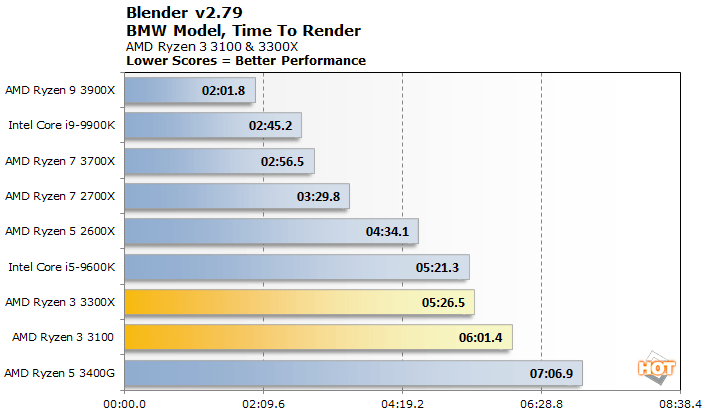 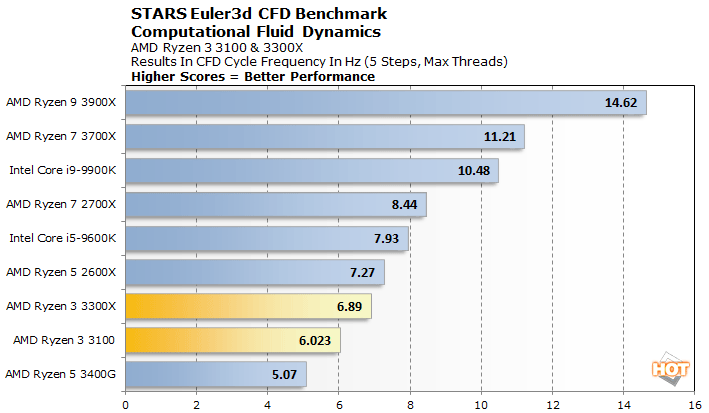