Next up we have some numbers from SPECviewperf 2020, the latest version of the venerable SPEC benchmark as of this article's publication. The entire test suite has been overhauled for this version, and it includes a new extensible architecture that's designed to make SVP easier to customize and adapt for a variety of workloads. The test also includes new medical and energy datasets, updated classic viewsets, and includes a test for Autodesk Showcase.

SPECviewperf includes a variety of tests, which produce significantly different framerates, so we've sorted them into three groups to make the results a bit easier to sort through. Please note the legends at the bottom of each chart, which designate the application or viewset used... 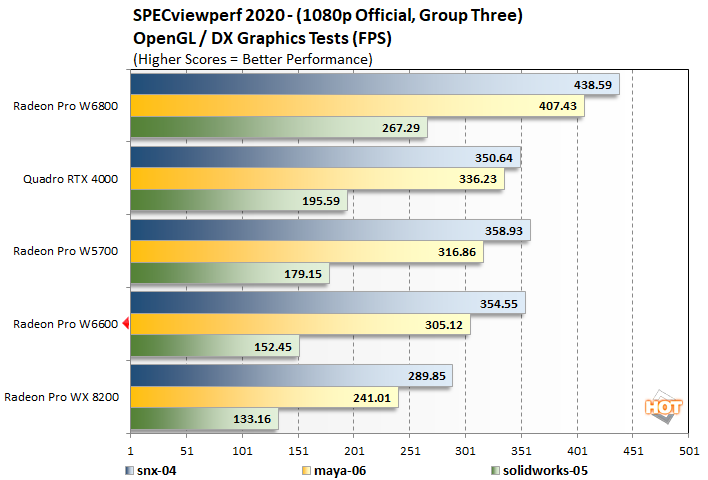 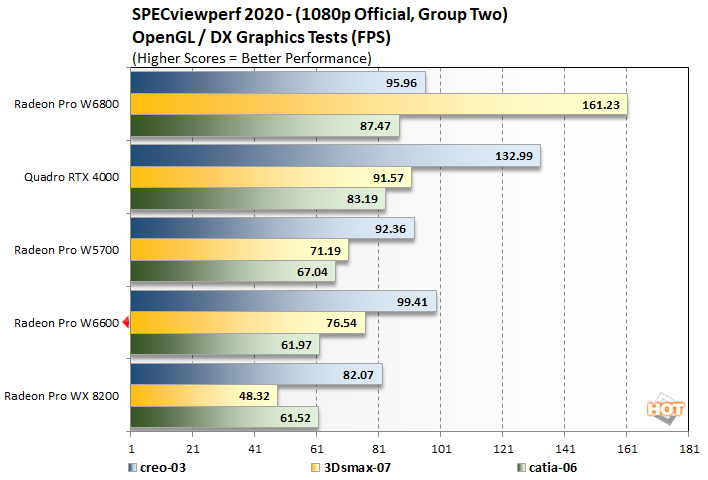 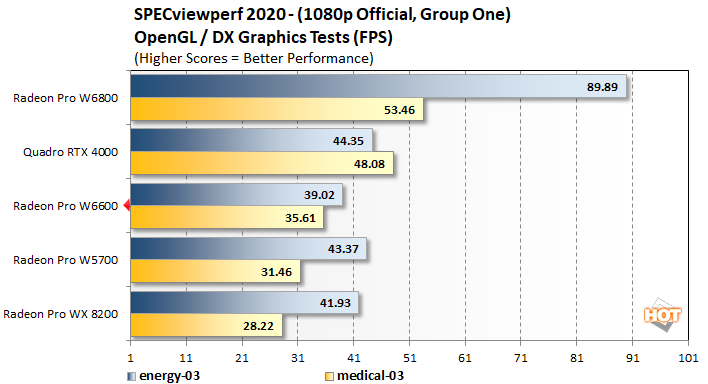 Although it pulls off a coupe of victories over the Radeon Pro W5700 (and a single victory over the Quadro RTX 4000 in the snx-04 test), the new Radeon Pro W6600 is typically a few percentage points behind its previous-gen cousin here. It did outpace the Radeon Pro WX 8200 across the board, however.

UL VRMark is designed to test a PC’s readiness for the HTC Vive and Oculus Rift virtual reality headsets. The benchmark does not, however, require that one of the headsets is attached to the PC to run and it uses an in-house graphics engine and content to ensure comparable results between different platforms. We ran the "Blue Room" VRMark test at defaults settings here, which is currently the most taxing test offered by the tool. We followed up UL's VRMark with the DirectX Ray Tracing (DXR) Feature test recently added to the 3DMark suite...

Only three of the professional GPUs we tested feature hardware accelerated ray tracing, so the Radeon Pro W5700 and WX 8200 have been omitted from this chart. As you can see, the Radeon Pro W6600 trails the Quadro RTX 4000 by a considerable here and offers less than half of the performance of the more powerful (and much pricier) Radeon Pro W6800.

The Blackmagic RAW Speed Test is a CPU and GPU benchmarking tool that tests the speed of decoding full-resolution Blackmagic RAW frames. The tool can be used to evaluate the performance at various resolutions and bitrates on the CPU or using OpenCL on a GPU. We're reporting two results here, both using 8K resolution, but at differing bitrates. 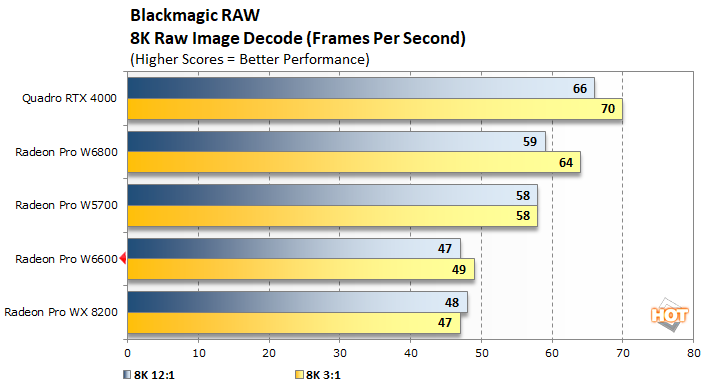 The Blackmagic RAW speed test has the new Radeon Pro W6600 hanging with the previous-gen Radeon Pro WX 8200, but trailing all of the other cards we tested.
PREV PAGE NEXT PAGE