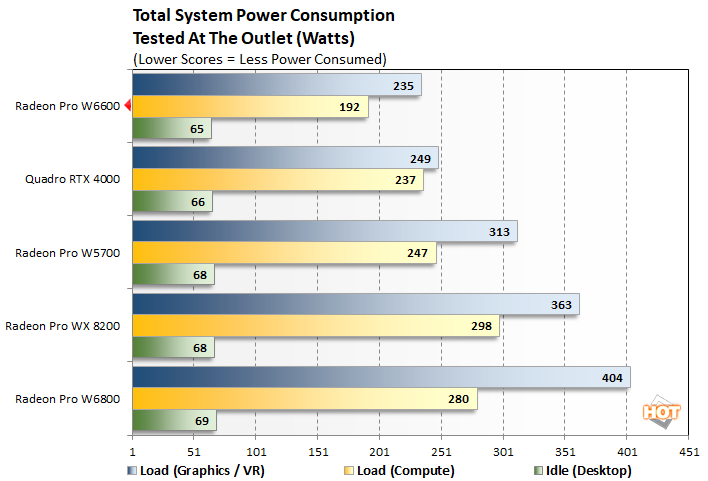 The Radeon Pro W6600 was the most power friendly card of the bunch. Under all conditions it consumed the least amount of power of the bunch. Considering the card clearly outran the Radeon Pro WX 8200 and competed favorably with the W5700, the new W6600 is clearly more power efficient than previous gen cards. 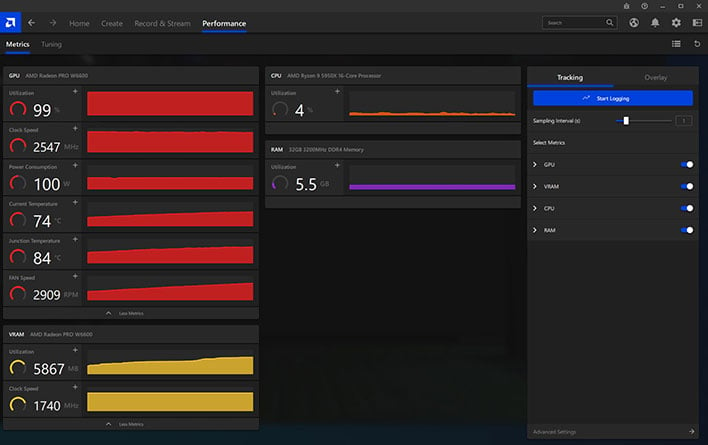 The Radeon Pro W6600's power efficiency translated to relatively cool and quiet operation as well. Under sustained load the hottest part of the GPU (the junction temperature), typically hovered in the mid-80°C range. The slim cooler, with its barrel-type fan also remained what we would consider quiet overall, but with a single fan spinning at nearly 3,000 RPM under load, the card was audible in our test setup. It is not particularly high-pitched or irritating, but under load you will most likely hear the fan spinning in a typical mid-tower system. At idle or under less strenuous conditions though, the W6600 is very quiet. 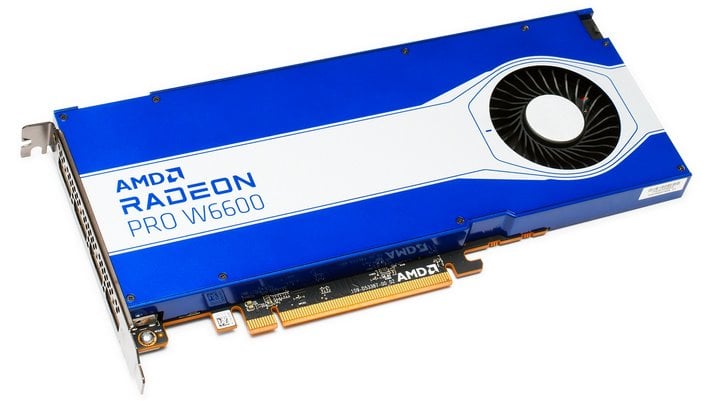 Looking back on our numbers, the Radeon Pro W6600's pricing seems competitive and in-line with the performance it delivers. This is not a benchmark-busting, barn-burner of professional workstation GPU, but rather a modern, full-featured, power-friendly card that targets more mainstream applications, and in that regard the Radeon Pro W6600 hits the mark. Workstation users or content creators that would benefit from the enterprise-class software / drivers and ISV certifications offered by a professional GPU, that don't necessarily require a top-end solution, should give the Radeon Pro W6600 a close look.