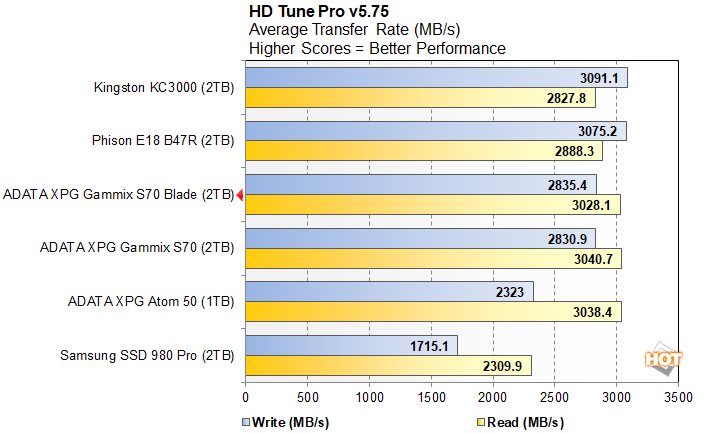 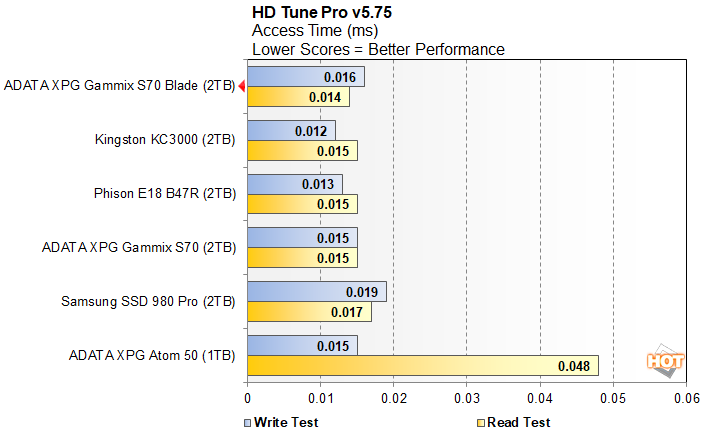 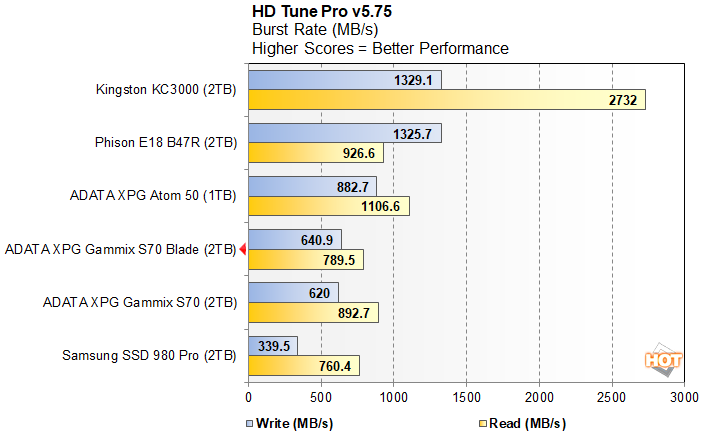 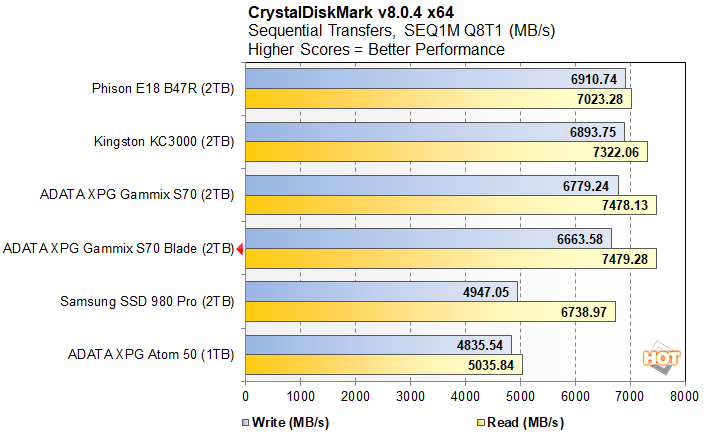 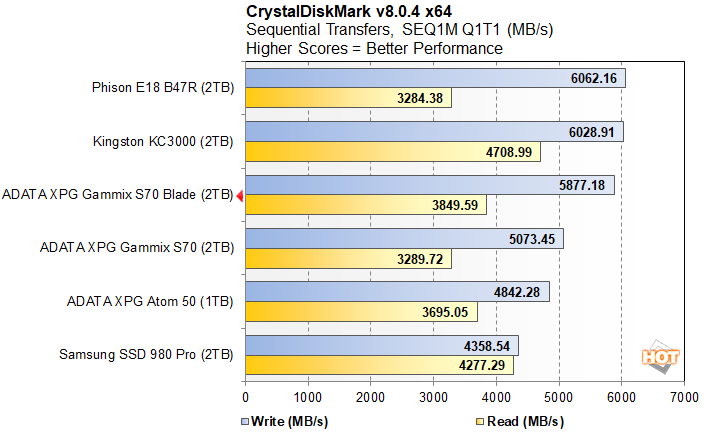 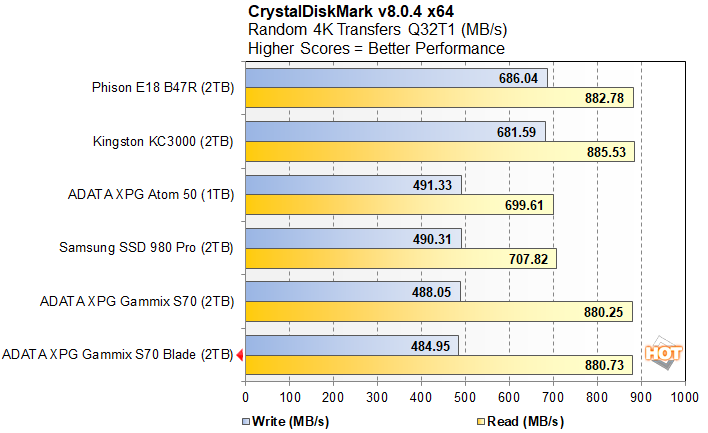 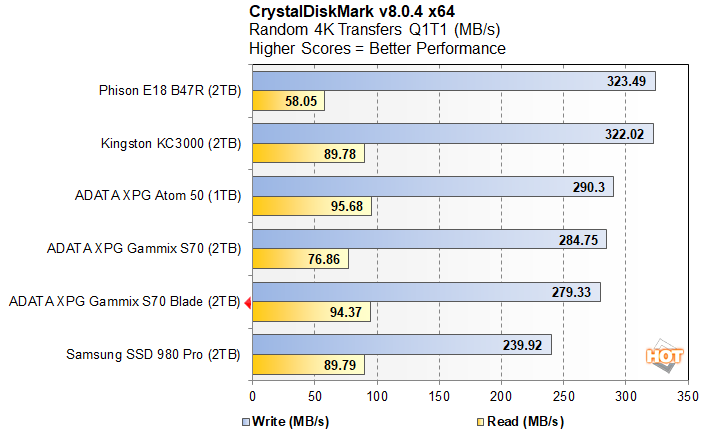 The ADATA XPG Gammix S70 Blade offered competitive performance across the board in the various CrystalDiskMark tests. The Phison-based drives offered somewhat better writes overall, but the ADATA XPG Gammix S70 Blade was particularly strong in many of the read tests. The drive offered the best sequential read speed of the bunch, and second best random 4K Q1T1 reads as well.

The ADATA XPG Gammix S70 Blade put up one of the best scores here as well, bested -- somewhat surprisingly -- by the Atom 50.

The ADATA XPG Gammix S70 Blade is an excellent NVMe M.2 SSD that competes well with some of the fastest drives currently on the market. The ADATA XPG Gammix S70 Blade offers some of the best sequential reads and writes of any PCIe Gen 4 SSD currently available, with similarly chart-topping random 4K reads and game level load times. The drive also led the pack in the trace-based mixed-workload PCMark tests. 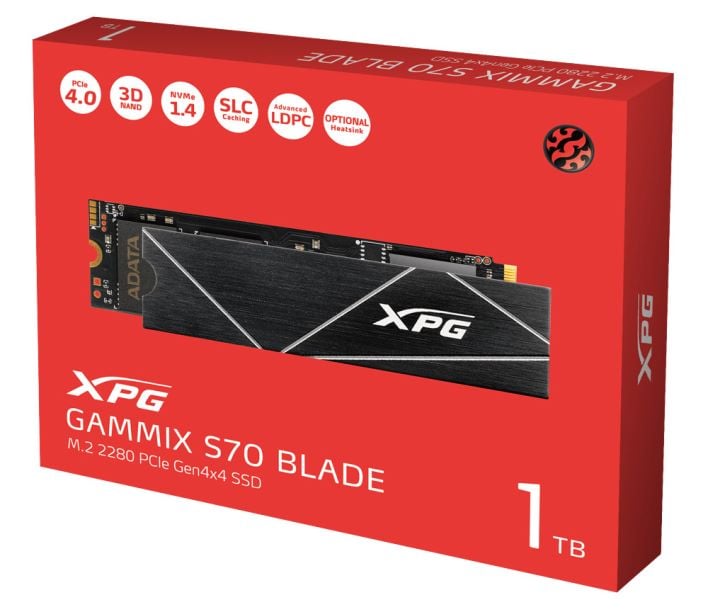