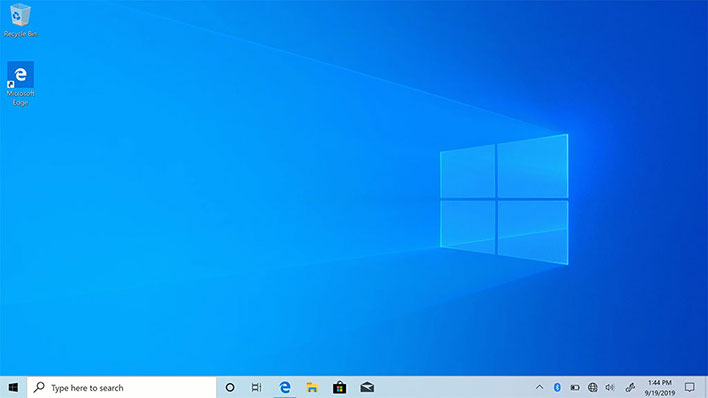 Microsoft continues to take a cautious approach to rolling out the May 2020 Update to Windows 10, with a staggered release schedule to avoid the kind of messy situation it had to deal with way back when the October 2018 Update arrived. That is a wise decision on Microsoft's part. However, where Microsoft could do a better job is in communicating with Windows 10 users why exactly they are not receiving the latest update yet.
Like many others, I have still not received the May 2020 Update on my main PC. Initially, the message displayed within the Windows Update dialog box indicated there was a compatibility issue, and that there was nothing I needed to do but sit back and wait. More recently, the error message slightly changed to simply say, "The Windows 10 May 2020 Update is on its way. Once its ready for your device, you'll see the update available at on this page."
It appears these blocks could be on the rise, as more problems emerge. People who are in the same boat as me can attempt to force an update by using Microsoft's update assistant tool. I would not advise going that route, but even if you do, it is not a guaranteed way of getting it installed. Instead, you could run into another, slightly different error message.
I decided to throw caution to the wind and give it a whirl (again), and here's what happened after the update assistant tool got to the point where it appeared to be putting on the final touches... 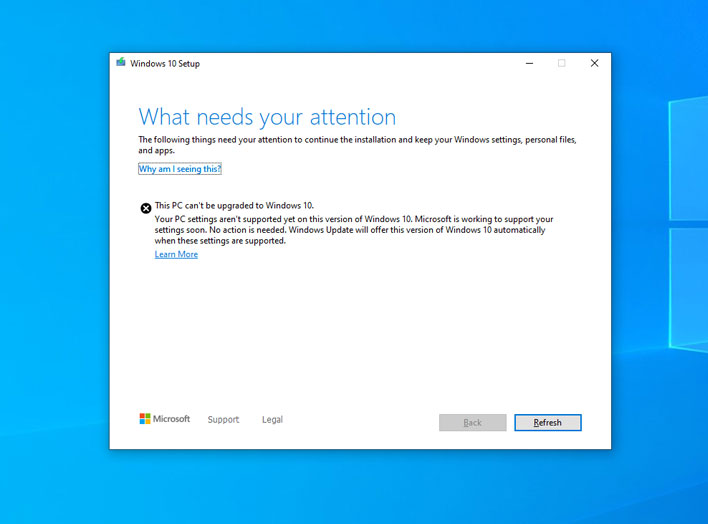 "Your PC settings aren't supported yet on this version of Windows 10. Microsoft is working to support your settings soon. No action is needed. Windows Update will offer this version of Windows 10 automatically when these settings are supported," the error message reads.
Do'h! There are multiple threads on Microsoft's support forums complaining of this same, slightly informative (but not really) message. From our vantage point, Microsoft appears to be erring on the side of caution in light of the various issues that have popped up. They include...
There have been other issues as well. It's not clear how many people are actually affected by the various bugs, but regardless, I have no problem with Microsoft taking its time on this (the May 2020 Update launched to the public nearly six weeks ago).
What's frustrating is the vagueness. Previously, I suspected that my discrete sound card might be causing the delay, or some other piece of hardware. But according to the above error message, there is something amiss with my "PC settings," which I suppose could still be the sound card. Or not. Who really knows? Not me, and therein lies the problem.

Have you been able to apply the latest feature update (Windows 10 version 2004)? If so, have you run into any post-update issues? Sound off in the comments section below.