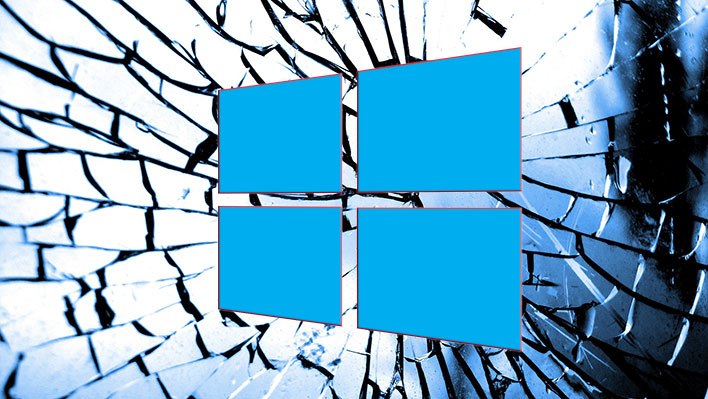 Microsoft's team of software engineers have plenty to keep themselves busy with, following recent updates to Windows 10. There are numerous issues affecting the May 2020 Update for Windows 10, but also a handful of problems introduced by separate security patches rolled out this month. One of them is causing some systems to reboot.
This particular problem is related to this month's cumulative Patch Tuesday update, which began rolling out to PCs on June 8. Microsoft has acknowledged the issue, saying the crashes are tied to the Local Service Authority Subsystem Service (LSASS), which is a process that enforces security policies on Windows systems by handling user logins, password changes, and so forth.
"The Local Security Authority Subsystem Service (LSASS) file (lsass.exe) might fail on some devices with the error message, 'A critical system process, C:\WINDOWS\system32\lsass.exe, failed with status code c0000008. The machine must now be restarted'," Microsoft states.

Microsoft's acknowledgement of the issue can be found in several knowledge base articles for multiple versions of Windows 10, including KB4561608 (version 1809), KB4560960 (versions 1903 and 1909), and KB4557957 (version 2004).
There are multiple complaints about the issue on Microsoft's support forums. In one case, a user claims they have some machines on their domain that are "crashing upon login," which in turn forces a system reboot.
"After the restart, they're able to login again and continue working until the next day," the user explains.
The good news here is that Microsoft is working on a fix, which it promises to deliver "in an upcoming release." It's not clear if it will be pushed out as an out-of-band update, or included in next month's cumulative Patch Tuesday update. In the meantime, affected users can uninstall the problematic updates, if they wish.