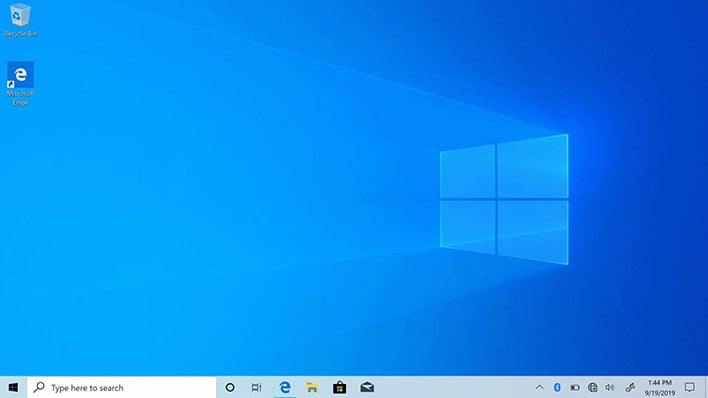 installing the May 2020 Update for Windows 10 is still not an option on my main desktop, and I am just fine with that, given the number of issues that have arisen since it went public on May 27. We have written about several of them already. The latest woes reported by Windows 10 users who made the upgrade include experiencing login issues in various programs.
Fortunately, the login headaches some users are having do not appear to be widespread. Nevertheless, it is annoying for those who are experiencing issues, no matter how many others are running into the same trouble.
Over on Reddit, a user started on a thread regarding Windows 10 version 2004 forgetting login information in Chrome, Edge, and OneDrive.

"After the 2004 updates, I need to log-in after each boot and re-authenticate myself. It's also doing flaky things with my Chrome and Edge log-ins as well into Google. Especially Chrome, it doesn't remember any of my log-ins after an hour or so, or after reboots. It sometimes happens with Edge as well. I have the latest update from last Tuesday," the user wrote.
Similar posts can be found on Google's support forum, with regards to Chrome.
"Ever since the new Windows 2004 update Google Chrome keeps syncing out. Tried reinstalling, adding Google's domains to the cookie exception list and so on. Also cookies do not get deleted after closing Chrome. I even tried installing different versions of Chrome, Canary and the beta. Nothing works," a user wrote.
One user also said they are experiencing the same issue in not only Chrome, but also Battle.net. From the outside looking in, it appears something funky is going on with the May 2020 Update, rather than each individual program, though it is difficult to tell for sure.
Microsoft has not acknowledged this specific issue, though as spotted by Windows Latest, Google security researcher Tavis Ormandy thinks it could be related with the Crypto-DPAPI master key cache. For those affected, Ormany suggests closing all Chrome windows/instances, use Windows + L to lock the computer, then unlock the computer and restart Chrome.
"I think locking flushes the dpapisrv master key cache, so if that workaround works that narrows down the problem," Ormandy said in response to one of the complaints on Google's support forum.
Are you experience login issues with the May 2020 Update installed? If so, let us know in the comments section below.