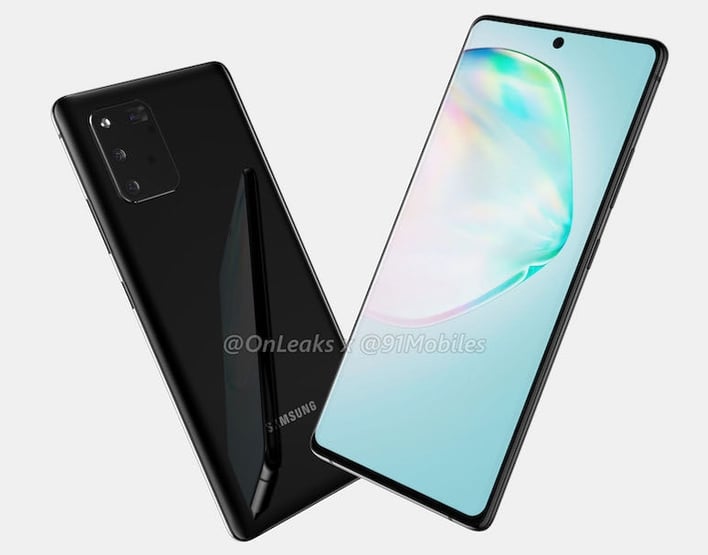 Last week, we received some information on Samsung's upcoming Galaxy Note 10 Lite, and today, it's time to learn more about its Galaxy S10 Lite counterpart. It's rather interesting that Samsung would be launching new variants of its 2019 flagships so late in the families’ life cycle, but information on the smartphones is coming from reliable sources.

The Galaxy S10 Lite, according to WinFuture, is said to feature a 6.7-inch display with a resolution of 2400x1080. This is definitely one of the "Lite" aspects of the device, as the Galaxy S10 and Galaxy S10+ feature 3040x1440 displays (measuring 6.1 inches and 6.4 inches respectively). We're also looking at an Infinity-O display to accommodate the 32MP selfie camera.

Moving along, there's a Qualcomm Snapdragon 855 SoC paired with 8GB of RAM and 128GB of storage along with a microSD. On the back of the smartphone, you'll find a 48MP primary camera with optical image stabilization, a 12MP ultra-wide sensor, and a 5MP macro sensor. It's also said that Samsung will squeeze in a relatively large 4500 mAh battery that supported Super Fast Charging 2.0 technology (45W).

A separate report from The Korea Herald is indicating that both the Galaxy S10 Lite and the Galaxy Note 10 Lite will debut at CES 2020 in Las Vegas, Nevada. This would leave some breathing room between the launch of these "lesser" smartphones and the incoming flagship Galaxy S11 family that will be powered by Qualcomm's new Snapdragon 865 5G Mobile Platform.

However, Samsung's most high-profile debut for the first half of 2020 will likely be the next-generation Galaxy Fold 2 smartphone, which has leaked frequently in the past week.