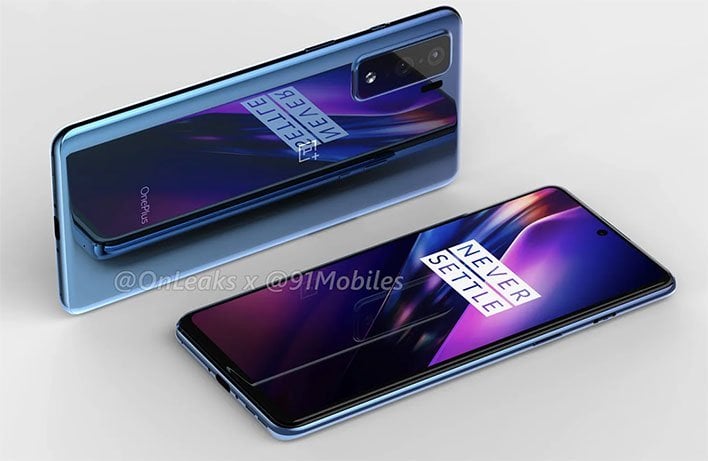 OnePlus was once the champion of introducing flagship smartphones without the “flagship price” that is often associated with them. However, over the years, each new OnePlus flagship has adhered to the “price creep” that has become the norm with new smartphone releases. Things came to a head this year with the OnePlus 8 Pro, which starts at $899 – not too far off from the Samsung Galaxy S20 family and Motorola Edge+.

Sure, the standard OnePlus 8 starts at $699, but it skips some key features like wireless charging and a 120Hz display. For those that want a current-generation OnePlus smartphone, but don’t want to fork over at least $700, the company has heard your cries. In an interview with Fast Company, OnePlus CEO Pete Lau confirmed what we’ve all been hearing rumors about for months: a new, low-cost OnePlus smartphone is on the way.

“We can look at it as having a more affordable product offering,” said Lau. “But all products that still remain up to the OnePlus standard… and through this enabling, more people to have access to OnePlus products.

“What we’re seeing is that with current products, there’s still a demand from a large consumer base for a more suitable price that enables more consumers to be able to access OnePlus products.”

Back in late April, we heard rumors that OnePlus was set to introduce a OnePlus Z mid-range smartphone, which would appease budget shoppers. This would be the spiritual successor to the OnePlus X from a half-decade ago. According to rumored reports, the smartphone could be powered by either Qualcomm’s mid-range Snapdragon 765 5G SoC, or one of MediaTek’s Dimensity 5G SoCs. Other specs reportedly on tap include a 90Hz 6.4-inch AMOLED display, 8GB of RAM and a 4,000 mAh.

The only big question is how will this phone be price? $400 seems to be the magic number, which is currently occupied by the iPhone SE and the Samsung Galaxy A51. However, that latter phone is currently available for over $100 off, making it a particularly compelling bargain at the moment.