OnePlus burst onto the Android smartphone scene by offering a lot of features and performance for not a lot of money. However, in recent years, we've seen the prices of its devices creep upwards, making them closer in parity to some of the big names in the Android world.

This year's OnePlus 8 and OnePlus 8 Pro start at $699 and $899 respectively, but it looks as though there will be a cheaper offering coming later this year. The device is reportedly called the OnePlus Z, which would be the first new mid-range offering from the company since the OnePlus X debuted nearly 5 years ago.

According to leaker Max J, the smartphone will arrive in July 2020, and could potentially make use of hardware from legacy products to save money. The popular convention seems to be that the company could nab some of the components of older OnePlus devices (i.e. the display, cameras, etc.) along with a current-generation mid-range SoC.

In this sense, OnePlus’ approach would be similar to what Apple has done with the iPhone SE, which uses the old iPhone 8 chassis and display paired with the newer A13 Bionic SoC. The alleged OnePlus Z could be powered by one of two processors: the MediaTek Dimensity 1000 or the Qualcomm Snapdragon 765. Both feature integrated 5G modems, although the former lacks mmWave support. 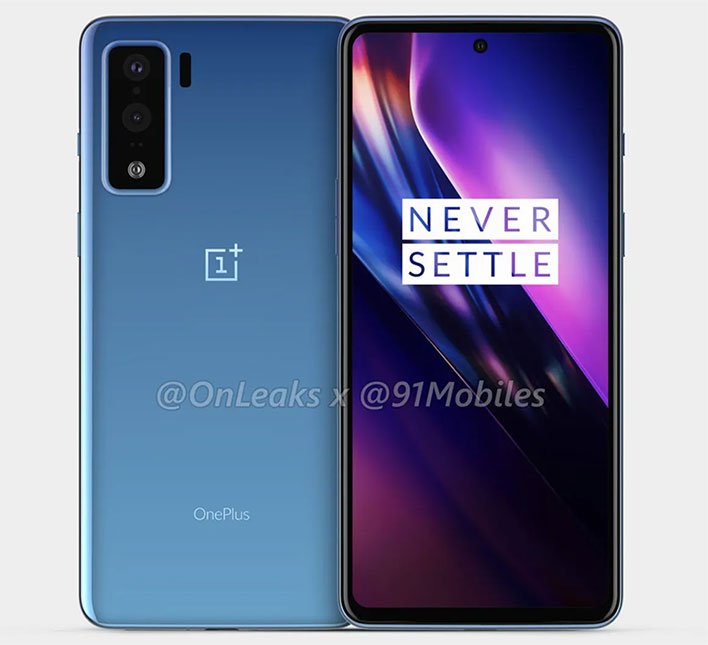 Although it’s now assumed to be called the OnePlus Z, we previously learned of this phone when it was called the OnePlus 8 Lite. Rumored specs included a 6.4-inch 90Hz AMOLED display, 8GB of RAM, at least 128GB of storage and a 4,000 mAh battery with 30W Warp Charging.

If OnePlus could somehow manage to fit all of this in a device that magically hits the same $399 price point as the iPhone SE, the company could have a real winner on its hands in the mid-range segment.