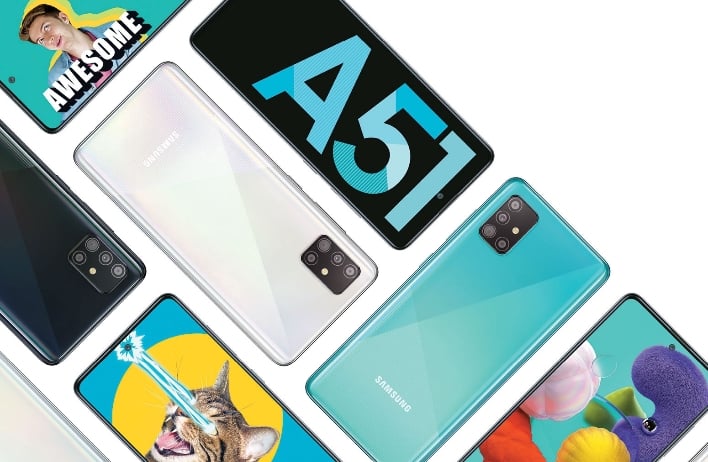 Samsung first announced its Galaxy A51 mid-range smartphone back in early December, and it came packing some very respectable specs for those that don’t want to pay upwards of $1,000 for a flagship Galaxy S smartphone. Recently, the smartphone has arrived locked to various carrier networks, and today the Galaxy A51 is now available in unlocked form.

Samsung is selling the smartphone direct from its online store, or you can opt to get the smartphone from Amazon (which might be preferable if you have an Amazon Prime Visa/Store Card that gets you 5% cash back).  Purchasing from Samsung, however, gives you the option of trading in an eligible smartphone for [up to] a $170 instant discount on that price (making it $229.99). No matter which store you choose, you’ll get a set of Galaxy Buds free with your purchase. 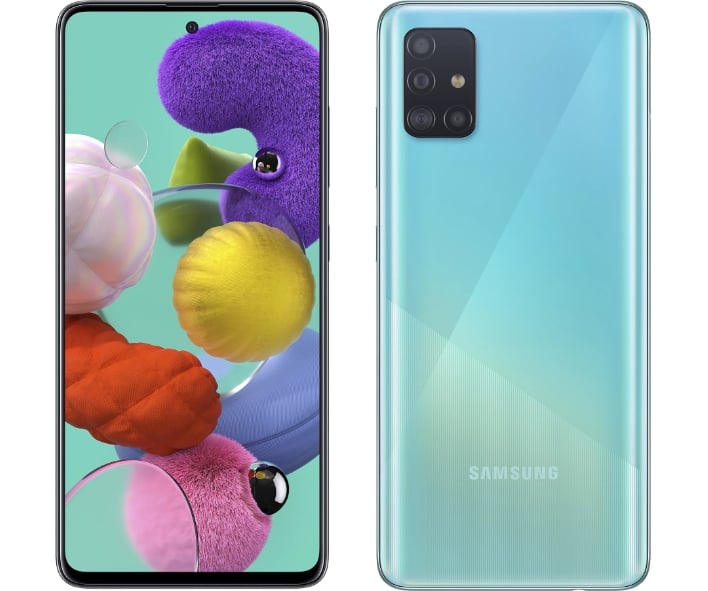 The Galaxy A51 is powered by Samsung’s own Exynos 9611 octa-core SoC paired with 4GB of RAM and 128GB of storage (plus a microSD slot for expansion). The Exynos 9611 of course isn’t a benchmark monster, but it is more than enough to satisfy the needs of most consumers. That also explains why the Galaxy A51’s predecessor, the Galaxy A50, was Samsung’s #2 seller globally in Q3 2019. 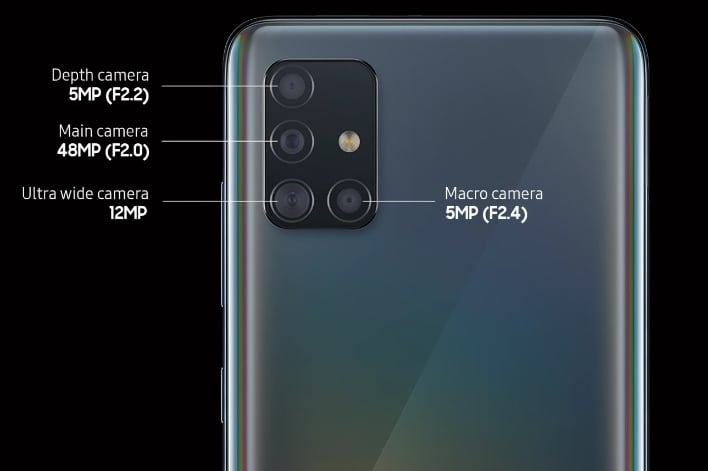 The smartphone comes with a large 6.5-inch FHD+ AMOLED Infinity-O display that features a built-in fingerprint sensor. Insider, there’s a capacious 4,000 mAh battery that supports 15W fast charging via a USB-C port. When it comes to photography, there’s a 32MP selfie camera up front, and a quad-camera setup on the rear (48MP, 12MP, 5MP, 5MP).

With a $399 asking price, the Galaxy A51 will be going head-to-head with the newly launched Apple iPhone SE. The iPhone SE might have the advantage with its A13 Bionic SoC, but the Galaxy A51 has a much more versatile camera setup, a nearly 2-inch larger AMOLED display, twice the battery capacity, and a much fresher design.