The OnePlus Pro 8 has leaked numerous times over the past few months, and the company's CEO has even "teased" certain aspects of the device including first-ever (for the company) wireless charging support. Today, however, the OnePlus 8 Pro is finally official, and it offers quite a lot of bang for the buck.

As you might expect for a 2020 flagship, the OnePlus 8 Pro is powered by Qualcomm's new Snapdragon 865 SoC, which is paired with the Snapdragon X55 5G modem. 5G availability in the United States is pretty spotty right now, but it is expected to quickly expand in 2020 with wide penetration in 2021. Of course, OnePlus isn't new to 5G, as the company offered the next-generation wireless connectivity in select versions of its 2019 flagships.

Going along with the Snapdragon 865 is up to 12GB LPDDR5 of RAM. It's not quite the spec sheet paddin' 16GB of the Samsung Galaxy S20 Ultra, but that's still plenty to make the Android operating system simply fly. OnePlus has also added up to 256GB of UFS 3.0 storage, Wi-Fi 6, and IP68 water/dust resistance. The OnePlus 8 Pro also supports both 30W wired and 30W wireless charging. 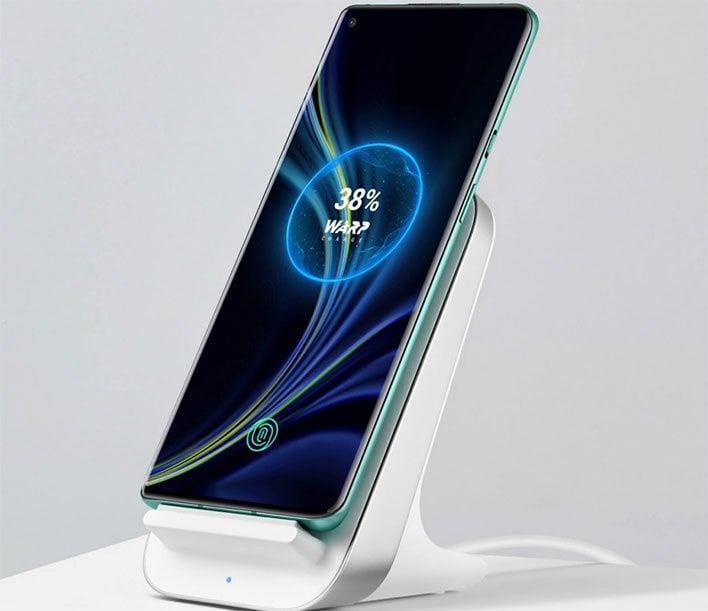 OnePlus claims that the smartphone's display has captured the highest rating ever from DisplayMate, and measures 6.78 inches across with a QHD+ resolution of 3168x1440. The OnePlus 8 Pro boasts a refresh rate of 120Hz with a touch sampling rate of 240Hz. Peak brightness reaches 1300 nits, and HDR10/10+ is of course supported.

Not surprisingly with a flagship device, the OnePlus 8 Pro features a total of four cameras: 48MP main sensor (f/1.7), 48MP 120-degree ultra-wide sensor (f/2.2), 3x telephoto sensor (f/2.2) and a color filter camera. OnePlus says that the last camera is there to add additional lighting effects and color filters to your images.

Launching alongside the OnePlus Pro 8 is the standard OnePlus 8, which it claims features a "Burdenless Design". It's aimed at those that want flagship features and performance in a device that is more compact. There is a slightly smaller with a 6.55-inch 90Hz display (2400x1080), the phone is just 72mm wide, 8mm thick and weighs only 189 grams. You'll still find the Snapdragon 865 SoC, 4300 mAh battery with Warp Charge 30T (no wireless charging here), and triple rear cameras.

Finally, the OnePlus 8 series will also be coming to the Verizon Wireless network, which is a big-time score for the smartphone manufacturer. OnePlus phones have previously been available from T-Mobile, but Verizon is the largest carrier in the United States.