NVIDIA And Google Step Up Against Microsoft’s Controversial Activision Acquisition

Following the case of Microsoft attempting to acquire Activision-Blizzard-King is like watching a stage play put on by middle-schoolers: full of drama, unscripted twists, and surprise setbacks. The latest event in this grand saga is a big one: both Google and NVIDIA have thrown their hats into the ring, providing commentary to the FTC in support of its complaint against the merger. 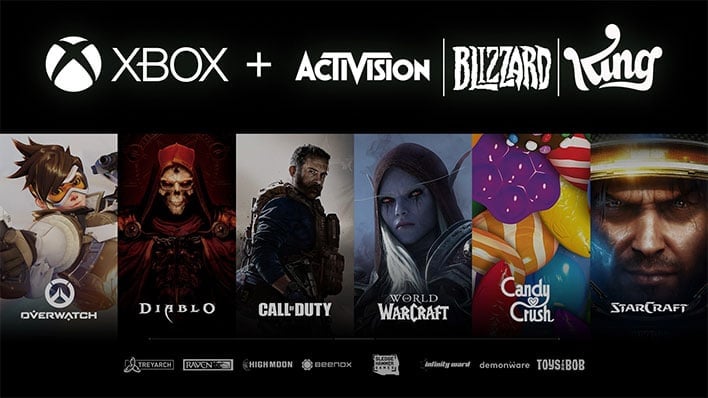 If you're out of the loop, Microsoft, who is already a large game publisher in its own right aside from owning the Xbox and Windows platforms, is trying to purchase the massive Activision-Blizzard-King conglomerate. The company has faced resistance every step of the way, both from its competitors (including direct rival Sony Corp) as well as regulatory challenges across the globe.


Of course, the biggest roadblock to the merger is the lawsuit from both companies' home stomping ground, the United States Federal Trade Commission. The FTC's complaint says that it thinks Microsoft will gain an unfair advantage in the marketplace for cloud, subscription, and mobile gaming with the purchase. That's fair enough, because Activision is one of the biggest and most successful game publishers in the world.
Microsoft's original response to the complaint was to attack the validity of the FTC as an entity, although it quickly withdrew those remarks. The House that Gates Built is still fighting the suit, but now that Google and NVIDIA have stepped in, it may be a much harder battle.


This news comes to us by way of Bloomberg, who cites anonymous industry sources; Google and NVIDIA declined to comment on the matter. Still, it makes sense for the two companies to oppose the merger if they think it would be harmful to the games business as a whole. Google operates the Android platform that hosts many games created by Activision, and Microsoft could take actions detrimental to that revenue stream.
Meanwhile, even though the company doesn't run a platform like Android, a huge portion of NVIDIA's revenue—more than 45%, as of last reckoning—comes from the gaming market. NVIDIA's complaint, according to Bloomberg, isn't explicitly against the merger, but instead supports the FTC's concerns that the purchase could unbalance the market and lead to less consumer choice.

For its part, Microsoft has been eager to assuage the concerns of rivals and competitors. Early on, the company quickly agreed to keep the flagship Call of Duty franchise available to Nintendo platforms for at least ten years, while it promised the series to rival Sony in perpetuity. Call of Duty isn't the only concern at hand, though. Given all of the opposition to the merger it seems less and less likely by the day.