Microsoft Admits That Calling The FTC Unconstitutional Was A Bad Idea

This attempt by Microsoft to purchase Activision-Blizzard has been incredibly contentious. Besides challenges from the industry, the attempted acquisition has seen push-back from legislators in several places, including the EU, the UK, and here at home in the US. The FTC filed a lawsuit to block the purchase, and what was Microsoft's response? To claim that the FTC itself was unconstitutional.


Now, we understand being upset when you don't get your way, but attempting to dismantle the entire FTC and its court (where the hearings are being held) seems a bit extreme. Microsoft clearly agrees, because it has now withdrawn its original rebuttal to the FTC's lawsuit and replaced it with one that removes a five-point clause attacking the FTC directly.
It sounds absurd, but it's true—if you read the original filing, which is still available on the FTC website, scroll down to point 17. It states that "these proceedings are invalid" because "the structure of the Commission as an agency [...] violates Article II of the U.S. Constitution."


Across the next five bullet points, the document goes on to make several other attacks on the agency as well as attempts defenses of Microsoft's purchase on constitutional grounds, saying that "the Commission's procedures violate Microsoft's right to procedural due process under the [...] Fifth Amendment." 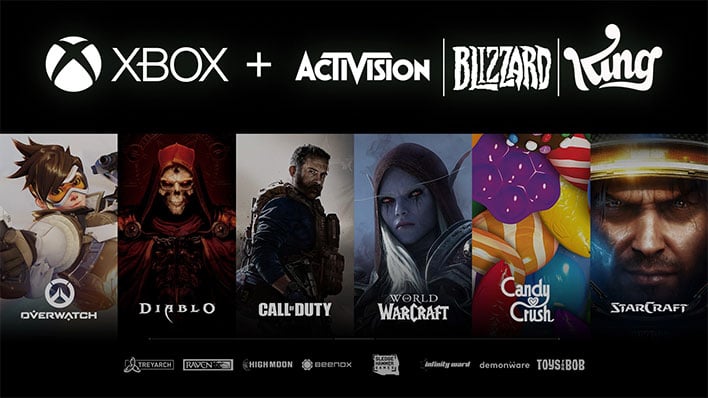 Aside from those rather antagonistic statements, Microsoft's arguments are largely un-amended in the new response. The company strongly believes that it needs this purchase to proceed to be able to compete in the market against its competitors, primarily Sony, and also that the acquisition of Activision-Blizzard-King will bolster competition rather than hurt it.

If Microsoft can't get the case thrown out or settle out of court with concessions to the FTC, the acquisition won't go through. The purchase offer for ATVI expires in July, but the FTC case doesn't go to trial until August.