The Federal Trade Commission has voted to issue an administrative complaint against Microsoft Corp.'s acquisition of game developer Activision-Blizzard. The announcement follows Microsoft's agreement with Nintendo concerning the highly-popular Call of Duty franchise.

Just a mere two days ago, Xbox CEO Phil Spencer announced that Microsoft had entered into a 10-year commitment to bring Call of Duty to Nintendo following the merger of Microsoft and Activision-Blizzard-King. The announcement also included a commitment to continue to offer Call of Duty on Steam "simultaneously to Xbox" after the deal had been closed. What is still missing, however, is any type of long-term deal with Sony. Now, the FTC has issued a statement saying it "alleges that maker of Xbox would gain control of top video game franchises."

The FTC believes that the deal would enable Microsoft "to harm competition in high-performance gaming consoles and subscription services by denying or degrading rivals' access to its popular content." This is not the first time an agency has voiced concern over the deal. The UK's Competition and Market Authority (CMA) has also issued statements with its own concerns. The CMA believes that with Microsoft's pre-existing gaming platform with Xbox, and its cloud infrastructure, the company is in an optimal position to monopolize the cloud gaming market. 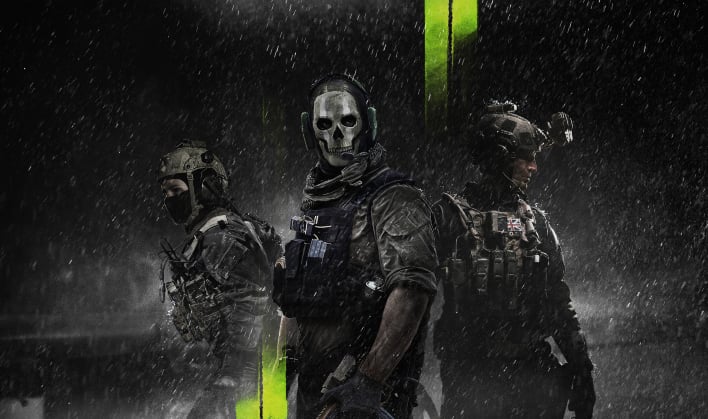 In the complaint issued today by the FTC, the agency pointed to Microsoft's record of acquiring and using valuable gaming content to crush competition from rival consoles, which includes its acquisition of ZeniMax, the parent company of Bethesda Softworks. After acquiring Bethesda, Microsoft made popular titles such as Starfield and Redfall Microsoft exclusives, despite assuring the European antitrust authorities that "it had no incentive to withhold games from rival consoles."

Holly Vedova, Director of the FTC's Bureau of Competition, stated, "Today we seek to stop Microsoft from gaining control over a leading independent game studio and using it to harm competition in multiple dynamic and fast-growing gaming markets."

The announcement pointed out that Activision is one of a small group of top video game developers in the world that is capable of creating and publishing high-quality video games for multiple devices. The company has produced some of the most iconic video games in the industry with the likes of Call of Duty, World of Warcraft, Diablo, and Overwatch.

The FTC is concerned that Activision's willingness to offer its games on many devices will be threatened if the Microsoft deal goes through. The agency says that Microsoft has "both the means and motive to harm competition by manipulating Activision's pricing, degrading Activision's game quality or player experience on rival consoles and gaming services, changing the terms and timing of access to Activision's content, or withholding content from competitors entirely, resulting in harm to consumers."

The Commission's vote to issue the complaint stood at 3-1, with Commissioner Christine S. Wilson being the only no vote. An administrative complaint is issued when the agency has "reason to believe" that the law has been or is being violated, and appears a proceeding is necessary in the public interest.