Yet another chapter in the Microsoft and Activision-Blizzard merger has surfaced and this time it is an agreement with Nintendo. While Microsoft has been under scrutiny from multiple regulators in the UK and EU, it has been apparently wining-and-dining regulators in the US. It has also making deals with other companies, all dependent on if the merger goes through. In that vein, it looks like Xbox Boss Phil Spencer has announced a deal between Microsoft and Nintendo. That's right, Microsoft has promised to bring Call of Duty to Nintendo platforms for 10 years.

On Twitter, Spencer stated that "Microsoft has entered into a 10-year commitment to bring Call of Duty to Nintendo following the merger of Activision Blizzard King." This looks like the same deal that Microsoft has been offering Sony. Sony has been adamant that Microsoft would take the popular shooter series to pure exclusivity for Microsoft platforms. 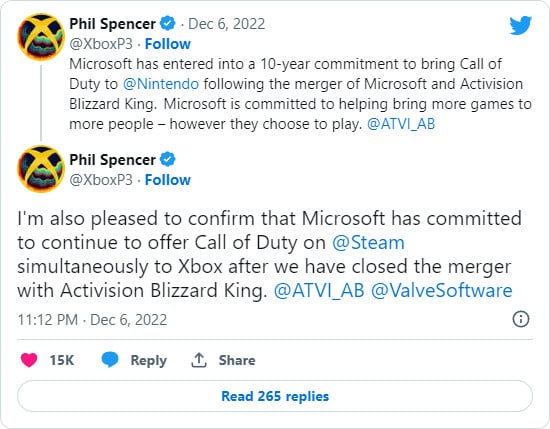 On top of the Nintendo deal, Spencer also Tweeted that Microsoft intends to continue its relationship with Valve by also ensuring Call of Duty remains available on Steam after the acquisition. The end goal, primarily, is to make sure that the deal looks so positive for everyone that the regulators across the world don't really have many good reasons to prevent the merger from happening.

The UK's Competitions and Market Authority (CMA) still has its initial concerns about emerging markets. It contends that because of Microsoft's pre-existing gaming platform with Xbox, and its cloud infrastructure with Azure, that it is in a prime position to monopolize the cloud gaming market. Overall, said cloud gaming market hasn't been entirely positive, adoption is slow, and even Google is shutting down Stadia in January. Microsoft, however, does have Xbox Cloud gaming for Game Pass Ultimate subscribers. There is also NVIDIA's GeForce Now, and Amazon's Luna providing competition in the market so far, making the argument relatively hard to stand on for the UK.

Offering Call of Duty on Nintendo products is not particularly new. While Nintendo often attempts to remain as "family-oriented" as possible, even it cannot deny the massive popularity of the title. That makes this deal very lucrative for it. This especially the case since the latest iteration, the remaster Call of Duty: Modern Warfare 2, became the fastest selling title in the series ever. The first title available for a Nintendo platform was Call of Duty: Finest Hour on the GameCube, with later follow ups. We even saw a rifle controller accessory for the Wii. 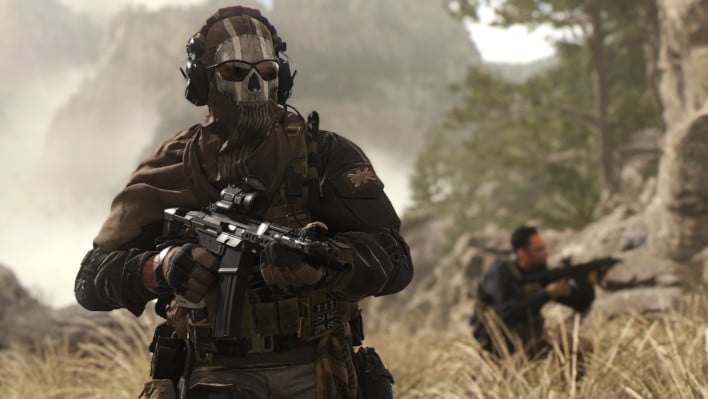 Screen Capture of a fighter in Call of Duty: Modern Warfare 2

Will this sway regulators and Sony? It's hard to say. Because Microsoft has brokered these deals it does look good for the company, but we don't doubt that Sony, and others, will add in the next argument, "what about after 10 years?" That said, Microsoft acquired Minecraft developer, Mojang, in 2014, and 8 years later the popular voxel-based survival game has been on more platforms than we can list. So it is not like it is incapable of supporting more devices. As of right now, because of these deals, we think the merger might just make it through the regulators.