Although its name has been somewhat of a mystery until now -- we've heard Galaxy Fold 2, Galaxy Bloom, and now Galaxy Z Flip -- there's no question that we're now getting a good look at the smartphone that Samsung plans to launch early next month. Here's the Galaxy Z Flip in all its glory, and it shows a device with a flip-phone style form-factor akin to the new Motorola Razr.

The images come from WinFuture, which has a pretty long track record when it comes to leaking Samsung smartphones. We can clearly see a punch hole cutout in the top center of the folding Infinity-O display for the 10MP selfie camera (f/2.0). 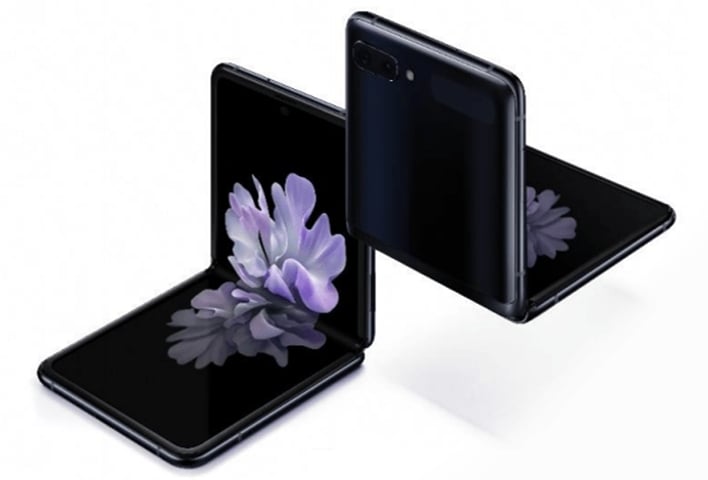 The display itself measures 6.7-inches diagonally (when unfolded) and features a resolution of 2636x1080 with a rather tall 22:9 aspect ratio. According to the leak, the display is made from ultra-thin glass, rather than the easily damaged plastic found on the original Galaxy Fold. On the back you'll find dual 12MP cameras (f/1.8 primary, 4/2.2 ultra-wide sensor). Beside the rear camera pod is an LED flash and a 1.06-inch secondary display with a resolution of 300x116. 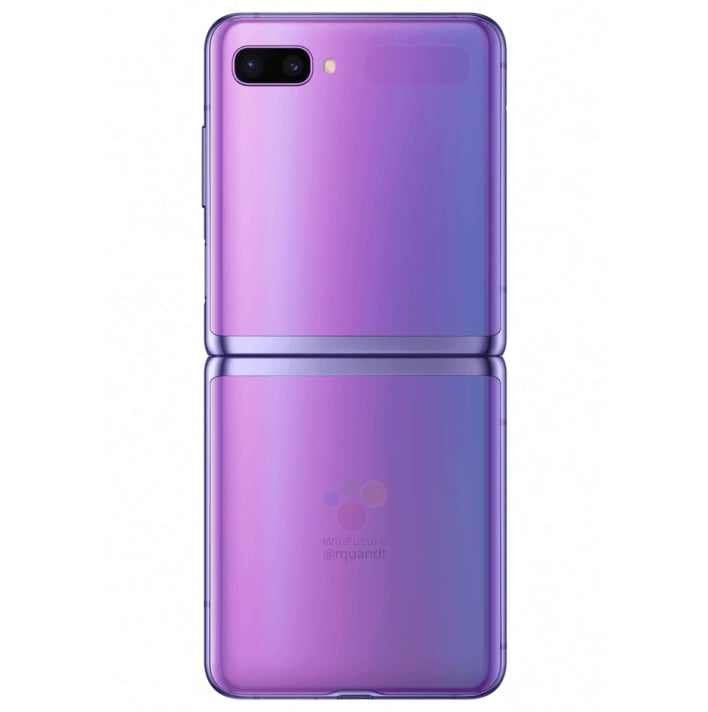 Inside, there’s a Qualcomm Snapdragon 855+ SoC and unfortunately, no 5G support. The SoC is paired with 8GB of RAM and 256GB of storage an in a wild departure for Samsung, there is no microSD slot for storage expansion (you also won't find 3.5mm headphone jack). As for the battery, it's split into two segments -- one per display half -- with a combined capacity of 3300 mAh. Wired charging is supported at up to 15 watts, while Qi wireless charging is capped at 9 watts.

The Galaxy Z Flip is expected to be revealed at a Samsung Galaxy Unpacked event on February and the device will allegedly launch with a $1,400 price tag.