How big will Call of Duty: Modern Warfare, it's Warzone spin-off, and Call of Duty: Black Ops Cold War ultimately get before all is said and done? Even Activision may not have a definitive answer to that question. However, the publisher did warn that the latest update could prove too bulky for some base model PlayStation 4 console owners, who may have to delete some content to make room.
Activision has begun pushing out the Season Two update, and like previous ones, it requires a lot of storage space. So much, in fact, that Activision issued a warning to PS4 owners.

"Those who own a standard PlayStation 4 with a default hard drive of 500GB may need to make room if they have the full versions of Modern Warfare/Warzone and Black Ops Cold War with all modes and packs installed," Activision wrote in a blog post.
"Should you have both games installed and have kept up to date with updates, you may need to delete some unused Game Content to have a successful download and install of the Warzone patch," the publisher added. 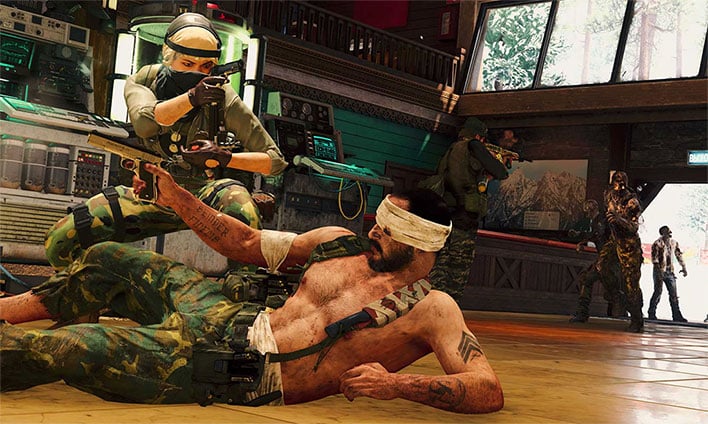 That's around 270GB of storage space. Bear in mind that the usable space on a 500GB model PS4 is actually closer to 400GB, after accounting for the OS and other required bits. Now let's say you also have Red Dead Redemption 2 installed, which takes up around 105GB of storage space, At that point, you are just about out of room.
There are steps you can take to make room for the latest update (and other games), some of which Activision outlines. For example, in the Black Ops Cold War main menu, press R3 to bring up File Management, then "delete any content you may not have played in a while."
You can do the same in Modern Warfare/Warzone, except at the main menu, press Options, select the General tab, and then scroll down to Game Installs.
"No matter which platform you play on, remember that the Warzone download is not necessary if you are only playing Black Ops Cold War and vice versa. Furthermore, players can choose to uninstall/remove other data packs if they are no longer needed for a smaller overall file size," Activision says.
PlayStation 5 owners have a bit more breathing room, though not a ton—there is around 667GB of usable space on the 825GB SSD.